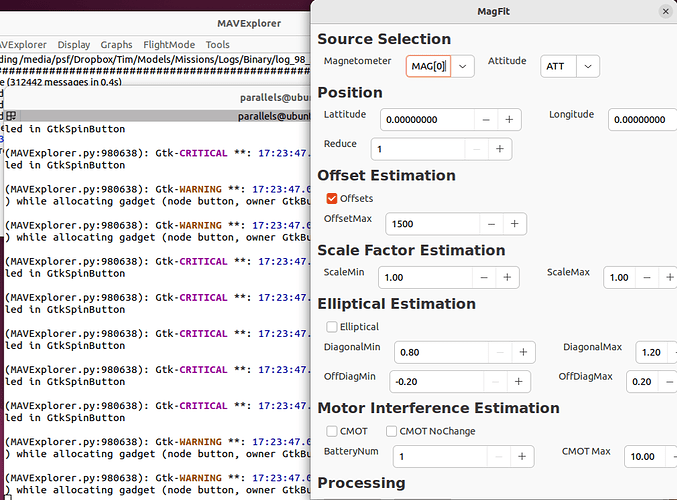 This screenshot maybe shows it better: 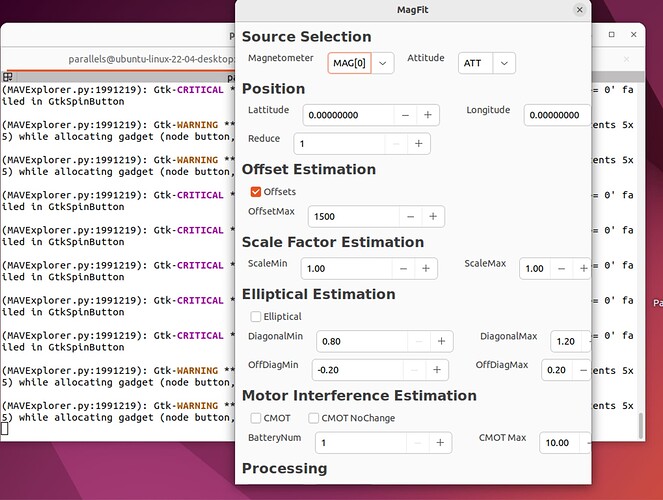 While doing log analysis on a test log on 4.3.3 beta1, I tried to use magfit but the contents dialog runs off the bottom of the window so it’s not possible to press the “Run” button. Any idea if I can fix this in settings somewhere, or is it a bug?

I’m running MAVExplorer.py 1.8.59 from a clone I took direct from GitHub on the weekend. Also python 3.10.6

Nope - just get a smaller dialog box with the content still too big for the box. 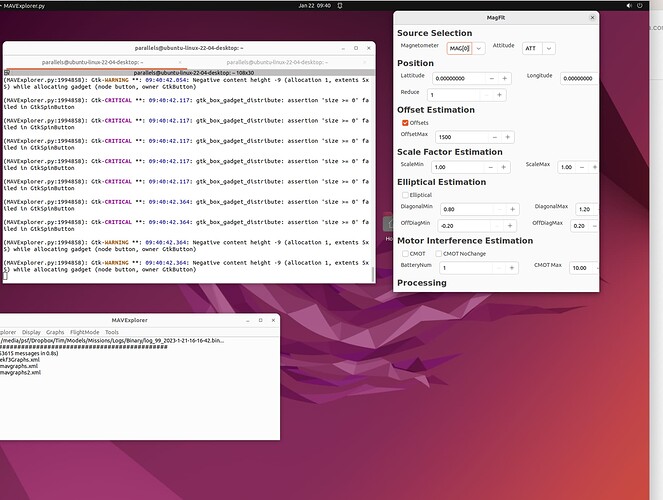 I’ve also been running into the same issue as @timtuxworth on Ubuntu (LTS, Pi-LTS, Budgie, PopOs). I’ve tried to re-size the screen but that didn’t help.

@timtuxworth if you want to resize your window you can probably make this change in the code: Comparing ArduPilot:master...rishabsingh3003:resize_magfit · ArduPilot/MAVProxy · GitHub
You’ll need to uninstall MAVProx, then build and install again with the change. You can then resize with cursor after that… I tested it

Thanks @Allister I tried magfit_WMM.py and as a command line tool only, yes it does work, thanks for that.

Thanks @rishabsingh3003 , I’m already running the dev version, so it was easy to try. It works immediately, I don’t even need to resize the dialog, the “Run” and “Close” buttons are now visible in the dialog.

I do get a number of these errors

Any chance your change can get pushed to master?

Thanks for trying it out!
I am unsure if I can get it merged… it’s probably not the correct solution. It might need some rework. I did this as a short hack for you…

I do appreciate that @rishabsingh3003 , but if myself and @Allister are reporting the problem, for sure others are having the problem too, so I’m thinking it probably needs a proper solution.

@timtuxworth merged! So should be automatically fixed when we have a new MAVProxy release

Thanks @rishabsingh3003 , I pulled it and ran setup.py, it does work but throws a bunch of these asserts when it runs: