Have rebooted it. Have restarted PC. Have checked for updates.

Why can’t i expand the folder? 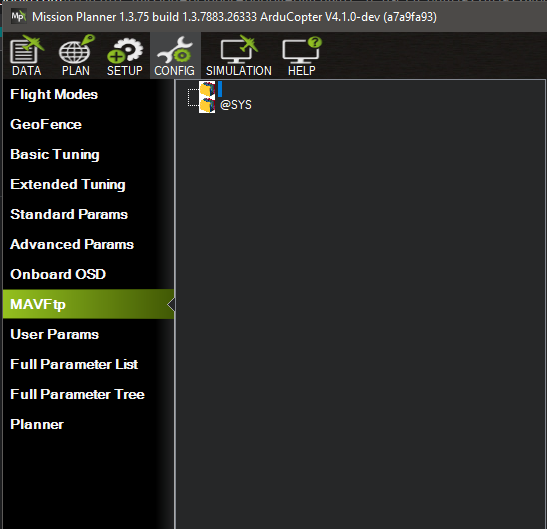 Please update to ArduCopter 4.1.1. Why are you using an alpha Firmware version???

Anything that ends in -dev. You’re using an early
development version when the stable version of the same has been released.

I cloned GitHub - ArduPilot/ardupilot at Copter-4.1 and somehow ended up with V4.2.0-dev

If you simply clone the repo and build the master branch, you get the latest dev version. Use the latest stable version by downloading within Mission Planner. Even trying to clone a particular commit hash is unreliable with respect to building a stable branch (the project simply moves fast!).

You mean simply uploading the Copter 4.1.1 OFFICIAL to my board directly? I have some code modifications to implement so just the .apj doesn’t work for me

Yes, that’s what I mean. If you clone the Copter-4.1 branch, you are getting a dev version. It’s almost always ahead of the stable release.

Okay thanks, what about the codebase itself? To modify/build code and then regenerate that same stable 4.1.1 .apj with minor mods?

You’ll need to search the commits for the stable release and check out that specific branch. 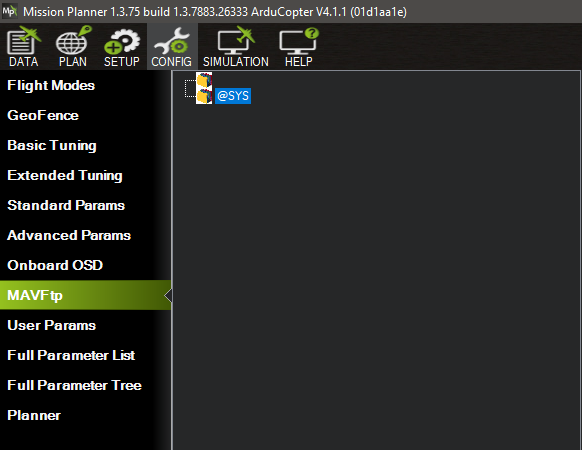 Okay, can you point me in the right direction? I can’t tell which is the stable release on github

The easiest way of which I’m aware to build your own version at a specific point in the ArduPilot release history is to look at the ArduCopter/release_notes.txt commit history or perhaps the ArduCopter/version.h commit history. Find the commit that updated the release notes for the version of interest and check out that specific commit (git checkout <hash>). For Copter 4.1.1, it appears the commit hash is 04121706a5a82d9e832e91bde01dad85d8497715.

If anyone is aware of a better method, I’m all ears and stand to be corrected.

Updated my previous post with the best instructions I have.

I kind of doubt that moving the git HEAD around is going to matter much, though, regarding your MAVFTP issue. Do your customizations change anything with respect to telemetry?

And again, are you using MAVLink2 on the link where you are trying to use MAVFTP?

git checkout Copter-4.1 will give you a stable branch and hence the stable codebase.

git checkout master will give you the very latest codebase.

It is quite simple once you know it.

This might be slightly pedantic, so forgive me that.

git checkout Copter-4.1 will get you to the stable branch, but it will include all commits after the stable release, including release candidate code patches, as well as those leading up to it. As of this morning, the Copter-4.1 branch HEAD is d6a4cc6fa38d18385fa98f220fa35b510ef210cf -- Copter: version to 4.1.2-rc1, which is significantly ahead of 4.1.1 stable.

If you want to build the firmware as it was released when declared “stable,” I’m fairly certain you need to follow the steps I outlined above (or very similar).