I live in the US and I seem to have an issue getting good hardware. Since this stuff comes from China it all seems to be hit and miss. I have things like motors not work out of the box, ESC’s that won’t work. I would like to know what hardware you guys have had good success with. GPS, ESC, Motors etc. Thanks.

I have had good success with T-motor motors and t-motor or hobbywing Escs.

T-motor or KDE
If you are on budget then X-rotor from hobbywing, but only after thorough testing.

Really does depend on budget. Here are some options but the price will not compare to Amazon, Hobby King et al…

KDE Direct makes very nice motors and ESC’s. I have used KDE on all our commercial builds. Have only had a problem with a couple bearings during break-in which they took care of with no hassles.

Hacker makes a line of UAV specific motors. I have used them in a couple prototypes and still have some around the shop. Nice motors but limited prop shaft selection last I checked. Also limited availability in US.

Neu Motors are still made in USA last I checked. Never used them on a multi. Helped a couple SAE DBF teams in the past and Neu often supplies the motors for these planes. Really nice stuff. Can be lead times as this is not mass produced gear. They are also now part of Castle Creations which makes same nice ESC’s but only a couple choices for multi’s.

I have limited experience with T Motors but they are popular. I like their Air Gear set on the dev frame but that is a limited sample size. I suspect many would consider them best value for more serious work.

I think most people around here are running FrSky radios these days. I have flown Futaba, Spektrum, JR. All have their strengths and weaknesses. If they would all run an open standard telemetry protocol JR might still be in business, but that’s an entirely different thread.

MRobotics and ProfiCNC/Hex (via one of their US Resellers) should be able to handle most of the rest.

As a side note I have watched an RC plane bury itself in the ground after loosing radio contact only to find out it had a counterfeit Spektrum receiver the guy had picked up off eBay. It was so convincing from the outside I had to mail Spektrum the thing to find out it was fake. So ten bucks saved on a receiver on eBay cost the guy an entire plane – it pushed the battery into some firewall bolts, caught fire, and luckily nobody got hurt (It was spectacular to watch if you were not the owner). Only buy from trusted sources.

I for one love Mrobotics great products, great service and a great price. It also seems like they haven’t bought into the hype about just getting new products out the door before they have actually fixed/finished the original one. There gps units are spot on and their FC’s work great. Have never had a issue with my pixracers yet. Motors and ESC’s is a whole another ball game hahaha just so many companies out there, but as others have said it just depends on the budget and what the end product needs to be!!

What Autopilot unit do you use for the commercial builds?

The Cube is still the most reliably spec’d and built hardware.
I have setup just about every other type but as far as conforming to Ardupilot specs go, redundancy and reliability of components, it is preferred.

We used Emlid Navio2 because we had some specific requirements. I have not tried the Edge but I might for camera heavy missions since it has built in HDMI conversion and a few small WiFi integration tweaks that make things a bit simpler. Unless it ticks all the boxes for your use case it’s likely not worth 700 bucks, but if it does it’s a fair deal. The bad news is it opens you up to the pleasures of Linux sys admin.

Otherwise Mike likely has a better feel for the details on the AP side than I do. My only beef with the Cube was I did not have the vertical clearance inside our design. I think the new ones have gotten smaller?

Honestly I am no longer doing builds for anyone but me to use for services, and I have lost track of some of the details with all the new F4/F7 flight controller hardware supported now.

How do you mount your autopilot? i.e. what do you use for vibration dampening?

Futaba Gyro Tape. Expensive but worth it IMO. Also take the time to balance props on larger aircraft.

The suspension method has yielded the most efficient all round dampening.
I have been using this for years on all sizes of craft. 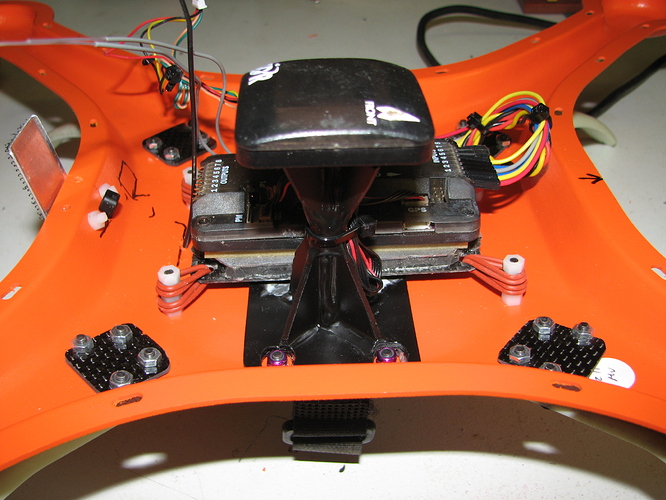 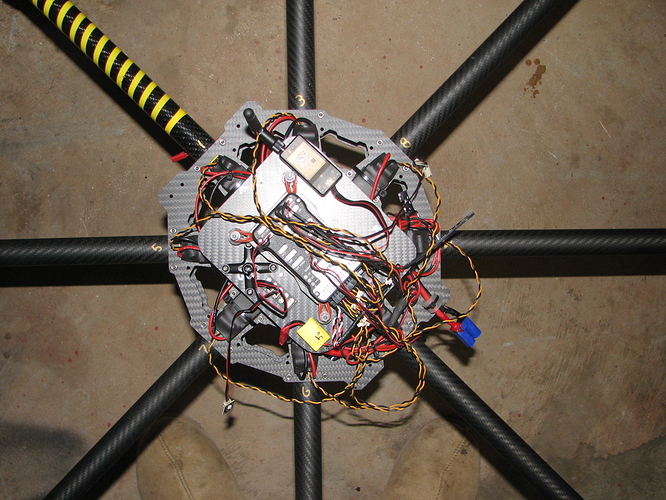 Very interesting. What kind of bands are those?

Mike, those are some of the best vibe numbers I have seen; makes me feel bad for what we were settling for.

Lee, in the US, if you have not found McMaster Carr you may thank me later for helping you spend more money. They can be expensive but if they don’t have a piece of hardware you need, you probably designed it wrong. I don’t think their site really indexes with Google et al so you have to search on their site.

@mboland do you think you could write up some of that for the wiki, with purchase links?
@rmackay9 relevant to the vibration wiki update

@james_pattison There is already a section in the Wiki on ‘O’ ring suspension.
Do you think it worth adding these details to it?

Some known suppliers or part numbers might be useful?

Coby, could you elaborate on “vertical clearance inside our design”? About to make a purchase… finalizing my research. Thx in advance!

KC, Usually not a problem. The Cube with carrier was a bit taller than we could handle. Our design was totally enclosed with a big battery that sat right on top of everything. I also needed easier wifi integration so the Navio made a bit more sense for us.

For all the features and lessons learned that went into the Cube it’s a great design. Good luck!