My team is looking for a precision altimeter to maintain our multirotor at low altitudes over rugged terrain. In addition, the multirotor may encounter spurious obstacles, like a tree or tree stump.

The Lightware SF-33T/B looks interesting to us, as it should offer a more robust reading over uneven terrain.

@jprouty: Unfortunately the SF33 family uses a different comms protocol from the other devices. This is because multiple results are given at the same time and there is no software support for this in ArduPilot. As you can imagine, things like multi-beam, scanning and first/last signal detection all require some complex processing by the flight controller in order for useful actions to result. Right now this is right on the cutting edge of drone technology ;).

Thanks for the quick reply!

We may be interested in doing our own processing on a companion computer, then feed back our results to the FC.

From reading the manual, it’s unclear the exact beam configuration.

Using a companion computer makes sense - we have used the Pi to run tests on the SF33s.

The reason for the 45 degree mounting is to provide “pre-emptive” control when terrain following. From a control theory perspective it is better to use data that is some distance ahead of the drone rather than data from directly beneath the drone. You can imagine that in the extreme case of flying up to a vertical structure such as a building or a cliff, forwards looking measurements will detect the obstacle whereas downwards looking measurements will not.

SF33/T - with the unit aimed 45 degrees downwards the spot pattern on the floor is an equilateral triangle with uniform separation between the points. In the image below the surface is at an angle so the triangle is distorted. 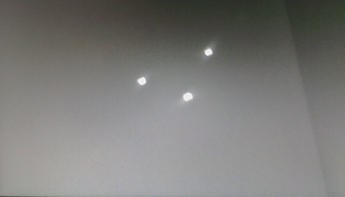 SF33/S - the three laser spots are in a straight line. By changing the orientation of the unit the line can be parallel or perpendicular to the direction of motion. 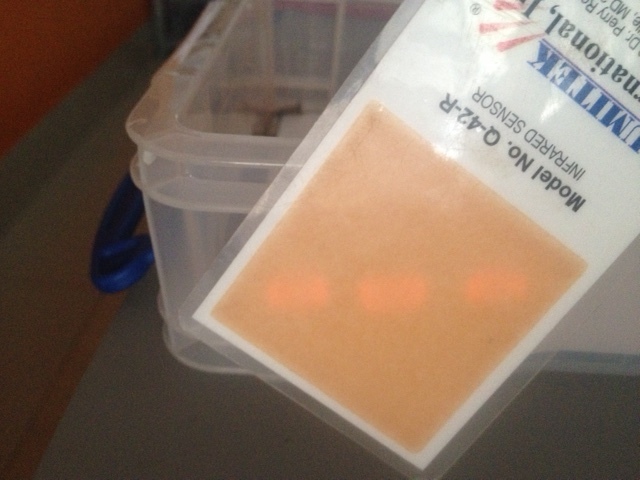 Not at this time but there will be a compatible version in Q2 2018.