After updating to latest Copter Master (4.1.0-dev) Frsky telemetry back to the Transmitter (Yaapu script) is no longer working. Flash back to Stable and it’s good. I tested this on 2 different PixRacers. This was discovered while experimenting with Andy’s bi-directional Dshot but the problem is not in his release.

Anyone else see this?

Hi Dave,
I won’t be able to test till later today, I do have a pixracer so I should be able to reproduce it, what receiver and firmware are you testing with?

with passthrough telemetry without issue.

I just repeated the test on the one with the R9MM and when flashed back to V4.0.5 telemetry returns.

…I don’t have that receiver, I do have an R9mm and an R9mini non OTA though, I’ll test with those, should be pretty close to your setup (I’ll be on flex @100mW)

Something odd. I saved the -dev parameter file from yesterday and when comparing it to todays RC_OPTIONS was set at 32. I don’t know how that got there and it’s not a valid bitmask value. But anyway today’s is back to 0 and no-go

@dkemxr Dave first quick test on a Pixracer v1 + X8R on ACCST D16 V1.x does not show any issues, tested bidir frsky too, next is the R9 rx/tx combo.

OK, thanks a lot for testing Alex. It must be Something on my end I’ll have to figure out.

I don’t know if this clue will help me but as this screenshot shows it is receiving telemetry otherwise the NO TELEMETRY message would be present. 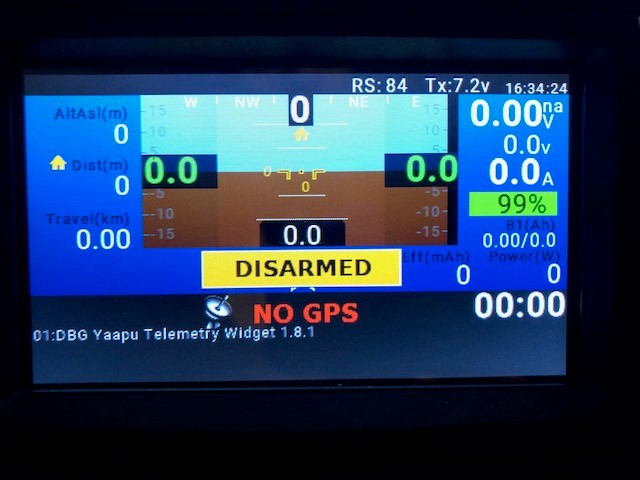 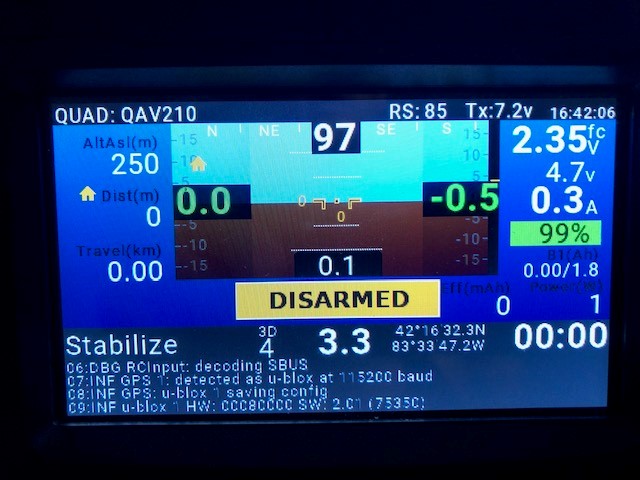 And it happesn on 2 different Pixracers. A head scratcher so far…

launch the /TOOLS/Yaapu Debug.lua script, it will show if you’re receiving passthrough packets

Debug.lua script, it will show if you’re receiving passthrough packets

No, no packets received. I thought I was on to something but no, still stumped.

Can it be related to this issue: FrSky telemetry (yaapu) working on F405, failing on BB Blue - ArduPlane / Plane 4.0 - ArduPilot Discourse
I’m getting no telemetry either. Using R-XSR.

I don’t think so unless you have it working on current Stable and it fails on the latest 4.1.0-dev. This is what I am seeing with 2 Pixacers that have been working fine since the Yaapu LUA was released.

Dave might be worth doing a bisection and find the commit that broke it for you?

I first noticed it trying Andy’s bi-directional Dshot which is based on Master but it’s not in his code because when I revert to “regular” Master the problem is still there.

Heading out of town for a bit to beat this cold weather, will pick it up in the New Year!

Thanks and Happy Holidays,
Dave