Just hope to share what I've learned in 10 months

The biggest enemy of drones is dirt/dust & sand. Most motors (under $35 each) have “shielded” bearings, not “sealed” bearings. (And yes, “shielded” bearings do require lubrication.) The fine dust & sand particles find their way past the “shielding” into the bearings and cause premature bearing failure. (When bearings fail; they start with them being noisy… then if ignored they refuse to spin when armed, and then burn out the ESC.)

When I know I’ll be taking off/landing in a dusty or sandy area, I use a 5 foot square “moving pad” (cost me just $6) to take off and land on; to avoid as much dirt intake as possible.

10.Noticed that a lower “center of gravity” (COG) makes the craft much more stable. Have seen several videos where their batteries (normally at least 30% of the craft weight) is placed on the top. (This makes the COG higher than the propellers, making it a less stable craft.) I always place the battery inside the main body (on F450 & F550) frames. And under the main body on my carbon-fiber TL680 frames.

All solid points, however, oiling of motors will bring up a contentious debate among many. Most motors are sealed bearing/bushing, and thusly, oil would never really matter. Sunnysky does recommend 1 drop of oil every 100 flights, but I flew it quite a bit more with no issues.

If a craft is wobbling side to side on descent, that may also be VRS (vortex ring state, or ‘settling with power’). That can cause an unrecoverable descent.

About motor oiling. The motors I have are “SHIELDED”… Not “SEALED”… (There is a BIG difference.)

When you actually see the oil disappear into the bearing, often bubbling as it does; clearly the bearing is not “sealed”.

Then after oiling the motot bearings, there is nice stable-flat descent with no wobble, (in my mind) there’s no doubting the results.
( Although I fully expect some doubting my recommendations/observations. )

Can you post a link to the stroben nav lights?

Note that they are made in GB. And kinda expensive. But they run on 5V and can be wired (in parallel) to several 1 watt LEDs. (They say the optimum # of LEDs is 4. I have mine to six - 1 watt white leds, one under each of the hexcopter arms.)

NOTE… You can not - mix - LED colors, (different colors take different voltages/amps) on a single SE unit. And you have no control of the flashing frequency. ( Two quick flashes, every second.)

There are other (bigger and heavier) flashing nav lights out there. I ordered one of these… But haven’t tried them yet.
But it does allow multiple color LEDs, you can set the flash frequency, and has includes two BECs on the board to make the right voltage.

With the nav lights, an accurate M8N GPS, and put one flight mode to RTL (Return To Launch)… It’s safe to fly late night.

The flashing (300 ft up) really gathers ALOT of attention at night.

I’ve seen many cars pull over as far as 2-3 blocks away thinking they were watching a UFO fly around.

Hi I was recently in China…at night there was some kind of copter flying that had flashing lights… it was
almost like fireworks. Is this something available or is it something that has to be built. i woudl like to get an inexpensive model of this if possible… I am not a builder, nor knowledgable about drones/copters.
What do you advise?

To my knowledge… No premade (buy-and-fly) packages. (And what’s the fun in that ???)

This is how I did it:

This is what I finished putting under my F450 drone. It casts shadows on the ground from 200’ up.
The last pattern in the video may be what you’re talking about. 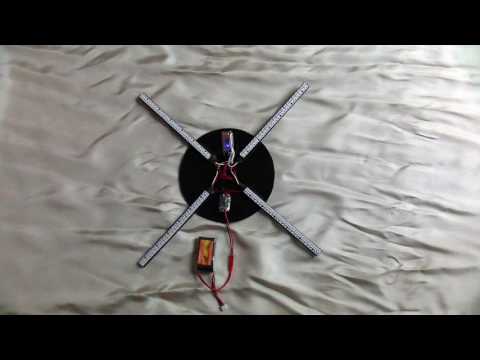 thank yo so much