Hi, does anyone know if it is possible to connect the telemetry of the Jetcat turbines to the Pixhawk?
It would be really handy to have that data, like fuel or rpm. In case of problems you could analyze those values in the log.
To date I have only found a way to see them with a LUA script on the radio (https://drive.google.com/file/d/1oa--89pBLF2KDieejhGbIh2TDueEQ02v/view).

Thank you so much
Lorenzo

if it works with frsky telemery it might able to work with ardupilot in the future without much effort.

This PR allows the Frsky SPort FLVSS sensor to be used as a battery monitor (inc…luding cell level battery monitoring), it also sets up the framework for the other sensors to be used too. I will be integrating in the MVLSS, current sensor, Battery Voltage sensor & the airspeed sensor. There is an Frsky Sensor library that will track the actual hardware interaction, and then the batt mon will probe that library for the values in the battery framework. The reason for this is that the sensors are not just battery monitors and it makes sense for one thing to control the interactions. I do have a question around MP, it appears that some of the values for current sometimes 'pop' up even though I have current set to false (Batt Percentage, Current and assoicated items). This results in some values popping up and then disappearing. Any suggestions on how to resolve this would be appreciated. I will also add the other vehicle types once the PR is closer to merge quality. I'd appreciate any suggestions on getting it merged. I'll jump on the next few dev calls if that helps. This requires either a craft & theory telem cable, or the combo listed on the frsky telem wiki entry, alternatively it can use a MAX3232 with a diode on it to convert RS232 one wire to TTL (TX/RX). Sensors (can be daisy chained) plugs into the RS232 to TTL converter then into the flight controller serial port. I will do a wiki page for how to wire it up. Its in reference to: #6296

While I personally care more about planes, this really would be useful to all ve…hicles. @magicrub this is what we discussed in person, just writing it down so it doesn't get lost. Sadly, 18 months ago instead of filing a request I actually tried to do this myself, but while I had some success listening on an S-Port bus via this method ![image](https://cloud.githubusercontent.com/assets/1369412/26294122/6172f8cc-3e76-11e7-970a-46a78bbef7e4.png) (except on the left I used a serial-USB converted and sent it to my laptop and on the right I had sensors on the bus). I used 3 serial to USB converters and 2 of them at 57600bps never got the signal, while the 3rd one was tuned slightly differently and was able to get the data, but I never was able to generate a packet to interrogate a sensor so that it would return something. No data I sent apparently made it onto the bus despite my having the FUL-1 converter and the SPC, so I had to put an X8R on the bus and rely on it to interrogate the sensors and listen passively. I then ran out of time and testing equipment to see why things weren't working so, I'm opening this so that others can have a look. To remove confusion, https://github.com/athertop/MavLink_FrSkySPort/wiki is great, but it's meant to send your ardupilot telemetry through a Taranis radio link and display it on your remote control. For the same reason, this request is opposite from https://github.com/ArduPilot/ardupilot/issues/1587 which deals with converting mavlink data into a taranis S-Port stream and pass it through a taranis radio link to a taranis RC remote. This request is totally different, it is to leverage some frsky sensors and use them as data sources for ardupilot. For 3 reasons: 1) some of that data could be used directly by ardupilot 2) some can be passed via mavlink to be displayed by an OSD and/or logged on the ground 3) this also allows using Taranis sensors on a non Taranis link (actually in my case I have a Taranis but I use LRS, so I can't use the sensors either). The ones I'm thinking of are: http://alofthobbies.com/frsky-sp-flvs-smart-port-lipo-voltage-sensor.html ![image](https://cloud.githubusercontent.com/assets/1369412/26274103/5b1ab798-3cf6-11e7-9be9-a8cb699eff22.png) => this is mostly useful for people who would like to monitor per cell voltage for batteries that are not balanced. This is relevant to https://github.com/ArduPilot/ardupilot/issues/6285 http://alofthobbies.com/frsky-sp-rpm-smart-port-rpm-and-dual-temperature-sensor.html ![image](https://cloud.githubusercontent.com/assets/1369412/26294033/cb0ad544-3e75-11e7-8770-5b9cb7b48012.png) This one is much more useful in my opinion: this allows adding an RPM sensor to any existing motor and ESC. Even in my case I have a castle ESC with RPM signal out and never managed to get it work with the RPM sensor feature on AUX4/AUX5 that was added in ardupilot, but with this frsky sensor, I get RPM right away, no problems.

Hey Lorenzo I’m facing the similar issue. I’m using V12 ECU in which telemetry adapter is inbuilt into it. I want to get the data (i.e. RPM, EXT Temp,…) from the Telemetry port into the Pixhawk Cube Orange. 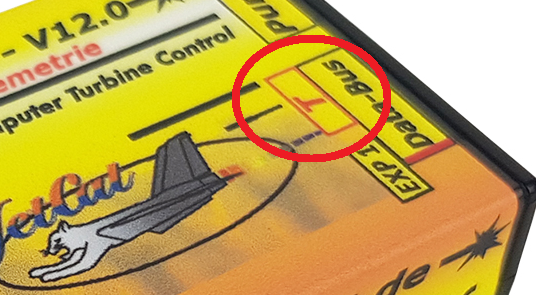