Can you actually find that MOSFET anywhere in meaningful quantities? It’s actually nearly the same one (100v vs 80v) that I use in our drones.

I certainly understand your distrust of current ideal diode options, I actually tried to order some from one of the original links above and never got them (don’t know why exactly, we have a purchasing department).

But! I do not think your way of visually evaluating them is fair, your idea of “reenforced” tracks is only sutible in certain situations, and isn’t necessarily what I would do in that situation. And you do not need a big heatsink for an ideal diode as there is very little loss. Typically with surface mount fets like the one you linked above the PCB acts as the heatsink in any case.

I am curious why you think you need 100A continuously, what are the other specs of your drone? Even our 25kg class drones don’t hit 100A under hover and gental movement. Maybe consider a higher voltage if you are running 6S or lower.

Current ratings are much more nuanced and even subjective than most realize (i.e. how do you decide what the limit really is).

I’d consider doing a short run of ideal diodes of whatever spec if there is interest.

I’m just a hobbyist, but the need for ideal diodes for 12s and currents up to 80 amps (should certainly be sufficient, because the total current is distributed to each of the two batteries) is certainly there.
The lower current flow per LiPo alone significantly increases battery life.
Besides VTOLs and large copters, this should also be interesting for helicopters.
The batteries all do not hold what the performance data promise. With high currents, especially at the end of the battery capacity, you can almost watch the lipos aging rapidly. In my experience with even high priced so-called “quality” batteries used in numerous VTOLS, the only way out is to reduce the current flow per battery. In my opinion, ideal diodes are ideal for safe parallel connection. I would be happy if someone puts on a prototype series.

@mtfunder
Yes, was offered hundreds of them and also found a well known international company selling them. (just the MOSFET)
I have to admit I’m not working on the design side of electronics but rather mostly on the repair side. That’s why I’m sceptical about certain claims and pay attention to things like reserves when it comes to rating of components and in our case the high current various boards claim to have.(Talking in general here - not just relating to ideal diodes and the like)
The idea with the heatsink is to just have a small size heatsink as I also don’t expect much heat dissipation requirement. This also reduces heat stress on PCB as this almost certainly will also create heat from the high current. The other reason is more a practical /sales reason - A board with heatsink attached always looks more impressive than those who don’t. So in other words it promotes sales of such items.
…Just spent a short while in an electronics hobby store and see what people buy.

Just to highlight my point here is just one excample-
This board (PM) is rated at 200A max. Yet after just 9 minutes of around 50A the below happened: 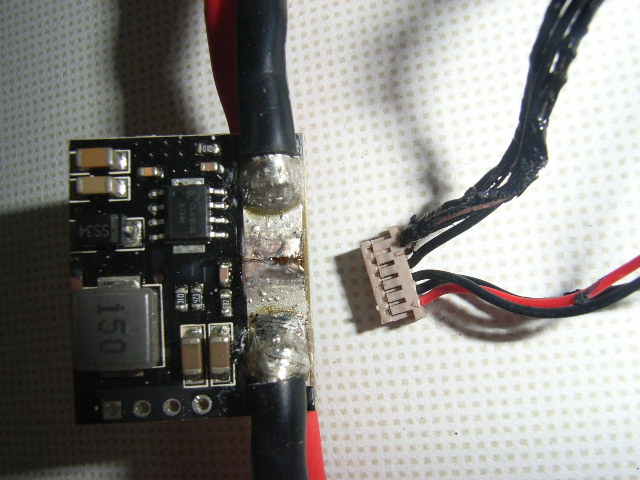 What was interesting that this board lasted about a year before it happened. The reason why: Originally it was part of a drone that used on average around 60A (3s) and on that drone the flight-time was only around 8 minutes.
Then it was installed together with it’s FC in a newly build drone, but this at 6s but only around 50A. However, this new drone has twice the flight-time compared to first drone which allowed to reach easily the 9 minutes after which it burned out. - (So it must have been very hot in the past after each flight, but given the heatshrink around it and the position it was mounted in I’ve never noticed it.)
To me track on the PCB is ridiculously undersized to support the claimed 200A.
(That’s why I say needs to be re-inforced, more solder, stitched or whatever else done to substantially increase current carrying capacity)

Hi Jed, are these coming back to stock?

Thats good to hear. Thanks!

Hi Everyone,
Has anyone tried charging the battery through the ideal diode, something like this? 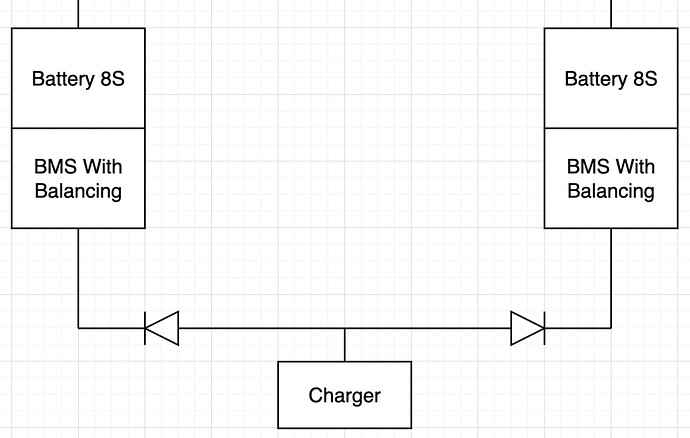 @Vidit_Katlana
There are such ideal diode arrangements out there for that purpose.
(Below example is for regular charging, not balancing charging) 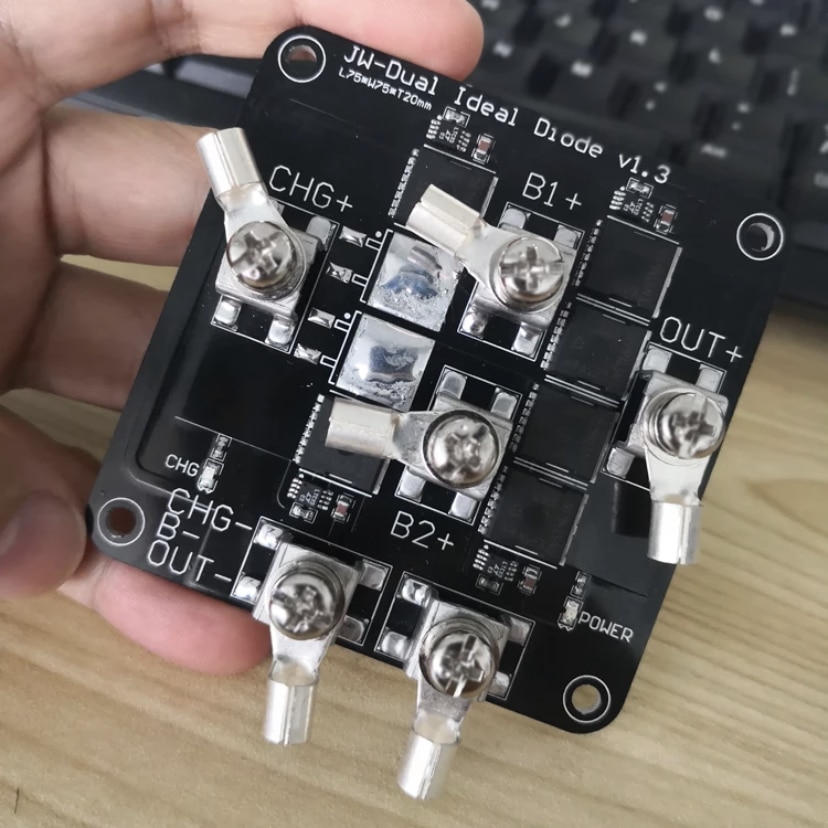