How to configure brushless motors with position encoders?

hello, could someone judge me how to install a brushless motor with position sensor, next to the pixhawk and also in the missionpllaner, aunt this possibility?
obs my motor is Brushless with 3 phases, if the sensor of possession and separation, would it be possible to connect it only directly to the esc?

There is documentation on how to use position encoders in the rover documentation.
Brussless motors need an ESC. It should be straightforward to connect the ESC to the flight controller and the Motor to the ESC.
Which exact position encoder are you using? Make? Model? pictures? 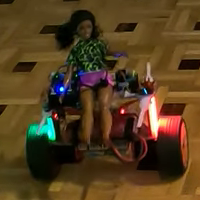 has two low KV motors with sensors, connected to the ESC’s. Since the sensors receive +5V they have compatible levels. I connect two sensors also to the Pixhawk1 as direct/quadrature signals (they are at 120º separation, but that does not seem important). So the three sensors of each motor go to each ESC, and two sensors of each (total four signals) to the Pixhawk1 as direct/quadrature signals.

(The other balance bot has stepper motors with encoders).

This Brushless motor is from an impact drill, 18v. I’m using it in my project because it’s easy to find configuration here in the ardopilot community. But I still don’t know if I’m going to be able to make this adaptation, as you can see it has 3 phases, and in the posterior part another 5 wires that must be from the position sensor.

My intention is to make a rover using this engine, I believe that it is not difficult to make a connection with the esc, using the configuration of which.

This is the only information we have: Wheel Encoders — Rover documentation

3 phases, and in the posterior part another 5 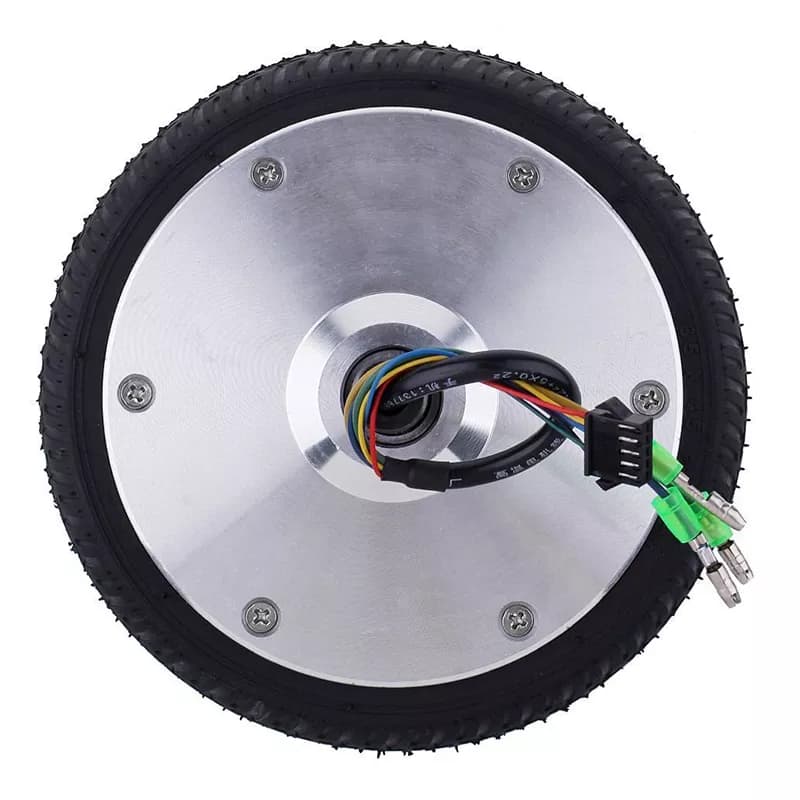 BTW, connector chosen the wrong way: should be male, since red/black receive supply.

It looks like ArduPilot only supports two channel encoders. Is this correct?

When using only two channels of a three channel encoder, the transitions will not be evenly spaced through an encoder cycle.

I don’t know if this non-uniform transition intervals would cause problems with the ArduPilot software. Does anyone here know if using only two of the three channels will be a problem?

Two of the three channels is still enough to monitor the direction and speed of the wheel but the speed calculation will need to be done using at least two transition intervals since the transitions intervals will not be evenly spaced through the encoder cycle.

I still haven’t found the possibility of connecting my hoverborad motor to the Pixhawk, I even have the ESC brushless motor esc, but the hall effect sensors still don’t follow the configuration as it deals with the documentation about the wheel encoders, I would have a more updated possibility , it would be interesting because there is no such information on the internet. appreciate

You might be able to leave one of the Hall effect sensor wires disconnected. I don’t know if ArduPilot will work well when using two of the three sensor wires but it might. The two sensor wires provide enough information for the controller to determine the direction the motor is spinning but I’m not sure if it will control speed well or not.

Do you have the original drill parts? I’m guessing the purple wire is used to power the encoder but it would be nice to check when the wires are temporarily connected to the rest of the drill.

Edit: I’m not sure if the encoder example in the documentation uses an ESC which can be controlled using normal servo pulses. I don’t understand ArduPilot well enough to know which parameters may need to be changed.

A few things from my experience:

After choosing a motor (brushless or brushed (DC)), an appropiate controller must be chosen. After that (MOT_PWM_TYPE):

This is ideal. Now I am wating to receive parts for assembling a balance bot with two of these motors (size double than those in above video), but from initial experiments this seems promising.

While on above video the balance bot with direct drive and low KV motors was more difficult to tune (lower cdg, also lowering ESC’s), and resulted less stable than others with DC motors, the result is acceptable.

reported distances were different for CW and CCW rotation

Although I think that IRQ handler code for encoder signals can be greatly optimized in timing (with a slight code size saving), I think the code is very solid. These are the WENC signals for the direct drive balance bot on above video:

Barbie14_126_WENC-Dist0-Dist11705×813 12.2 KB
Note the similarity between them, going opposite (the balance bot is pivotting), although the initial offsets and the drift.

There should be a way to calculate a 90° offset quadrature signal from the 120° degree hall sensor signal, but I never tried that.

As said, I don’t think that the code considers that they should be at 90º (Randy could give a reasoned opinion on this), and as shown connecting two signals at 120º gives acceptable results. However, as said, the other balance bot has stepper motors with encoders, and I found that the encoders gave pulse/direction instead of direct/quadrature signals (not supported; see WENC_TYPE/WENC2_TYPE), so I inserted an Arduino for doing the conversion (hanging at Ken’s back, with red/green signaling leds). The same can be done for 120º/90º conversion.

Here is a first assembly: 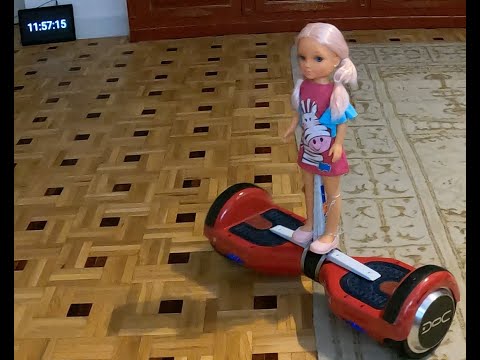 Still some parts to add, and improve setup for a faster one, since it is incredibly stable, and test on a real circuit as this.

The hall sensors need to be connected to the ESC, to get the full benefit of low RPM control and a smooth start.

For what it’s worth I am getting good low-speed performance (full torque down to 0 RPM and smooth start) from BLDC motors (from https://www.freerchobby.cc/) without sensors (i.e. in sensorless mode) using Vedder’s VESC controllers. This on both 50kv and 140kv motors (not that it matters).

I wasn’t able to get the ODrives working in RC(PPM) mode, likely due to operator error or operator inexperience…

I wrote some code using a hall sensor example and a quadrature encoder emulator and hacked it together, i only checked if it compiled but i never actually tested it.

Using the boards from the hoverboard in autopilot. Other Hardware

I keep looking at the hall sensor example code to see if i can get the encoders working on the wheels, my understanding is that using the example code from Digikey to read the hall sensors we just need to then use some more code to output an emulated quadrature encoded signal. this might work with modifications. I have done the modifications, it compiles on a stm32f401 but i havent tested it yet. I copy and pasted a dual motor version together, it compiles but i havent tested it further, I …

The stock hoverboard controllers should be ideal for a balance bot, it’s essentially what they are designed to do.