Had a crash on hexa. I have tried to find the cause from logs, but my knowhow is just not enought to interpret the data.

I´v been lookin RCIN values, because I suspect the cause was fried ESC or motor. 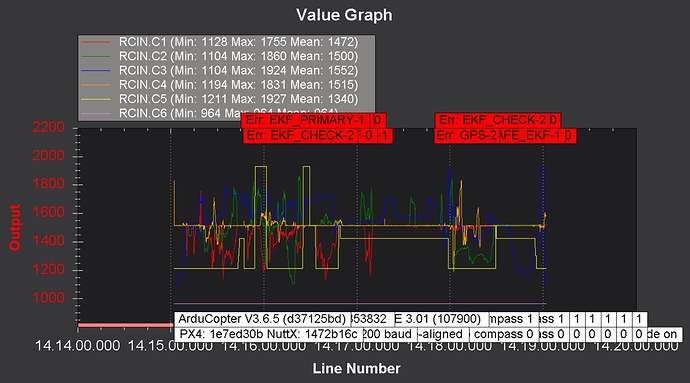 Would be much appreciated if someone with skills could point me in right direction on my trouble shooting.
Thanks

It’s the RCOUT (or RCOU) parameters that come from the flight controller. The RCIN comes from the pilot into the controller. Your C6 (or Motor 6) output is weaker than the other five. This could be caused by the motor, ESC, or prop. It hits the upper rail many times. 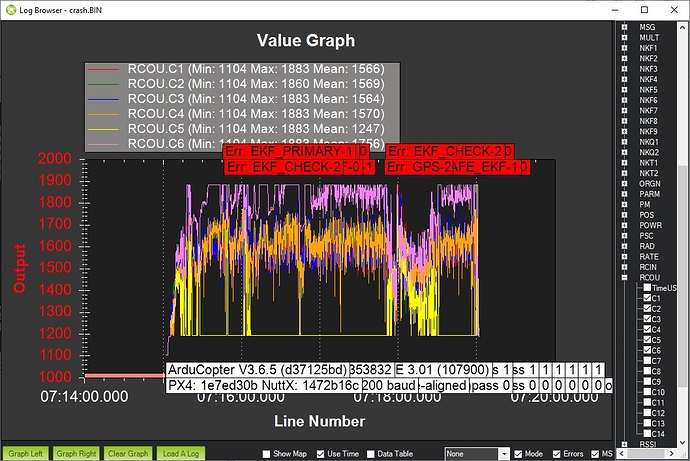 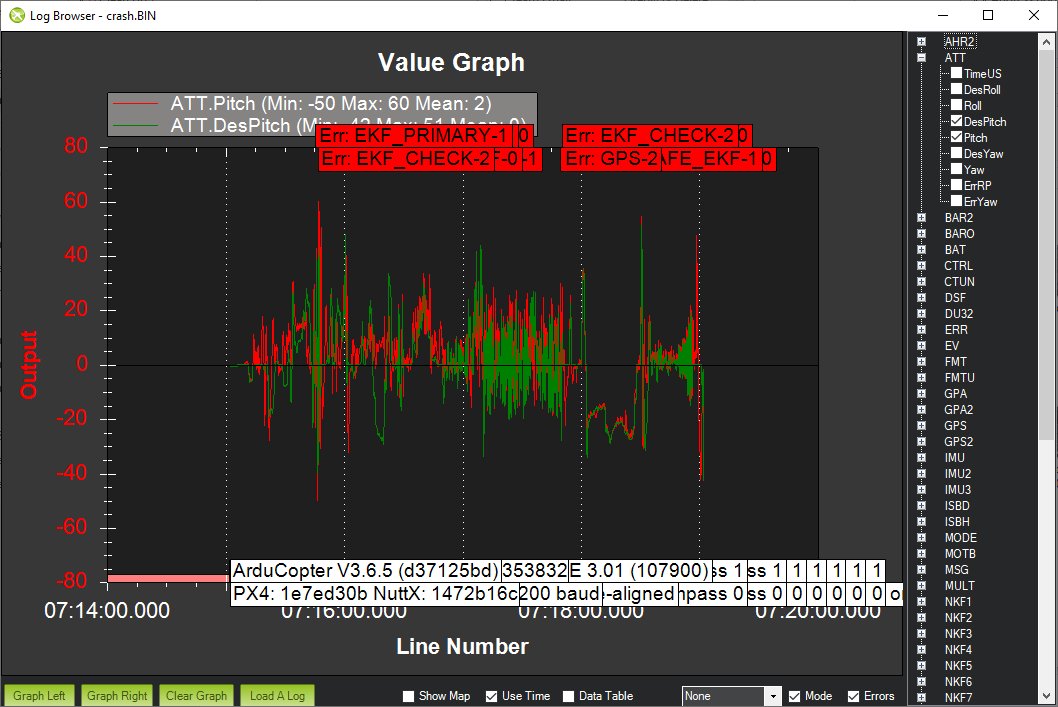 Other than the crash, the vibrations looked fine. 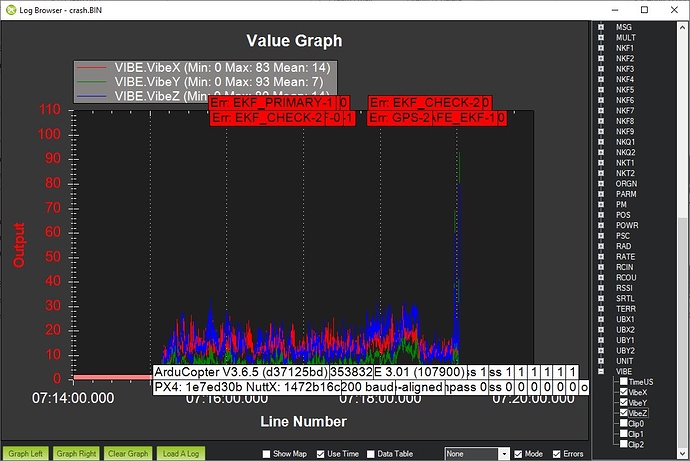 It looks like you went from Alt. Hold mode to Land and then to Loiter just before the crash. Was this intentional? I am still not sure what caused the crash so hopefully someone else can help. Good luck! 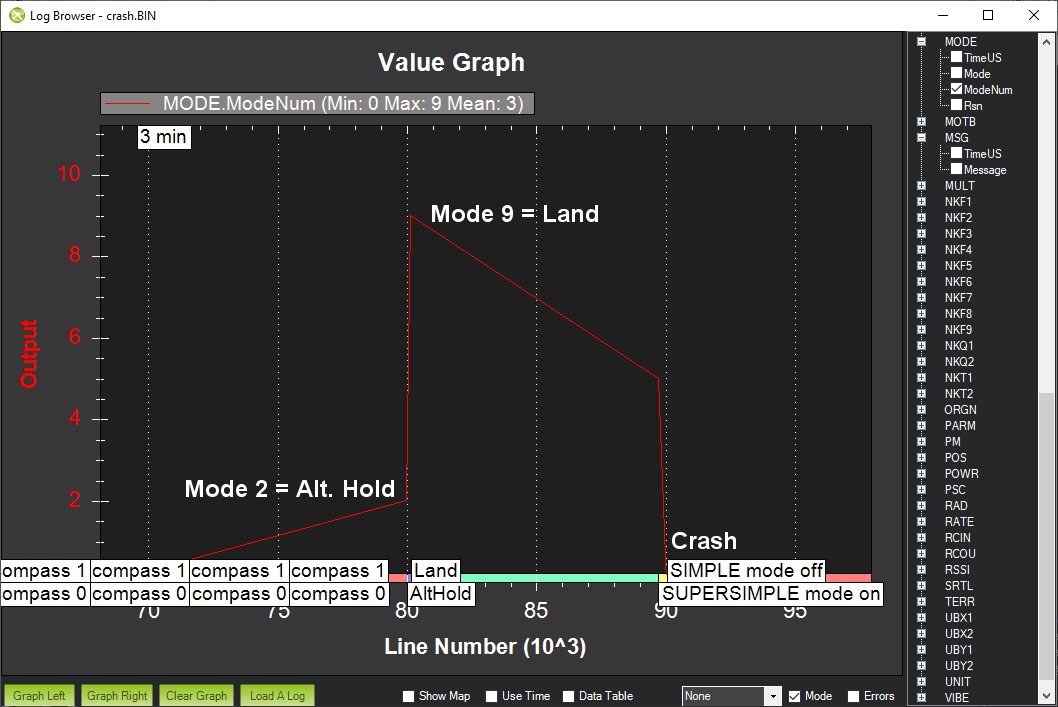 just going off your screenshots, he had EKF failure shortly after takeoff… this can be caused by all kinds of reasons, but with a motor failure it’s usually caused by the craft spinning and poor compass system (positioning/calibration)… so he had a motor failure, followed by EKF error, which put the FC into emergency land mode until touchdown, but I take it the touchdown was less than ideal

Looking at rcou, I’d say it’s the ESC that went out, but that’s an easy diagnosis on the bench whether motor or esc

thank you gents, Greg,your question " It looks like you went from Alt. Hold mode to Land and then to Loiter just before the crash. "
Yes, i tried to autoland first, it have worked fine before after loosing prop. This time copter was totally out of control and autoland did not worked so tried to change mode before ugly crash landing.

thank you Keith, i think thats what happened… I will go thru all engines and esc s on the bench. I should allready know how to read logs, been with px a while but there is so much to learn. Thanks for your input.