There are motor mounting screws in the accessory bag, and the installation tutorial of electronic equipment is still being updated.

Here’s my 1st go at a parameter file for the Orange Cube w/Here3 CAN Gps
[edit: removed param file - had 4 errors in it …]
My motors are servo positions 9 to 13

Forgot to update on the maiden results!

wind 6-10 mph
TO in QLoiter - steady, tested rotation and direction control. climbed up to 30’
FBWA - good transition. Sluggish roll in-flight - need to adjust the params…
Auto - just fine
RTL (with QRTL 1 mode set) - flew back but after transition, had problems finding the TO point, landed manually. Never did a compass calibration and windy

All in all, it did just fine. Should be warmer/calmer in a few days so I can give it a proper testing/adjustment.

Only problem in the build - I used the longer M3 bolts to hold the motor rods to the wing instead of the shorter ones so they made a hole in the CF tube (with a nice cracking sound to go along with it). It seems to have survived my error.

Success!
The Hero has flown great from the start. However, my software settings caused an odd circling (not the toilet bowl type) on landing even though QLoiter and all other modes worked beautifully. Only during the auto land was it messed up. I started again from scratch w/the software and flights since have been great so have begun putting it into its final configuration. It will have Lion’s for cruise and a LiPo for Vtol operations.
Attached my param file if it may prove useful to someone. The scr is enabled as I tried the VtolAutotune on Github.
hero20Dec22.param (20.2 KB)

Thank you for the test information you provided, which version of firmware are you using?

But, as I was checking the version a few minutes ago, saw there is a new one so
upgraded to 4.3.2 but haven’t flown w/ that version yet.

Just finished setting up two noses (had to make a gimbal for a GoPro Hero8) and
only have to finish making up the Lion flight packs.

Short video of a fully auto TO and Landing.
The landing isn’t normally so long but I saw the airspeed getting too low and returned to land. (I did notice the throttle was in idle, so I probably need to check my settings in Arduplane [ ver 4.3.2 ])
[edit: I have ARSPD_FBW_MIN = 12 which is the stall speed posted for the Hero at MFE’s site. No wonder it was stalling!] 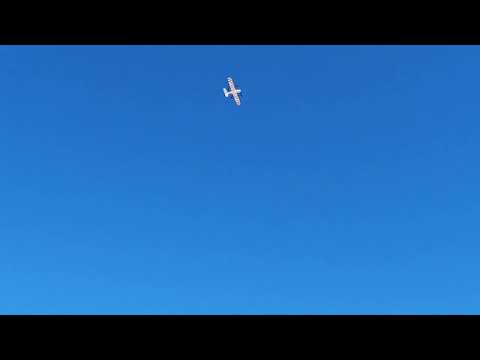 Hi Mike,
Apart from stall speed, down speed seems too low, so landing took a bit long… Normally I set down speed about 3m/s (in Vtol mode). May I ask you:
1). What is current draw during cruising?
2). I am curious which one is more efficient compared with your Fighter during cruising?
3). What is your Q_ASSIST_SPEED? Is it 12m/s ?

If stall speed is about 12m/s, I think you better set minimum speed to be about 20% higher, or about 14m/s.

Hi,
1). What is current draw during cruising? Haven’t started the long hauls yet but it seems to be around 10A in cruise (set for 18 m/s cruising)

2). I am curious which one is more efficient compared with your Fighter during cruising? IDK, will see after I finish setting this up. Just about ready. Cameras, etc. installed. just have to finish making up the Lion’s for forward flight. Plan on using a 5,000 for vtol but think that’ll be overkill…

hi great fly, ı have a kind of same vtol and my rtl transition is so bad, when ı switch to qhover from fbwa transition is very good, but if ı set change q_rtl when in rtl_radius vtol is messed up shaking and almost crashing, are you problem was happen before is same ?

Here’s an unedited “cockpit” view of today’s flight.
The camera is hard mounted, and the plane has not been tuned for smoothness,
(although I probably won’t mess w/it as it flies pretty smooth as is …).
BTW - was cold and a little breezy at times

The vtol climb and transitions are as good as I could ask. The return transition is relatively smooth and the landings have all been great (and within a foot of the takeoff spot!)

The problem was after transition, the plane would slow down enough to require vtol assist to keep flying. Today I disabled the pitot system and zero problems ( other than flying too fast which kept the amp draw too high). I’ll troubleshoot the pitot system (ie replace the unit

) and that should be done with.

Finished the 16,400 Lion pack for forward flight but still need a 6000 LiPo up front (for the rotors) for balance - even w/the cameras mounted. Which is OK as it will allow several stop and loiters during the flight. 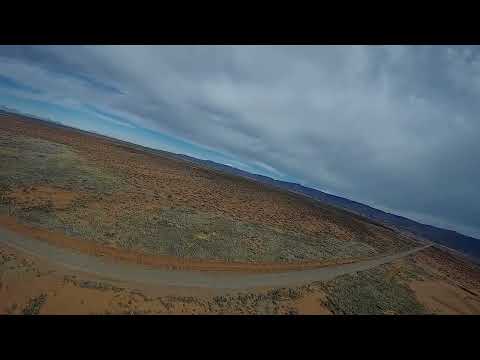