Hello,
I’m looking for help understanding the cause of a heading drift problem.
As the name implies, I’m relatively new to multis.
The copter flies well, I can invoke all 6 flight modes that are programmed. Autotune is programmed but I’ve been unable to make the copter enter that mode. I’ve limited the autotune parameter to the yaw axis, as the pitch and roll seem good. While flying in Alt Hold, hands off, I attempt to invoke the Autotune with no effect. On the ground I get a FM change failure message on my Taranis, but I expect that’s because the copter is on the ground?
That’s just a little background. The real problem is a strange intermittent heading drift. At times it holds almost perfect heading in the hover, then it will drift left and right, sometimes up to 30 or 40 degrees before correcting. I’ve included a pic of some of the parameters I thought relevant. Please let me know what parameters to display to help with diagnosis. Help with posting logs would also be appreciated too.
Thanks in advance for any help. 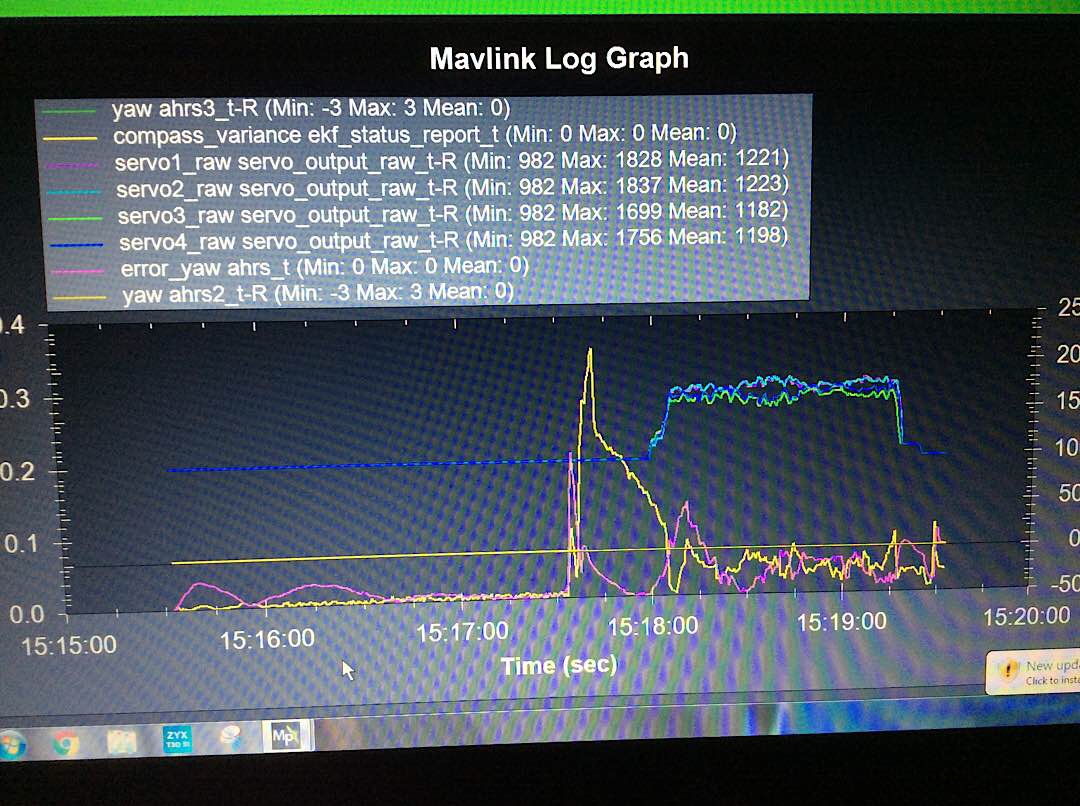 Thanks for the reply, will do.

Here is the link:

That’s a parameter file. You want the log file.

Here’s a pic of the bird. The camera is getting really smooth footage. The Tarot 5V gimbal works well. 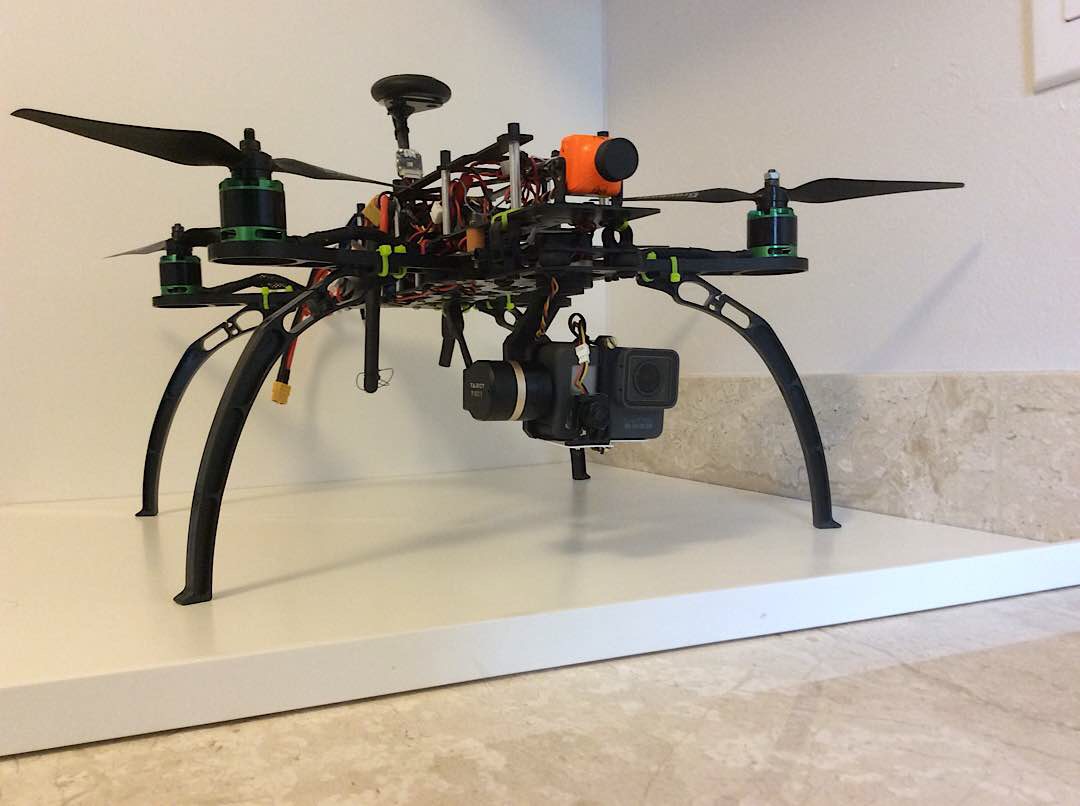 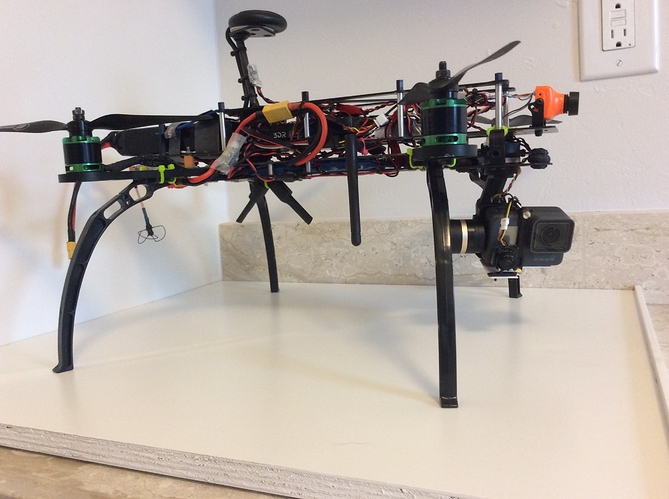 Access denied on that Google Drive. You’ll get there!

Holy cow, it’s a wonder I’ve gotten to this point at all, I know. Please try the link now. 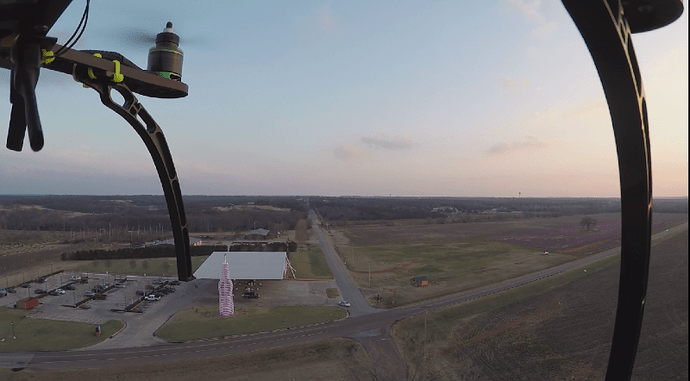 I don’t see much wrong but your craft looks under powered. During those yaw maneuvers they are almost maxed out. Tell us more about the components on the craft and it’s all up weight.

It’s hovering at about 1/2 throttle, maybe 1 click higher. I believe the AUW is somewhere around 1800 grams. The motors are Sunny Sky 980 kv on a 4s with Simonov flashed speed controls. Its got decent punch. It’s a pretty standard setup for the QAV400.
I noticed too that it really winds up during yaw corrections, maybe causing overshoot. I’m really interested in getting an autotune on the yaw, but can get into that mode.
Thanks for the help.

What motors and battery? I had a QAV400/450 (extended arms). I found it to be heavy and inefficient. Long gone.

They’re 2212-13s with a lumenier 3300 4s. My flight times are pretty short, maybe 7 minutes, because I have not done the battery calibration yet so I’m leaving a safety margin.

It seems to have plenty of yaw authority, I can command decent rates with the stick. This trouble can occur in a rock steady hover in dead air without any inputs. It also happens in forward flight. I should try to post video.

The yaw could be induced if some of your motors are weaker (especially if they are at the edge of their power range) or the current spike is inducing a mag field that is interfering with your compass.

Here is a link to a video. Something happened to the audio, please turn it down. I know audio can be helpful, I’ll have to record another. In the video the wind is light, and pretty much all of the yaw exhibited by the copter is not from my input. I was almost entirely on the right stick except for throttle. It is subtle, and it didn’t do any of the large deviations I sometimes see, but you can see some “tail wag”.
As for lagging power on one motor, wouldn’t that show itself constantly and in other axis?
Here it is:

Here’s the .bin file from the data flash download. I think.
https://drive.google.com/file/d/1l6dcSkz1vKNFlACt4zK6bBh67LHgewXv/view?usp=sharing