I purchased a Reach M+ few months ago and integrated it with Pixhawk 1 to navigate a rover along a grid of waypoints. The electronic connection is shown in the image below: 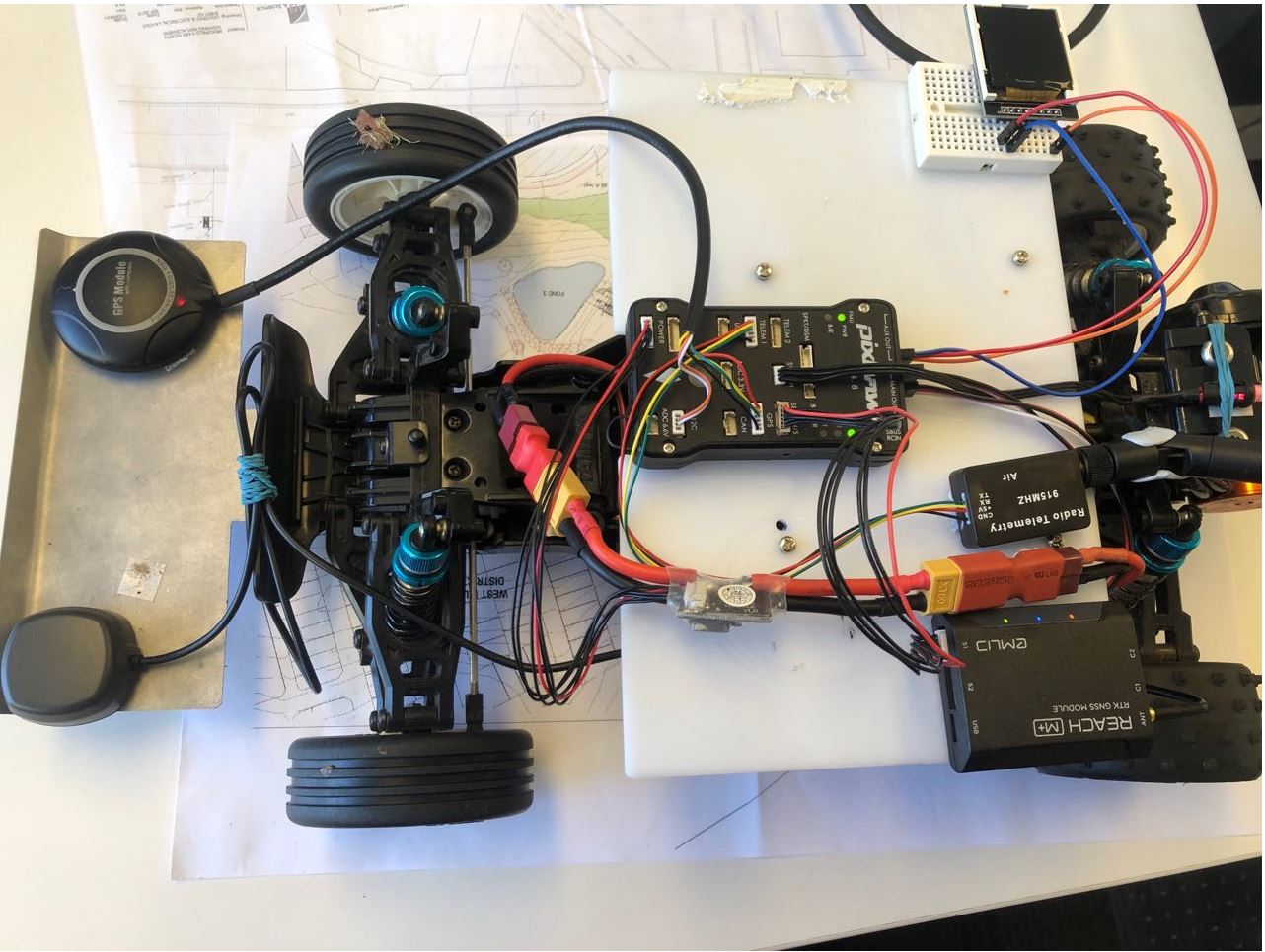 Apart from Reach M+, I also used another GPS+compass component since an external compass is required and there is no integrated compass in Reach M+.

At the beginning of driving, the RTK connection can be achieved. But after driving along a few waypoints, the GPS signal from Reach M+ was suddenly lost (three indication lights were still solid) and only the GPS+Compass unit was still functioning. When the signal from Reach M+ is lost, RTK status also disappeared on Mission Planner.

This is the link of the dataflash files for Mission Planner:
https://drive.google.com/open?id=1HjVBp0gph3UQcIx0sZmTMO-SDPBmu-Sp

By reading the dataflash file, I noticed the second GPS statues(Reach M+) suddenly drops while the vehicle was driving.

Can anyone help with solving this issue ?

Here you can find many details. The overall result is good. In the following there are fundamental considerations; some of them help to know what is really happening.

20190211_RTK2_Asoger_92_GPSNSats-GPS2NSats.png1213×492 14.8 KB
The rover mission starts beside the drivers rostrum (structure around 5m high), so the car passes three times beside it on the three laps mission, and an additional one till reaching the final waypoint. GPS shadowing is clear there.

Compasses.
Trying external compasses or mumetal didn’t help much. I ended with the internal one and one on the RTK GPS, which is placed far away from the motor. Calibration is done with the motor out. Many times before starting a mission “Compasses inconsistent” is heard; moving the car a few millimeters (fraction of rotor turn) makes this alarm disappear (change motor rotor magnet position).

Satellites positioning.
This helps to know it in advance. I try rover missions with HDOP around 0.4. 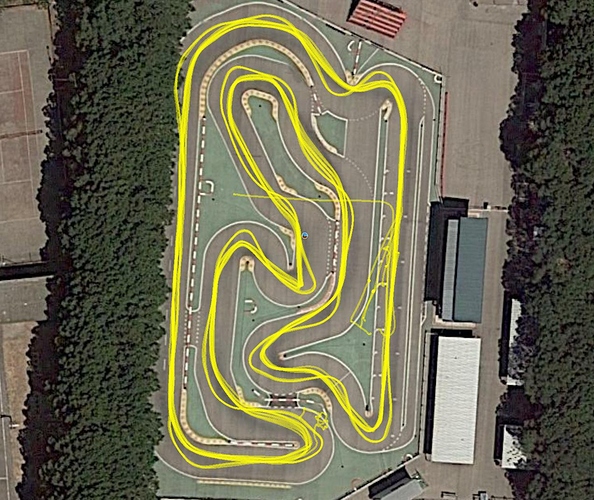 2_X1X3X7R5.jpg1272×1070 293 KB
So if you try several laps (edit mission copying and pasting waypoints) you can check trajectory repeatability, and see if RTK is working.

RTK fixed/float.
Mostly rover works on RTK float. It is possible to get RTK fixed with the GPS’s used:


but that was with them still. Note that their physical separation matches the coordinates difference both NS and EW.

Conclusion: first analyze above points on your tests.

Thank you for your help. But after lots of testing and experiment, the same issue still happened. Always before the Reach M+ GPS stops working, the EKF failsafe will appear in the mission planner. So I’m not sure if there is something wrong with the compass ?
Also there is an inconsistency between desired speed and actually speed, as shown in the image below:

I defined a mission making the vehicle stops for 3 seconds on every waypoint by using DELAY command, but it seems the vehicle never stopping.

If something happens suddenly, check cabling.

If you doubt about the compass, recall that the rotor has a magnet. I constantly hear, before starting a mission, “Compasses inconsistent”; moving the car a few millimeters (fraction of rotor turn) makes this alarm disappear (change motor rotor magnet position). But as soon as the car starts all is normal, possibly because the rotor moves. In fact, to test the compass I start a mission with the car 180º opposite to first waypoint (see videos as this). You can try mumetal under the Pixhawk (between it and motor), but I wonder if it helps.

If you doubt about the GPS, check HDOP, number of satellites, GPS status, etc, in the log.