First time beginner setup for a DJI F450 with Pixhawk

I have spent some time searching in the discussion group to see if I could find some guidance on this, but was unsuccessful.

I have a DJI F450 kit, and a 3DR Pixhawk, with related accessories, including GPS, radio telemetry, etc. Have a FlySky controller, and batteries, and a battery charger. I may be missing a few parts, but I’m guessing that I’m pretty close to having it all.

Now is assembly time, but I haven’t got the physical architecture figured out - where does the battery go on the frame? How about the Pixhawk? The GPS module? Wiring diagrams?

What is the best way to figure this out? I don’t want to reinvent the wheel - I know this particular wheel has already been built!

Thanks for any help.

I’ll send a picture. This has worked well for me. 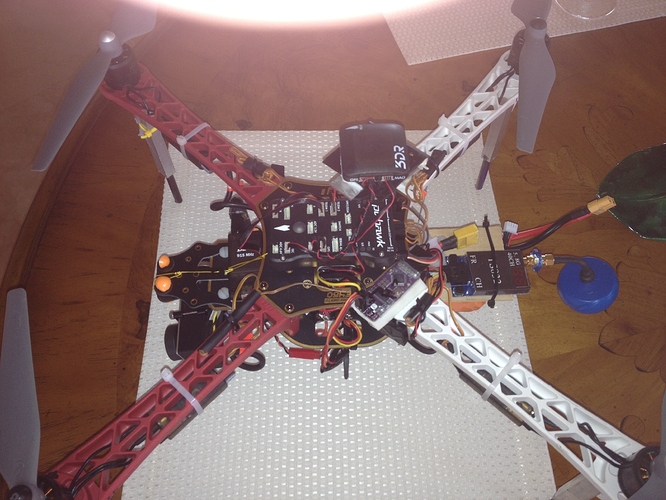 Many thanks for your photo.

I see that the Pixhawk is on the upper deck. Is the battery on the lower deck?

Did you follow a “recipe” or “formula” when creating yours, or did you make it up from scratch? I know there are infinite variations possible, and some creativity is required, but was the basic architecture copied from another?

Just from scratch. It works very well. 5 or 8 amp pack.

You’ll see a lot of different approaches. I can’t say what’s best. I have a Q450 frame (it’s a clone of F450 so it’s very similar). I went with the battery on top and the flight controller (mine is an APM mini) in between the two plates. I first went with a 3d printed landing gear that attached to the little legs on the frame, but those broke with the first landing (which was harsh as one of my channels was reversed). Then my dad made me light landing gear from wood attached and so far it has been very durable yet light.

Do you have a mounting plate for your Pixhawk? Some say you want something to absorb the vibrations. You definitely want the compass/gps on a stick of some sort… away from ESCs and VTX. You may also want the the receiver far away from the VTX.

The Pixhawk on the foam pads that are provided work just fine. Pixhawk will not really fit well in between the frame plates.
Regards,
David R. Boulanger

David, I assembled the quad arms to the lower circuit board, and am trying to figure out the orientation of the battery. For now, I have a pair of 3S batteries. Is the long axis of the battery oriented front-back, or left-right? I’m thinking the former. If so, and the battery is situated between the lower and upper boards, what do you use to hold it in place? The red velcro strap? I’m thinking accessing the battery should be pretty easy, as it will frequently need to be removed, replaced with another, etc. Also, any tips on routing the wires for the battery, power module, and main power wires to the circuit board? Thanks for your help. 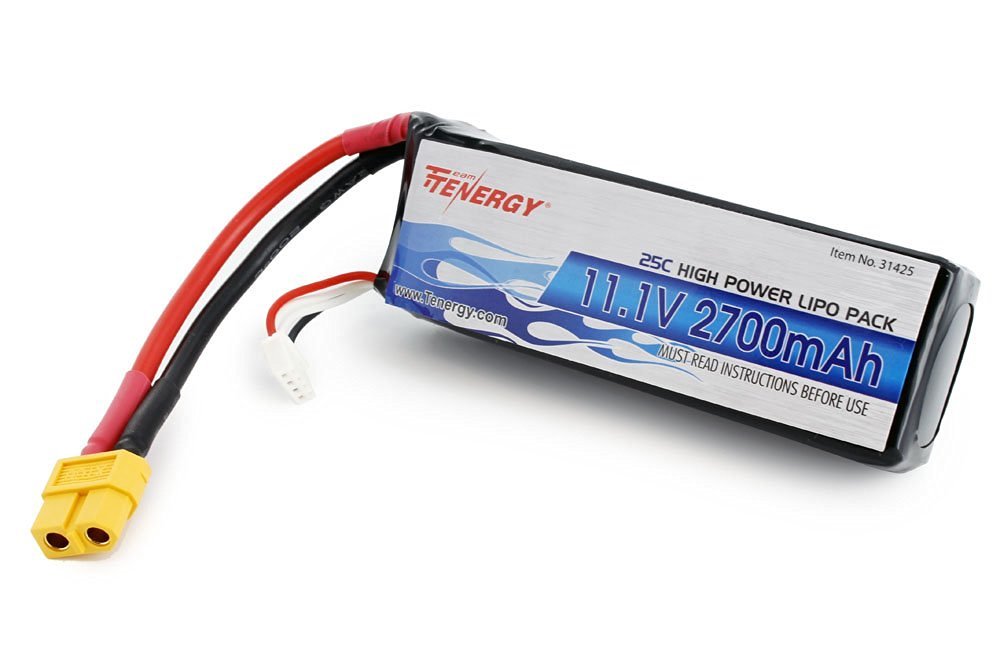 I’ll flip over the Quad and send a picture in a few hours. Battery is front to back Longitude and is a 5 amp 3S. Its mounted under the bottom plate.

Thank you. Pictures are very helpful. More the better! I appreciate it!

5 amp capacity and 30C I think. I run an 8 amp sometimes with the gimbal off and just a Gopro on a fixed mount. 5 amp plus quad is under 1600 grams. 8 amp with no gimbal but with the gopro is under 1700 grams. The most amps I have ever drawn was about 40 when I gave it full up in stabilize for about 4 seconds. 400 ft. AGL in a few seconds. If you can find Iris batteries I think they will work well. Only 8C but at a 5 amp capacity they will give you the 40 amps. Average draw is 15 amps or so when flying. 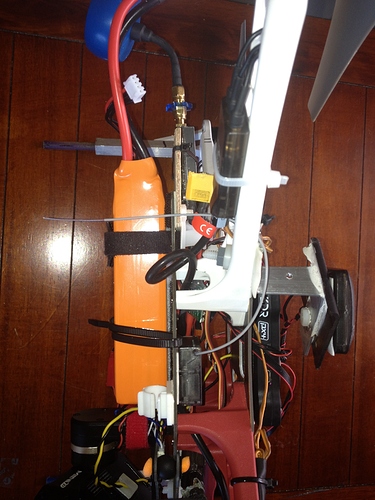 David, can you generate a wiring diagram and share it ? The photos would be perfect but it’s hard to make sense of how things are connected.