After a battery failsafe/RTL, the quad dropped at a fast rate and did not slow down as it approached the ground. Fortunately the ground was soft (as anyone in the UK will understand) and it landed level with all 4 legs about 5cm in the ground. I had to manually disarm.
One theory is that there was insufficint voltage to maintain thrust, but looking at the log chart, I am wondering if it did not register how close it was to the ground. I powered on at the car and then walked for a minute before arming. I do not think there was more than a metre difference in the altitude between the 2 locations.
The chart shows absolute altitude which I assume is from the GPS and “origin” and “home” altitude. I assume that the home altitude is the important value since that is where takeoff and rtl are based. According to the chart home is below zero! 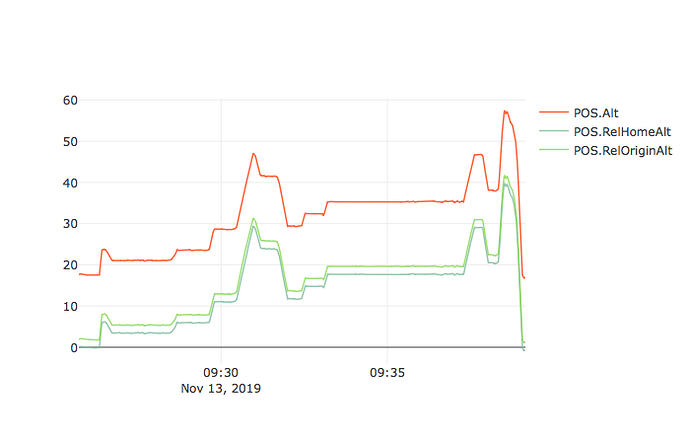 What you’re describing is insufficient battery power to arrest the descent. If it had sufficient power, it would have slowed to the land_speed parameter rate (50cm/s default) at the land_alt_low parameter height (1000cm default).

Carrying it before takeoff will not affect this. The baro is calibrated to ground level when you arm. If you put in RTL again to test, this time without a dead battery, you’ll see it execute the landing the right way.

I suggest you modify your battery failsafe parameters, because it seems they are current way too low.

I think you are right about lack of power. The battery voltage dropped dramatically after the failsafe, due I suspect to a tired LIPO which only lasted 10 minutes instead of 15-18 I usually get. It will now be retired

I have added a couple of audio alarms on the radio for advance warnings. 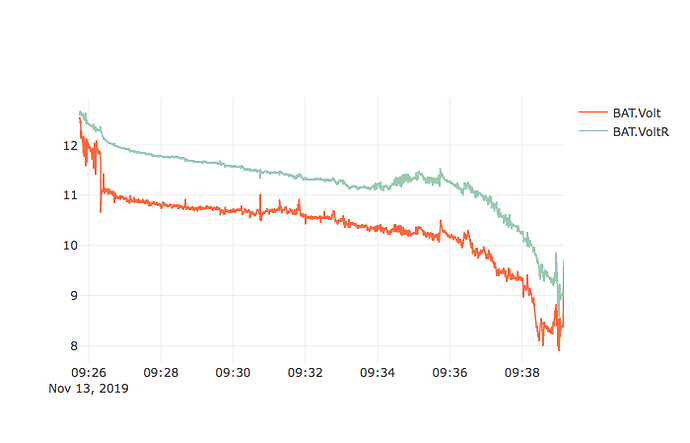 I looked at the log again and noticed that LAND_SPEED was 100. The default is supposed to be 50.
This was the first test flight after upgrading from 3.6.9 to 3.6.11.
I cannot say with 100% certainty that I did not change this parameter, but I would advise checking it after such an update.

That’s not something that would be be changed by any means other than manually by the user.

Another senior moment then. . .