Anyone got some ideas?
The RC, ESC and motor used are in the pics attached. 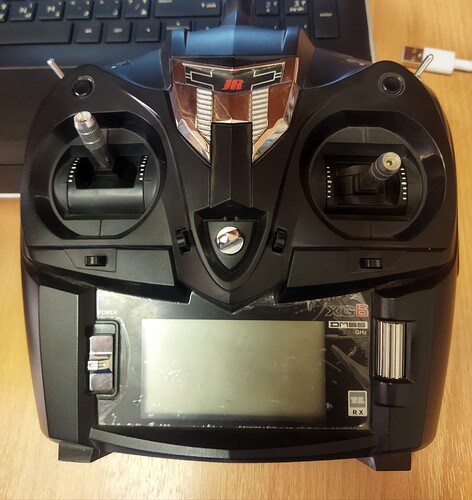 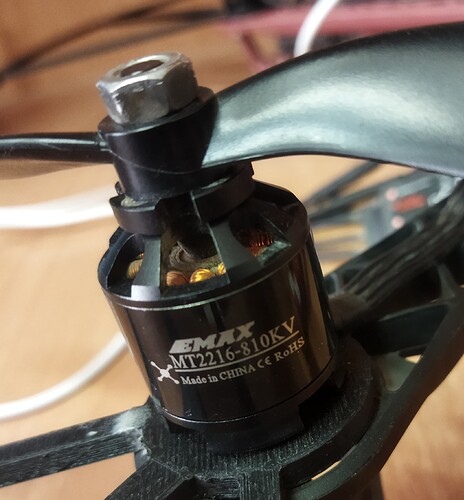 And these are the output of the RC after calibrating over mission planner. 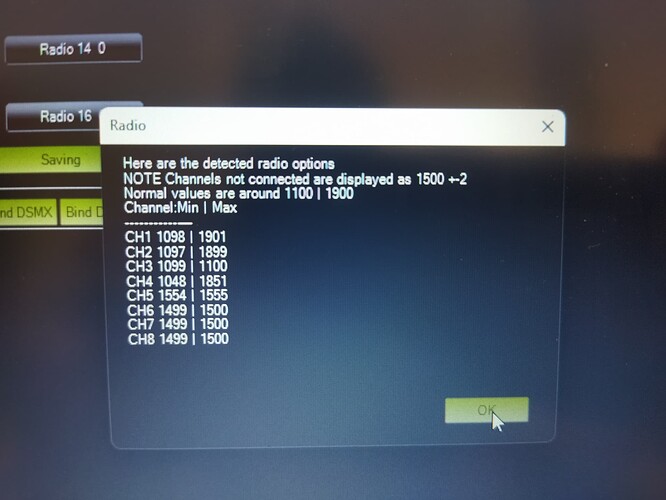 No one here to help?

Connect the ESC’s one by one to the receiver and follow instructions that came with your ESC’s.
In that way nothing can go wrong with the process involving MP

I just followed the precisely same steps more than 20 times now. The problem I think is from the transmitter pwm radio. I don’t know exactly.

The ESC’s instructions.
These ones https://www.google.com/url?sa=t&rct=j&q=&esrc=s&source=web&cd=&ved=2ahUKEwj-2q7Jq775AhU-_bsIHbCJCzcQFnoECA8QAQ&url=https%3A%2F%2Fwww.tme.eu%2Fes%2FDocument%2F7ff785f309f8aa6f132154ed54c7abf2%2FSimon%20instruction.pdf&usg=AOvVaw2qSgXy4iGI7Cs5bVhXnZGl

I would connect it straight to your receiver as it may be that your throttle channel is set to reverse. This wouldn’t work.

So, after connection one ESC to receiver follow this:

If you don’t get the two beeps then repeat this process but this time with throttle stick down when connecting to power. - If that works then your throttle channel is in reverse and you will have to fix that first.

Just noticed the protective plastic on your RC.
If this is a brand new RC you’ll need to pair transmitter & receiver first before they “talk” to each other.
…but looking at calibration screen basic pairing may have happened but none of the other channels have been configured in MP (like your switches on the control)
…Anyway, that’s a separate matter.

Well I’m stuck on the first step, no 2 beeps are heard… only beep beep beep…
And this is my problem and I don’t know why.

Have you got a servo available?
We need to confirm that pairing of receiver to transmitter is OK. This can be done by connecting ESC to receiver, applying power and then also connecting servo to receiver and moving controls on transmitter. (Also light on receiver should be on steady if paring was successful)
Other possibility is that you may have ESC control wire the wrong way around. No control signal can be sent to ESC if incorrectly connected.

@Karl_Schoelpple Thanks for your attention and help. The main problem was from the throttle channel settings from the RC transmitter. They were: ( High 70% and Low 30%) and that was causing the beeping and the not being able to calibrate the ESCs. I adjusted them to 130% each and everything worked fine. (Now the high pwm is approx. 2000 and the low one is 1000). It is a rule: whenever the ESCs are beeping very fast, approx. 4 beeps / sec (beep beep beep beep …), this means that the problem is from the radio. If beeping 2 beeps/sec (beep beep , stop , beep beep , stop , …) This means that the battery is either overcharged or has no enough charge.

I’m please to hear matter has been resolved.
But this highlights why wee need to have as much detailed information as possible in order to help.
You just mentioned it keeps on beeping whilst it would appear there was a system to that beeping. - This is exactly the kind of detail we need to know in order to provide useful help.

All best and a smooth setting up of everything else.