Error conecting with the terminal

When we try to connect the ardupilot to the mission planner and do the motor test, when the com port is open, it start to write numbers and numbers and more numbers and it never stops. We dont know what to do to keep progressing, if someone can help u 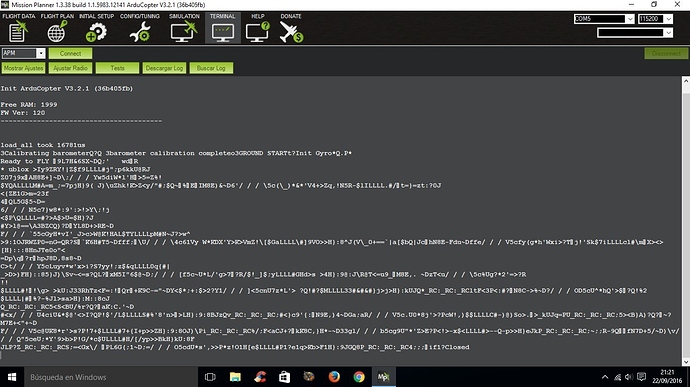 That is Mavlink you can see in the Terminal.

Yes i know, but when we try to do it there it tapes a mesage that “the command is not permited by ardupilot” and all is connected as well.

Although I haven’t used Terminal in a long time I do know it has been removed from the APM 2x versions for space savings.
Not sure what functionality is still in PixHawk, but you do have to hit return 3 times in the first 30 seconds, if my memory serves me correctly, to initiate it.
Otherwise it just goes to Mavlink.

I think you are just at the wrong baudrate. The default baudrate for the UARTs with MAVLink on a Pixhawk is 57600. I notice your connection is at 115200. Try 57600 and let us know if it fixes it.