09:58am - Pre-agenda item: plot.dron.ee
https://plot.dron.ee/
Really fast!
Hoping to collaborate on this

10:00am - conflicting advice given on servo
https://github.com/ArduPilot/ardupilot/pull/7109
Tridge needs to make an executive decision
Needs to review properly first
MdB is concerned we won’t run various plane mixer checks
Also it is running at 400Hz which is bad for a few reasons
cork/push probably needs to go into servo library
16 channels and 400Hz won’t fit on the uart
Where do we buy one of these?
Volz directly
180 euros a pop is a little steep
$1590 euros….
Brushless, contactless, ….
Needs a rebase
Tridge will clone and offer advice
FF: @Michael: it’s actually for all vehicles now
[10:07 AM] (Channel) MdB: Fransisco: neat, hadn’t re read in great detail
[10:07 AM] (Channel) MdB: definetly needs to be cork/push aware then

10:10am - Randy and Copter
Need to push out 3.5.4rc1 this week if possible
PixHawk2 guys have run out of hmc compasses
Need to get new version out which supports new Cube
Current stable version doesn’t support new Cube
Set-gpos-global-origin will go in
Serial5 stuff will go in
See backports list
Fix i2c race condition on init
spline/loiter unlimited fix needs to be looked at
RL: tradheli guys have been busy!
They want a point release in 3.4 to fix the heli stuff
Tridge has been talking with Chris and Bill
And input from Rob and others
Patches in master to fix up principle issues with helis
Want a set of patches vs 3.5
Small patches
Only impacts heli
Leonard said OK for one of them….
Randy will bring them in for this next point release if someone pulls them into the 3.5 branch or add them to backports or make a PR…
Tridge will make a PR against the 3.5 branch
Anything outstanding for 3.5 copter-wise?
Tridge thinks most concerns have now been addressed
Servo-test function?
Bill PR’d a fix for that
Fixes functionality…
Tridge to review
Tridge demoed using RealFlight for heli testing to Bill
They’ve been doing lots of testing, which is great!

10:19am - Randy and Rover
A few fixes in -rc2
https://github.com/ArduPilot/ardupilot/blob/master/APMrover2/release-notes.txt
Pivot-turn fixes
Tracked vehicles need more power
Gains were too high originally
Speed nudging
Now nudge increases target speed not throttle
Pierre found a throttle-slew bug
was using 1100/1900 rather than parameters!
The PID-over-mavlink allowed fixing desired-achieved issue
More bugfixes for pivot turn asymmetry
Pivot turns in auto mode are still an issue
Code is almost there but wasn’t enabled in auto mode
Nick must be using a modified version for his demo videos?!
Direct approach
Take L1 controller (lateral acceleration to servo output controller)
Jam stuff in here?
Flip controllers
Angle-error-to-rate-to-servo-output
Switch out of l1 controller into this one
This effort didn’t go well
Where in the L1 controller do we deal with initialisation?
Flying in manual and you’re banking then you switch into manual then back into L1…
Where does the state get reset when you leave or reenter so you don’t have i-term buildup etc?
Originally there was no integrator…
Additional of cross-track integrator was added by MdB some time ago
MdB: nope, somebody else!
Tridge digs for code….
Xtrack error
Data is stale?!
Xtrack_i variable
Doesn’t seem to currently be a reset!
Should probably reset it at line 209
https://github.com/ArduPilot/ardupilot/blob/master/libraries/AP_L1_Control/AP_L1_Control.cpp#L209
This should fix some odd things that Randy’s been seeing when switching modes
MdB: it’s limited low, so this might not be your issue
Tridge: yes, line 306
Tridge thought we did pivot turns in auto while he was working on Rover code
Randy: It’s been disable for many modes
Couple of years ago it was working!
AP_Winch was pushed in
DC motor with encoders
Rate control, distance control, …
Randy’s waiting for his vehicles to return

10:34am - tridge and Plane
3.8.3beta
Some good bug fixes
I2c device race conditions on probe
Small probability that it wouldn’t be able to construct second device
Race on incrementing integer
Naming issue
Could happen with many sensor types
https://discuss.ardupilot.org/t/plane-3-8-3beta1/22637
Updates for quadplanes and tailsitters
Improved transitions
Smoother
Intermediate states where you want to go forward with tail up and then bring nose down smoothly
And same in reverse
Have stopped chucking things straight at the Copter controller
Intermediate state over a fraction of a second it raises nose as a fixed-wing aircraft
So not at 90 degrees when Copter takes over.
Fixed-wing-takeoff on a quadplane went badly…
So fixed-wing takeoffs will actually do vtols now
Q_OPTIONS lets you get original behaviour by setting a bit
32-bits of goodness
NAV_TAKEOFF vs NAV_VTOL_TAKEOFF
Commanded-pitch is only difference really
Release should happen soon
Could have made it an arming check
There’s also a bit for the same thing on landing
Third bit for transition level
Helps if you’re trying to turn while transitioning
Option says to keep wings level to within LEVEL_ROLL_LIMIT until transition is complete
New airspeed sensor
Working on branch but not quite ready for prime-time
3.8.4 for sure
Has different tubes
Some interesting corrections in the driver
Length of tube and air density
Trying to return TAS rather than EAS which is bad at high altitude
Can’t do this!
This is a mass flow driver not an airspeed sensor
Can calibrate between the two
Flow goes in the front and out the sides which is not quite the way the sensor is supposed to run
Specific tube which is a lot bigger with flow characteristics
The corrections need to be parameters not constants!
Tube length etc etc
Constant for mass flow correction
Tridge needs to look at data sheet
Mass flow is directly relevant for flying rather than airspeed, so maybe there’s some interesting stuff for the future here!
Also looks like there’s some stuff relevant or other drivers in this patch set
Barometric pressure corrections
Add dual-airspeed sensors for 3.8.4 for testing purposes
AgEagle joined as a partner and has offered to test this stuff in parallel for us
No zero required?
We’ll see!
Air flow overs silicon and cools it in proportion to the mass flow
https://www.sensirion.com/en/about-us/newsroom/newsletter/articles/efficient-gas-flow-measurements-in-bypass/
Not a flap with a pot on it like some cars use….
Some cars do use a hot wire which is kind of like this

11:02am - RealFlight8 patch is out!
Press the button, click agree and you get nice ArduPilot integration
Question as to what that agreement is
Buzz had issues with previous beta wording

11:03am - cameras and SkyViper
Randy had issues with the RPi camera
Try to pull SkyRocket’s sonix board out and use it as a companion computer and a way of getting live video streaming
Camera that’s on there could be replaced
There’s a list of drivers that are already supported….
https://github.com/SkyRocketToys/Sonix/blob/master/buildscript/.config#L183
Sensor drivers are binary, unfortunately
See line 193 for sensor being used
How good a camera you could attach is an interesting question….
Sonix is low on memory
So not a lot of image processing….
Even holding a big mage into memory might be a problem!
See free command
Baud rates are limited
625000
Dataflash-over-mavlink
PH2 has no problem with that
Usb-serial-adapters are a pain, though
4V is OK
5V is OK for a while
Olivier killed the flight board by running it on 4V
for a long time …. But seems bad luck, others ok.
Little metal shield is important for GPS quality
Really need a case to be nicely productised
Wiki about connecting to a different flight controller
Gimballed RPI camera is a problem
Inspire or Spark gimbal needed…
Enclosure with z zero in it with the camera and then use a GoPro gimbal 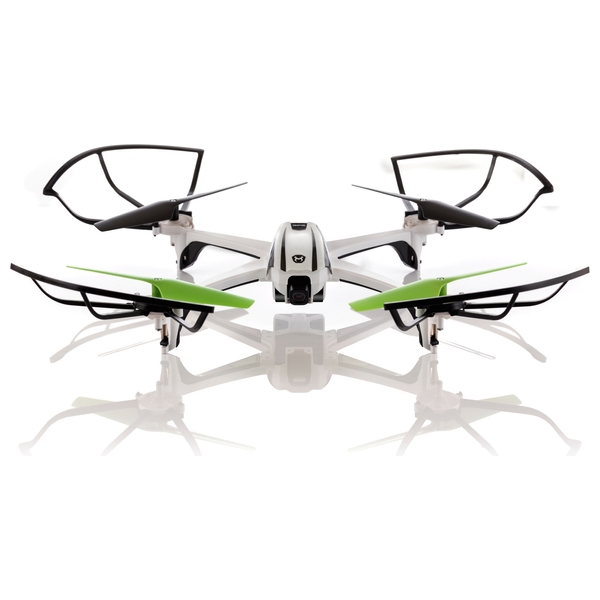 
Support mavlink commands for taking pictures would be good
Currently triggered using a named-value-int
Start recording/stop/recording/is-recording, take-picture
PR in mavlink repo for more camera support
There are issues with it

11:21am - Amilcar and Units patch
Agreement that this should go in
Have Log_Write be able to work without specifying units
https://github.com/ArduPilot/ardupilot/pull/6820

11:28am - https://github.com/ArduPilot/ardupilot/pull/6128
Needs comments from Randy and Grant
merged!