Above is a video of DavidB’s test of ArduPilot’s sailboat support in action. The coding has largely been done by @iampete1 and although it’s still in alpha testing it should be available when Rover-3.5 begins beta testing in a few weeks.

Here is the 14 waypoint course the vehicle took in Auto mode. 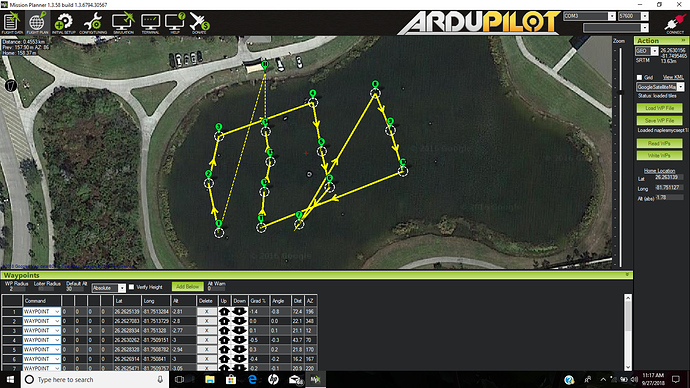 My understanding is the boat is hand-built by DavidB and although it doesn’t appear in the video, there is a windvane at the top of the mast. According to David, the heel control PID needs a bit more tuning to make it a little less aggressive in letting out the sail when the boat leans over too much but still it seems to be working well!

You can join the discussion here in the Rover forums.