Hello to everyone,
Firstly, some information of my plane:

Some important settings on plane: 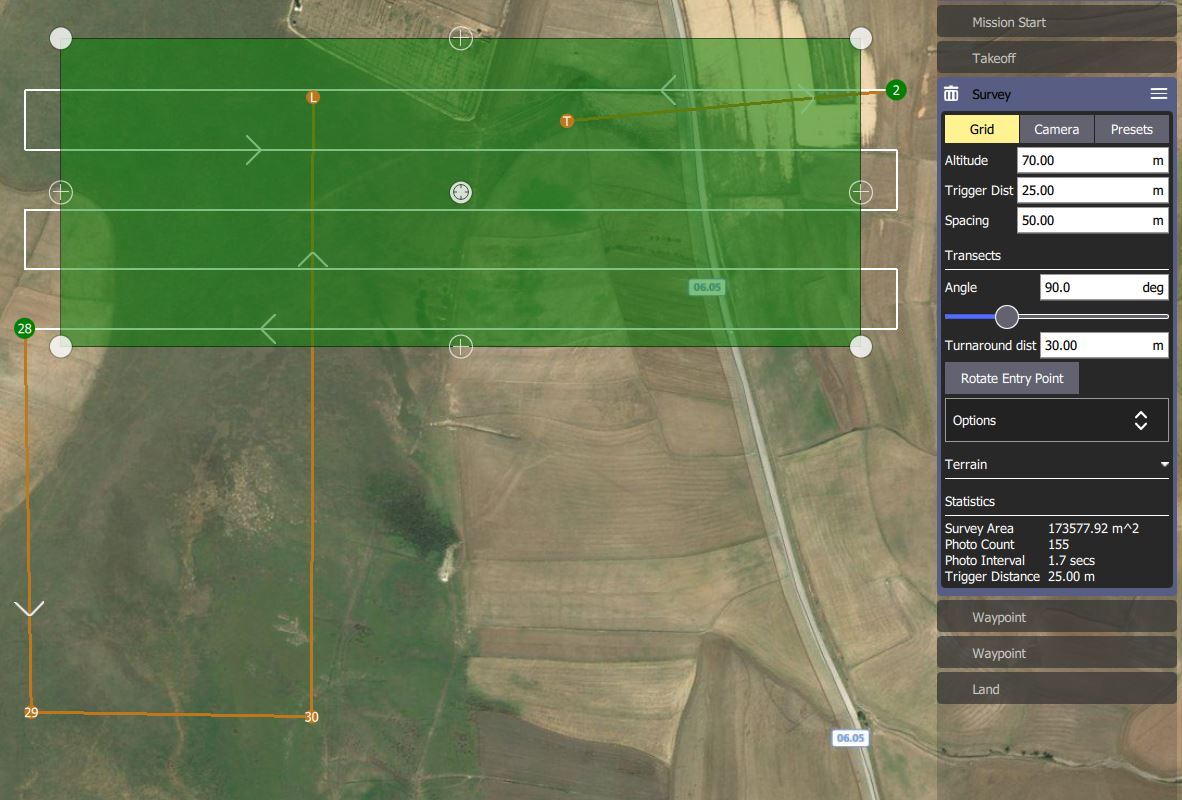 When I examine the logs, I see that just before turns, tail acts as shown in the image. I think this is not normal. 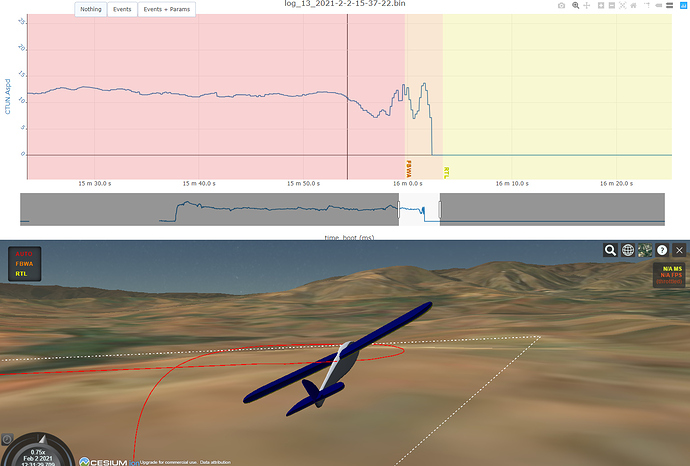 In the last turn of Survey WP(28. wps in the flight plan), the plane crashed.

Can you help me understand the weird behavior of tail and why might my plane crashed?

Stall speeds will increase as you increase bank angle, so there is always a higher chance of stall in a turn.

RC1_TRIM (roll or aileron trim) is set to 1519, however in the flight that seems to be spending a long time ~1440. Suggesting something is out of sorts mechanically that is causing the plane to roll. Could be C of G, like the battery is off to the side or if you’re doing survey and the camera is adding some drag on one side. Not an excessive amount, and probably not the root problem but worth mentioning.

Is the longitudinal C of G correct? While maintaining altitude the plane seems to be sitting around a 5 degree nose up attitude. This could be related to calibrations, but if it is indeed flying nose up then that will increase the stall risk.

The pitch tuning of this plane needs some work. There are a lot of pitch oscillations. Also coming out of the turns there is tendency for the nose to pitch up. The screen shot below is just an example of an earlier turn and you can see the blue line jump up. That’s the nose going up. This could be tuning, but also C of G. 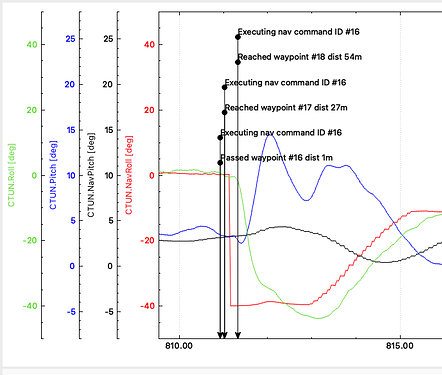 When the crash did occur, I think it was a stall. Coming out of the turn is a high nose up pitching moment, followed by the nose dropping. Meanwhile the FC is commanding a nose up attitude. 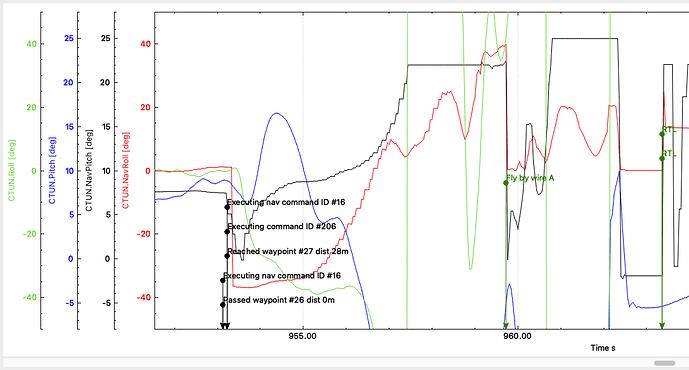 Verify the C of G. Improve the tuning of the plane, particularly in pitch.

As you said, there was a camera on outside of the plane .It can not correct longitudinal C of G of the plane because of that.

I prepared a new model according to the your suggestions.
I changed these parameters;
TRIM_ARSPD_CM,1400
ARSPD_FBW_MIN,11
TRIM_THROTTLE,50

I did not have any problems on this flight.
On the recommendations, I’ll work on the tuning settings of the plane.
I thought, autopilot can deal with C of G error but it didn’t.
I think the reason for stall may be due to the above parameters.Am I right? But these may not be the only reasons.

C of G is a physical limitation. A good flight controller will do a great job of masking problems with C of G, but it can only do so much. When you hit the aerodynamic limits the plane will stall, no matter how good your settings are.

Increasing the speeds will certainly reduce your risk of stall, but won’t solve the problem. The C of G needs to be correct. If you have a camera on one side you may need to add weight, or adjust your battery position to help compensate. Planes are typically more forgiving with lateral C of G, but longitudinal C of G is critical.

@Allister thank you for your advice and help. I will be more careful in incoming flights. Have a good day.