Crash after land command with Arducopter

Hi
I have had a successful loiter flight with my quadcopter having Arducopter 3.6 at around 13 meters.
It was very stable. Here is a video https://www.dropbox.com/s/1p39qwpts5ufhs0/WhatsApp%20Video%202020-12-20%20at%2010.24.34%20AM.mp4?dl=0
Then, when I made a LAND command, the copter suddenly started to move upward instead of landing until it reaches 30 meters, then just dropped from the sky and crashed.
Nothing is really clear. I have analyzed the log file but I could not find any clear reason.
log_7_2020-12-20-10-03-48.bin (949.5 KB)
I would appreciate if anyone can help us understand why the LAND mode resulted in flying up and then crashing instead of landing as it was expected.

Thanks in advance
Anis 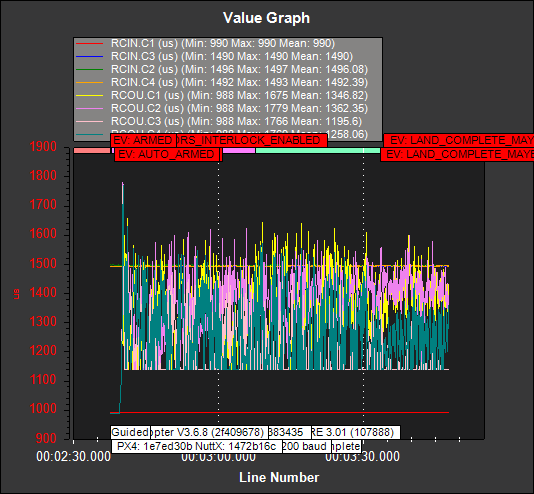 Look at the channel 1 RCIN it is flat at 990 it should be about the same as your other channels at 1500. 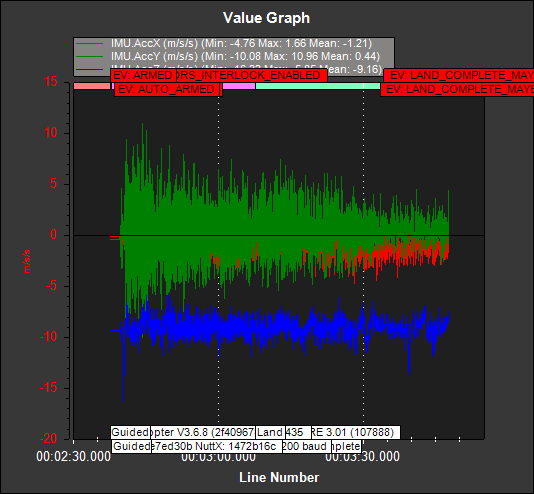 you can see this prop spinning differently in your video. The RCOUT values are bottoming out and erratic.
Vibrations are high if you look at IMU accel 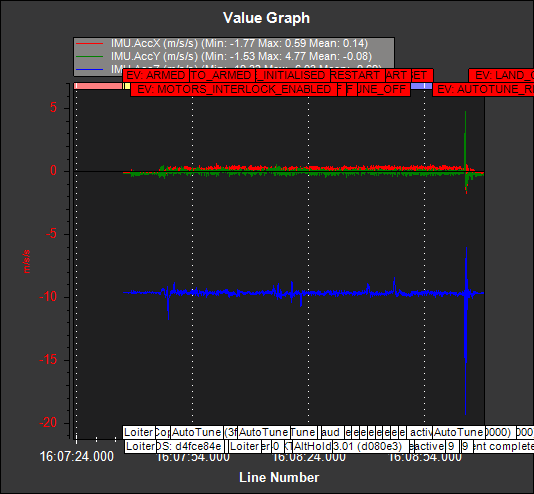 They should look like this.
I can’t say for sure but my guess is the controller shut down.

Not really. I have only used the RTL command. The drone will rise to a safe altitude before trying to RTL but I do not know for land.

Then get rid of the tether, it will not stabilize properly constrained by a tether.

Thanks. I will try this. But still, I could not figure out the why of having LAND goes up!
Could it be due to tuning? Or any possible configuration in the drone? of just a bug in Ardupilot version that I used?

the problem is that the autopilot when it did 30 meters (which is twice the LOITER altitude) after the LAND command, it thought that it landed and then stopped motors as can be observed from this plot. I can understand why the drone dropped, but I cannot understand why it goes up for landing and then thinks that it has indeed landed. Seems like there is a reversed parameter for the altitude with the

I would strongly suggest using conventional RC control for tuning, and even as a backup once you get this completely tuned and operational. Dont rely entirely on Guided mode.

You motors are going to minimum, it cant come down.
EDIT: the stability/attitude control is poor so output of all motors cant be reduced enough to descend AND maintain control. 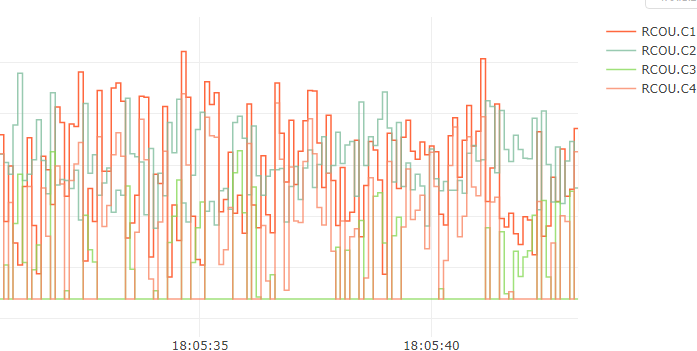 Definitely upgrade to latest stable, then do the bootloader update too.
Then check the tuning guide, have a good read then follow it though making your adjustments.
https://ardupilot.org/copter/docs/tuning-process-instructions.html
Connect to MissionPlanner and press Alt A and the dialog will help you set some starting parameters. Or use this spreadsheet:

Thanks a lot for the recommendations. These are helpful.