Copter wander when RTK changes between FLOAT and FIXED

Testing RTK navigation with F9P GNSS base and rover receivers, I’ve noticed that when switching between FIXED and FLOAT that the copter will wander horizontally in LOITER - as if the copter was suddenly seeking a different location when the status changes.

And since the change from FLOAT to FIXED frequently happens near the ground - this can be alarming.

I’ve not flown any RTK missions in AUTO yet. My tests are in LOITER where I essentially hover over a fixed position up to 100 meters and back to test the RTK performance.

The attached chart shows the changes to control inputs (RCIN) required when the GPS status changes between FLOAT and FIXED. It also shows ripples in horizontal velocity - as it takes a split second for me to catch the position drift and return the copter back to it’s position.

Maybe this is something the EKF is doing. So far I’ve been able to simply pitch and roll to keep the copter back where it needs to be. But I thought it was worth reporting - just in case there is a remedy.

Thank you for any comments! 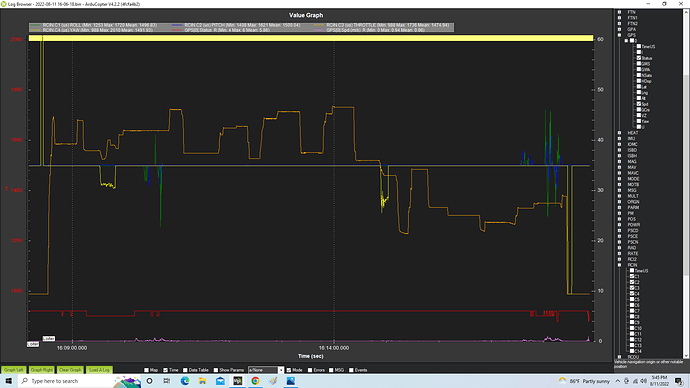