Copter-4.3.0-beta3 has been released for beta testing and can be installed using MP or QGC’s beta firmwares links. Alternatively it can be downloaded directly from firmware.ardupilot.org.

Changes vs 4.3.0-beta2 are in the ReleaseNotes and copied below

We think we are quite close to the final release of 4.3.0 so all feedback is very much appreciated!

Cheers Randy and the Dev team,you all rock.

Concerning „ 1. Pixhawk1-1M, fmuv2, fmuv3 display warning if firmware mismatches board’s flash size (1M and 2M)“
Does MP recognize that the Pixhawk has the silicon errata or is it due the previous installed firmware that the alarm will come?

MP will not recognize that. ArduCopter will recognise that.

Txs for helping us test. As @amilcarlucas says, in this case, it is the ArduPilot flight code that will notice the mismatch between what the board is capable of and the firmware being used and then display a warning so Mission Planner is not involved.

Separately I think that Mission Planner can display to the user if the board has the errata but I can’t immediately remember how or when it does that. I think perhaps it is displayed on the Firmware Install screen just below the progress bar at some times… but I might be wrong.

Hi!, Yesterday I was in a park in the city where I live, so I took the opportunity to fly my Drone and after several minutes when I decided to descend with the throttle in the low position for a fast descent speed and when the drone was at a height of 20 meters, I released the throttle stick to make it stop, and it did not stop, hitting the ground, luckily there was no damage and it can still fly.

A look at the log would be very helpful:

I released the throttle stick to make it stop, and it did not stop, hitting the ground,

Most likely because it doesn’t have sufficient thrust/weight to fly properly. You didn’t notice those Thrust Loss errors or the fact the outputs are often commanded to max when you reviewed the log? The MOT_THST_HOVER value learned at 0.548 is indicative of this also.

Thank you very much for taking a look at the log, I have flown this drone for 6 years without major problems, with very good power and with a value of MOT_THST_HOVER not greater than 0.415 and without loss of power in the motors.

That’s not what you have now. No current logging, that might help to see what’s going on. 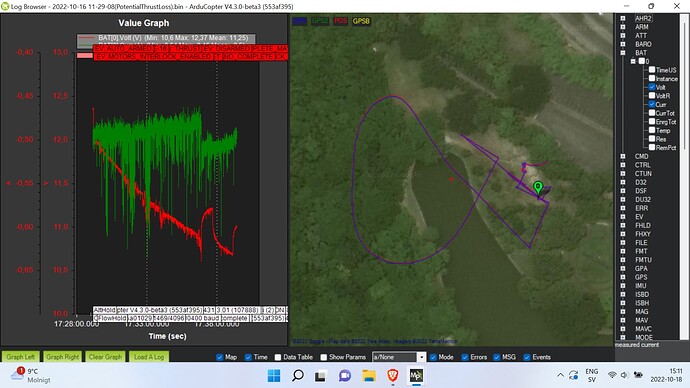 The voltage is getting quite low at the end too, that combined with insufficient thrust could be an issue.

Do you have more info about motors, weight, ESC etc?

Do you think the motors have reached their useful life? or will it be a problem with the Arducopter beta3?I am using the DJI Spark motors, STABLE F411 BLheli_S 4IN1 12A ESC(16*16mm) and the weight of the Drone is 275 Grams. 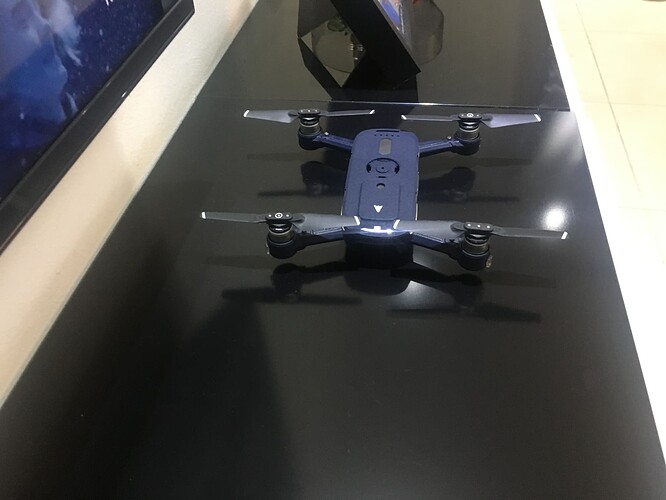 I have no experience on how motors act when they get too old. Although your motor output is too high. You should be around 1500, yours is at around 1700 as Dave said.

Don’t know why this has worked fine in the past since it shouldn’t. Do your motors get hot after flight?

I guess you could tune the craft to be very soft and have very low angular speed when correcting pitch and roll, although the issue it still there. The best solution would be to try and reduce the weight of the aircraft to get the motor output below or around 1500.

They are heating up more than normal, for a few days, however, that did not happen, the engines remained cold.

Thats strange. Is this since you updated firmware to 4.3.0 beta3?

That’s voltage. Current is the lower scale and obviously not right.