This is a list of the things we should test in Copter-3.5. Items will be listed as “Not Tested”, “OK”, or “Problem”. If you successfully test a “Not Tested” item, please post below and we can update it’s status to “OK”.

Frames (do these frames fly at least as well as AC3.4):

Boards (do these boards fly at least as well as AC3.4):

What does EKF 3 do for us and what should we look for to report as “successful”?

Dave,
For the EKF3, I would say if it seems to fly normally that’s a sign of success. So perhaps change the EK3_ENABLE to 1, reboot the board and take it for a fly and if it works, I think that’s good.

One change in EKF3 is that it can figure out the accel calibration values without the user going through the regular calibration. So you could try it on a board that hasn’t had it’s accelerometer’s calibrated, turn off the arming checks and see how it does in Loiter mode.

Thank you for the list. Have always wanted a go-by since I tend to stick to my typical flight routine.

Onboard Display is a go - Pixhawk 3DR.

Randy,
If I wanted to reset the accel parameters to Default (uncalibrated) so I can test the EKF3 accel cal feature w/o defaulting all parameters would I just set the INS_ACCxOFF_X,Y,X to 0 and INS_ACCxSCAL_X,Y,X to 1?

@juanjojjjjjj, thanks! I’ve added it to the list of confirmed-to-work displays.

I have Loaded 3.5 onto a quad the pixhawk 2.1 everything calibrated and looks ok apart from the compass calibration on 3.5 the reading for compass 1 is in the green and compass 3 doesn’t appear at all. The Compass values are quite a bit different from the previous version. 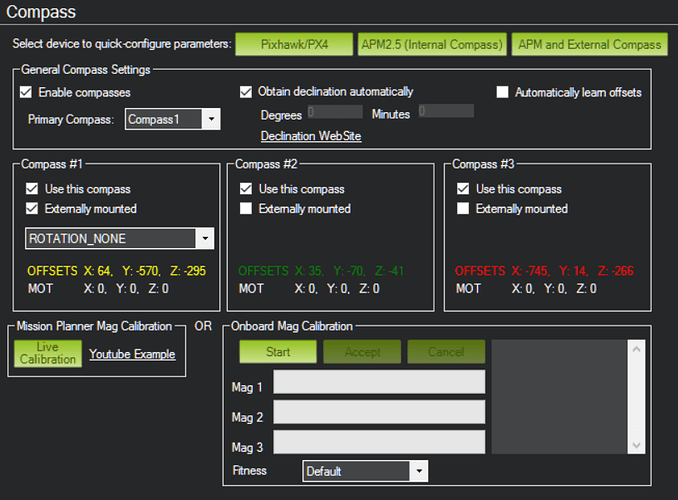 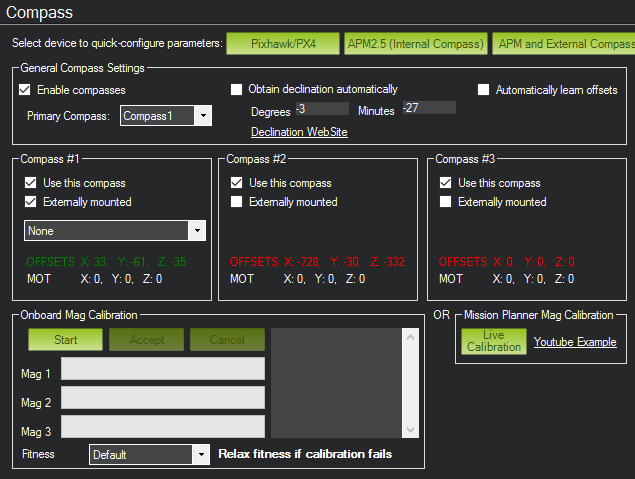 Switch to loiter and wait for the full green indicator (in house testing on the bench) got 10 sats… small display kept showing compass needs calibration, but prearm indicator on display showed Prearm Passed…(and full green light on PixHawk, so in the field I would have taken off…)

SSD1306 is already paying for itself…

Started thinking that GPS must be too unstable (I.e. Detecting speed, while in fact there was nothing moving). But even after a long wait this fence message didn’t go away… so changed fence parameter to Full (7) which solved that one…?? 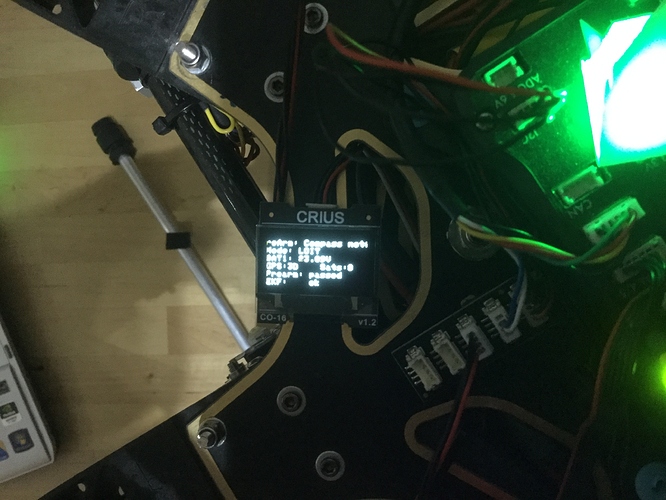 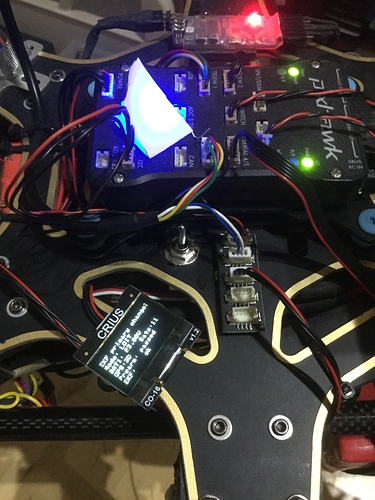 Thanks very much for the reports! I’ve updated the list a bit. Also I’ve added a list of board types.

@ardisd, the compass offsets look quite similar before and after so that’s fine. It does look like a compass has gone missing but I wonder if perhaps you’ve disabled the external compass? It definitely looks like what was “compass #1” is now missing. But that doesn’t explain why the new “Compass #1” is appearing as “external”.

In relation to clearing messages, that’s happening at the GPS line as well when switching from 10 Sats back to 9, it leaves the 0.
Top line indeed keeps telling you that throttle is between failsave, even after powering up transmitter, so it seems it is not getting updated with latest info…

The compass values itself are quite different as well. 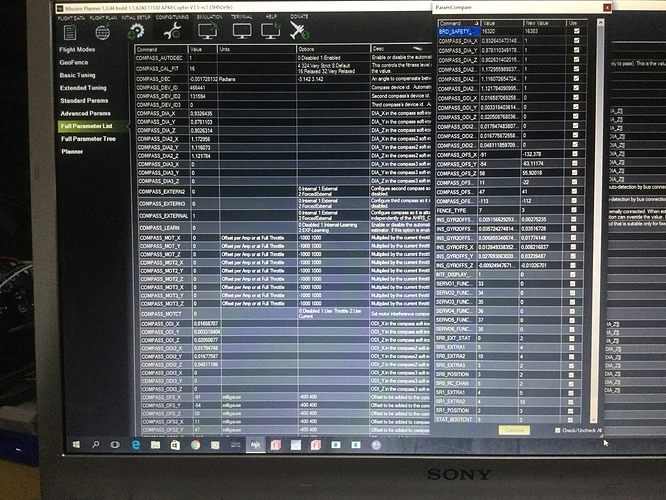 Re the screen, ok, a little more work to make it perfect I guess!

Regarding the “missing” compass in Pixhawk2: it’s normal. Previously we had three compasses running:

To complement this information: the MPU9250 chips were in early Pixhawk2 versions (some in Solo for example) MPU6000, which doesn’t have a compass. Usually only one compass is used at a time (and most people will have a better external compass) so having two internal ones is more than enough. Also, the system only supports a maximum of 3 compasses even if it detects more.