Copter-3.5.0-rc5 has been released for beta testing and includes fairly major enhancements and bug fixes over -rc4. The list of changes can be found in the ReleaseNotes and it’s also copied below:

In case you’re wondering why so much is included in this release candidate, it’s mostly because of 10b (“Performance Improvements for parameter requests from GCS…”) and 11a (“LSM303D timing fixes”). These important changes require at least a few weeks of beta testing and we felt back-porting these changes on top of -rc4 was actually more dangerous/error-prone than making AC3.5-rc5 use all our latest code. Good news is that there’s a lot of improvements, bad news is a few new issues will likely appear.

So thanks for your patience and again, thanks very much for beta testing this release!

I flew recent master and AC3.5rc5 for a couple of hours. Some with EKF2 only and some with EKF3 only. At least in Stabilize, PosHold, RTL and Auto there were no issues related to the firmware. So it is nitpicking, but since there had been some discussions about it, I am wondering if we should look at the PM logs - especially LNon and MaxT. On my current AC test rig (quad, Pixracer, oneshot, EKF3) I see NLon values between 110 and 180. Is this something to keep an eye on?

Is there any doc somewhere to start playing with smart battery? What boards to get, how to attache boards to pixhawk and how to read data?

Any chance of having all data coming from batteries in future? Like voltage, Amp draw??

For Piksi GPS, is it possible to use it on an IP connection and inject correction data over an existing link and not use regular serial telemetry radio?

Zubax Gps and Mag are not working with rc5

The Zubax Gps is correctly initialise with rc4 while with rc5 is not.

Flying my quad with pixracer in Stable,Althold,Poshold without problems.

Hello, I found a bug while using the esc_calibration parameter set to 3.

Arducopter does not initialize, and keeps booting (i can see APM initializing for 5 minutes, when connected through the sik radio).

Only way to get away from this issue was to get back to arducopter 3.4, calibrate esc, and then get back to 3.5RC5.

Bug on esc calibration
and the analog sonar dont work yet

This was a couple of quick flights. Hover, low altitude, high altitude, lots of circles and both slow and high speed runs.

First issue on boot was FS_Throttle_Value which for some reason I had some problems working out. ESC calibration finally works through Mission Planner though : ) At least on these XRotor 40A ESC’s I could never get it to work, so I just did each manually through the xmitr.
In the end I just needed to lower the FS value about 10 PWM and it finally stopped lol.

Second issue, which I posted already - has persisted since RC4 - is the BAD AHRS error which pops up after booting and until I arm. This is specific to the Cube as neither of my Pixhawks do this.
I never see it again after arming, and I haven’t looked much into it.

I notice that EKF 2 is assigning both IMU’s on Cube now. I hadn’t noticed this message prior to RC5.

The Lag on telemetry between FC and Flightdeck has decreased substantially, however it’s still there. After arming, and take off, it’s probably about 10-15secs before mode change announce. Telem updates on HUD are slow until this time as well.

EDIT: I still get BAD LOGGING when I set Log_Backend to 3. I have to set this to 1 for it to work. Getting the audible tone now when radio is switched off on Cube. Wasn’t getting it on the last RC’s. Still no “Close Encounters” tone after FW update. (This happens on Pixhawks as well).

Another quick flight. Circles and both slow and high speed runs.

it seems ESC calibration is broken for Oneshot125.
ESC calibration works when Oneshot is switched off.
I tested it with BLHeli_S. It is not related to EKF type (I have testesd EKF2 only and EKF3 only).

Randy, whats does this exactly mean “Vehicle heads towards target point instead of next waypoint during straight line waypoint mission commands in AUTO” vs how it was previously where one setting meant yaw was facing towards next waypoint? what the difference between target point and next waypoint?

I loaded rc5 on mine and had an AUTO mission, it appears I had a GPS glitch, not sure if just coincidence, am running 2 GPS, the only thing I notice were this pictures from the UBX parameters, you can clearly see the JamID and other stuff right when it shifted to EKF0 (it did display velocity variance during that event but flew mission fine)

not sure if this could be an rc5 issue or unrelated… 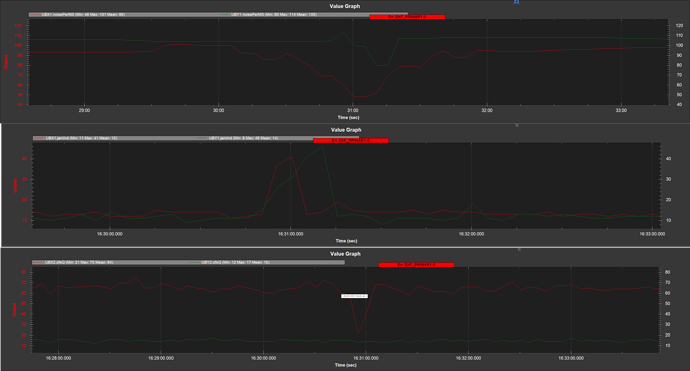 @imrj,
Re “Vehicle heads towards target point” - this means that during straight line waypoint missions, you should see that it no longer turns too early towards the next waypoint. I.e. if there’s Waypoint1 and Waypoint2… in previous versions, even before the vehicle reached waypoint1 you might see it point towards waypoint2. If you never noticed it, don’t worry!

@anon67614380,
Re smart batteries, here’s the wiki page: http://ardupilot.org/copter/docs/common-smart-battery.html
So far we only know of two manufacturers of smart batteries - Maxell and Solo. We expect more will appear this year including from the Tattu battery manufacturer. If/when we get samples we can test & resolve any compatibility issues that might appear.

Thorsten,
Re the PM messages’s NLon (number of long loops) and MaxT (maximum time of a single loop), We should keep an eye on this especially when using EK2 which is the default for AC3.5. 180 long loops (4.5%) is not great but within the acceptable range I think especially if the MaxT is staying below 5000 (which is 0.5ms when the ideal loop time is 2500).

@felipeviveiros, @nicodh,
Thanks for the reports on the OneShot ESC calibration issues. We really did test this and it was working OK but it all seems rather fragile. @tridge has an idea of what the issue is so we will work on that and so we will definitely need an -rc6.

By the way, it’s much better to post new issues in a new thread. It makes it easier to track I think.

@rmackay9
Thanks! I think it is good to have some numbers for orientation.

@peterbarker gave an explanation at: 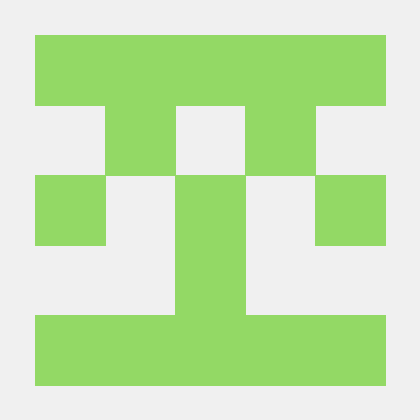 Tests from @hsteinhaus show that it is related to the SD card. And this is what Peter confirmed. Interestingly a slower 2GB card perfomred much better compared to newer and faster cards. I hope I or someone else can reporduce this effect.

@lucamax Please provide full settings list for Autopilot and Zubax. I will be glad to help to review this issue.
Also please share the physical setup of your CAN network.