Copter-3.5.0 has been released

Thanks very much to everyone who put their copters at risk to helped beta test this release, raised issues, posted log files and confirmed that things were working (or not as the case was sometimes)!

This category now becomes the regular support thread for Copter-3.5 but I’ll be following up on issues raised here especially for the next few weeks as new users try out the software and invariably bump into some problems.

I’m sure we will have some “point releases” to resolve issues and add minor enhancements over the coming weeks and months.

one open issue, if I’m not mistaken, is spektrum satellite support on pixracer. Is there a time line which could be mentioned?

@olliw42,
Thanks for the reminder. I think it will actually take less than an hour or two to fix the issue but we’ve been stuck because nobody has the right combination of equipment (pixracer + spektrum with >8 channel). I attempted to buy the equipment but sadly it arrived (after 4 weeks) broken or I broke it within 5minutes of getting it (broken pins).
Tridge tells me that what he needs is a file which includes the string of characters coming out of the receiver so he can test the parser.
Tomorrow I’ll try and test again with my equipment…

thx for the quick response

I would be perfectly willing to help out with testing, if I can.

I do have now a pixracer (R12, with spektrum resistor-removal mod) and use a spektrum satellite. I though do have a 6 channel transmitter (old DX6i), but for this setup I too get incorrect signals. I can’t tell if it’s the same issue you guys are talking about, but it deems me natural to assume so. Anyway, if that should be news: Also with a 6 channel transmitter there are issues.

I think I should be able to generate the requested string of characters, but - honestly - I’m somewhat surprised that it is the parser which is suspected. I mean, the parser was working before, and it should be easy to see if something has been changed here, so I was assuming that it must be something much nastier than that.

I actually looked in the code, but I didn’t got far. The processing of the spektrum signal seems to go through all levels from the very bottom to the top, which I couldn’t comprehend. If you would have a pointer to where you suspect the issue, I would be happy to have a look at it.

ähm, recorded spektrum streams but used 115200 baud, for reason which totally confuse me now, have first to sort that out …
thus deleted

I guess I’m not of much help here. Sorry.

Seems very good but perhaps a caution for tricopter flyers, my CH7 (yaw servo) has to be reversed (1) for the servo direction to control the tail correctly, seems the new firmware set it back to the default which is 0 and this could catch some out. (note: due to the name changes this is not listed if you check by doing a parameter compare) 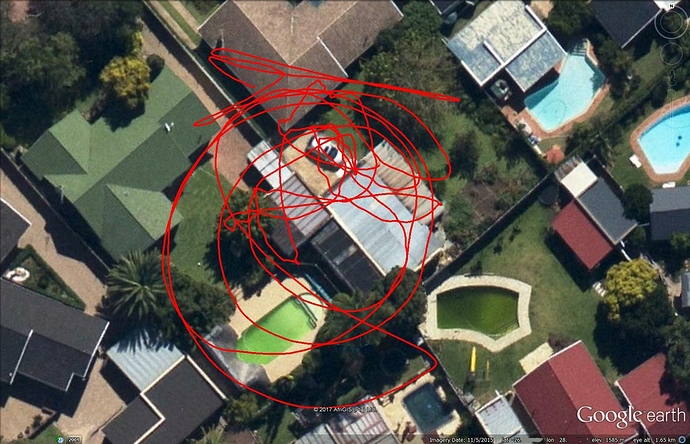 Hi @olliw42,
Re the spektrum woes, I’m all a bit helpless in this area. I’ve asked Tridge if he can step in here and help us out.
The fact that you’ve seen it with a 6 channel setup is new and perhaps quite important info.

Maybe a good first step is to rule out the parser as the issue. So if you can post a file which is the output of the receiver I’m pretty sure Tridge can run that through he parser and if nothing bad happens we know it’s not the parser.

the files I’ve deleted in the above post are still online. Here the link again: www.olliw.eu/drop/apm/ac350-spektrumtest.zip.

I was following the pixracer-spektrum discussion, but I didn’t realize that this was specific to some setup(s). Sorry for not having reported my issues sooner, in hindsight I should have.

edit: if you would have a pointer to the parser code, I would be happy to look at it too

Just want to say that 3.5 is working great for me and I really appreciate the developers efforts. I added a second GPS to take advantage of blended GPS and it is working flawlessly. Also performed a auto tune from position hold last night and it was amazing. I will have to post the telemetry data, but I was just so happy to not have to touch the controls because of it not drifting off.

@olliw42,
Tridge has a potential fix for the DSMx issue. It appears that, as you suspected, it was quite a low-level problem. In particular we’re using direct memory access a lot more in AC3.5 (and higher) to improve performance. Here’s the two PRs together that should fix the problem:

I’ll produce an AC3.5.0 based firmware no later than Monday and then people can give it a try.

just for my curiosity, since I could not yet find that info (I’m a nuttx illiterate), are you using 115200 or 125000 bauds in reading the spektrum signal?

THX so much,
Olli

Tridge has lightly bench tested it with a Pixracer and Spektrum receiver. I’ve test flown it on a regular Pixhawk (with futaba receiver) and it seems OK.

Think you could give it a try? If it seems ok we will release it as AC3.5.1-rc1 in the very near future.

I sure will test it
thx so much, guys

my flight controller horizon is up and down i tried to calibrate to fix but its not working what should i do?

I tested the zip you provided using the very same procedure as before two times for more than 10 min each, and I did not get any indication of a problem
I can’t test fly the code (don’t have no vehicle yet for the pixracer)
but as much as I can see it looks
THX !!

Olliw,
Great, thanks very much!
I’ve test flown it (and so has Peter Barker) so I’ll do another test flight and then push out for beta testing.

I am looking for any word on the I2C2 issues, specifically the fact that we can not drive an SF/11 C rangefinder on the external I2C bus (aka I2C2) of the PIxhawk 2. I know you can use if if you use the serial port but that is taken. Also, there is an issue with using a 2nd GPS unit with the Pixhawk 2 that is also firmware related. Any love on these issues by chance? (I did not see anything posted on the changes for 3.5).

Have just been alerted by another Pixhack owner that in AC 3.5.0 the second onboard compass is no longer recognised whereas it was fine in AC 3.4.6.In looking back over a few logs it seems this is correct.Despite disabling the third compass it was recognised as can be seen in the parameters.This is no biggy for me as two compasses are plenty but it does mean something went wrong in the transition to 3.5.0. and it no longer sees this bit of hardware.

This also showed up in my recent calibration video with only two green bars active during it.

1 Like
Pixhack v3 : second internal compass not detected with 3.5.4
next page →