CAN question to developers

Can anyone please give some information concerning link of PH2 to gimbals accepting CAN information like DJI.
I’m asking for GREMSY gimbals … And at the moment the GREMSY guys say CAN is not ready on PH ?!
Is that true ?
I’m definitely not into this but I really would like to know about the status and if there will be something …

It’s true that ArduPilot doesn’t have support for any CAN based gimbals at the moment. There are actually a few different types of CAN but so far we only support UAVCAN … and even then it’s only for ESCs, GPSs and Compasses at the moment.

I imagine if the Gremsy guys sent us a gimbal which accepts CAN (UAVCAN or otherwise) we could add support for it.

Hey … Thx
Good to know … I will let them know … Would You need a complete gimbal or would just a board be sufficient ?
The CAN information they’d grab would only be for horizon drift stabilization I think …

It’s probably best if it’s a complete unit so that we can test it’s performance a bit as well. I hate to up the ante but two units would be great. One for me and one for Eugene (our CAN expert)… but if only 1 is possible we will make do. thanks!

Where are You located ?
thx

Huy from GREMSY said this 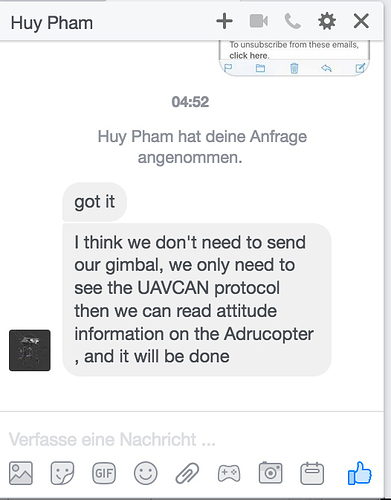 Will You please help ?

I think it would really make sense, because their gimbals are really good and more users would decide to go
for ARDUCOPTER on PH2 when knowing that they’d have CAN support for their existing gear (gimbals like H3,H7,H16) .

I second this, and would also like to see these gimbals supported through CAN, in order to make the most of their performance.

May I expect an answer ?

“DRIFT FREE HORIZON
With Canlink seamlessly integrated, the T1 is able to communicate with DJI and Pixhawk flight controllers to straighten your horizon.”

So it seems like they should already be familiar with interfacing with the Pixhawk Cube ??

I am waiting for this myself, so following it closely.

On their site it shows an interface that appears to be a serial interface to the Pixhawk, not a CAN interface. 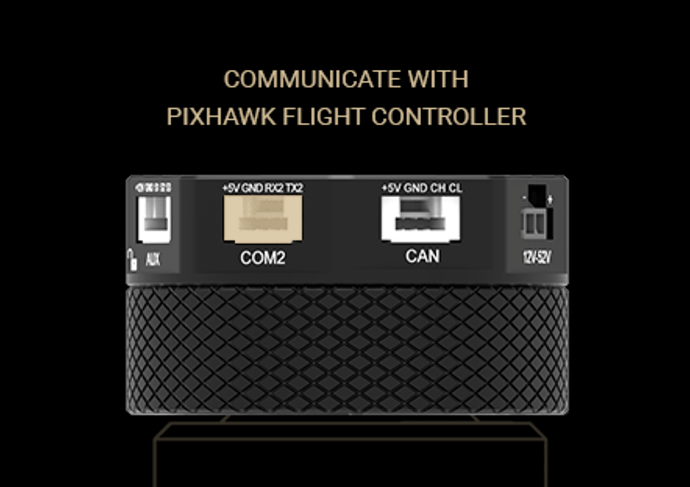 That pic has both CAN and Serial ports, so could be either/both.
The UAVCAN protocol is here: https://github.com/UAVCAN

Thank You … Hope that will be sufficient for the GREMSY developers to implement it.
The point is, that “older” but actual gimbals like H3, H7, H16 only offer CAN link connection, not mavlink.
That’s the difference. T1 does accept both.

Yes, the T1 which is about to be released appears to have a serial for Pixhawk and CAN for DJI as depicted in the animated graphic on their website https://gremsy.com/gremsy-t1/

So its looks like they have already done the development to communicate with the Pixhawk via the serial interface.
Seems to me like it would be easier to use this and adapt the CANLINK product they have to connect the older Gimbals to the PH2.1 rather than do some more development to get the PH2.1 to generate CAN messages that
are compatible with the DJI CANbus messages (which are also all different to each other on the Naza, A2 and A3).

Whichever way its done it, I agree with Christoph that it would add a lot of value to the PH2.1 community.

The developers from GREMSY had a look at it and stated this :

the information (attitude) is not ready on UAVCAN yet, it needs modification on the pixhawk code

Will You please help or say something ?

one more vote for this…

Dear James !
Is there any chance to have a progress ?
I also asked the people from Gremsy what exactly is missing in the code …

This is not just a matter of some missing code. Comparing
UAVCAN and the DJI CANBUS is like comparing apples and oranges.
What has to be done is that the DJI CANBUS protocol needs to be simulated
by UAVCAN using the information coming from the flight controller which
is not a small task. In addition, the syntax of the protocols differ for
different DJI flight controllers (DJI Naza, A2, A3) all have different protocols.
Which one should it be written for ?

The problem on the Gremsy side is that their CANLINK product which works
with the older and more professional grade gimbals has only a single serial port
which connects to the DJI CANBUS. Since they only a single serial port, it would
be much better and cleaner if they create a version of their CANLINK product that
connects only to the Pixhawk 2.1. They have already done the Gremsy to
Pixhawk interface for their T1 product which does not require the CANLINK (there
is a direct serial connection port on the mount). So they have a CANLINK product that
connects only to the Pixhawk (using one of the serial connections on the Pixhawk 2.1

Hello James … and to whom it may concern …
I just wonder if there is any way to come into continous communication ?