Googles Blockly visual program editor also supports LUA scripting, I have used it for home automation for years as a simple way of doing basic logic, but if someone built a version specifically for autopilot it would make Lua programming radically simpler, generating Lua would just be a matter of picking your inputs and outputs. generating mavlink messages would just be a couple of clicks and with all the new Lua bindings it has the ability to be extremely powerful but simple enough a child could do it. 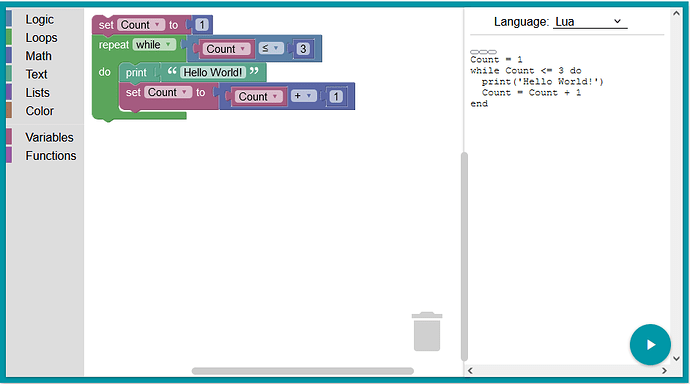 I really like this idea. I would love to see someone take this on and provide some ArduPilot-specific Lua visuals and output.

While my own skillset is probably (barely) adequate to make an attempt, I fear I would not have the time to do it proper justice, nor do I have a background in web development that would probably be useful for the project.

I wonder if a guy like @willpiper24 could work some magic with this? Or perhaps, like Will’s GSoC 2021 Firmware Builder, this may be a candidate for a future GSoC project?

This is really a good idea.
I think for a starter, it can be developed using SITL.