I have assembled the Believer finally, and I have had 3 successful short flights so far. It’s been too windy, and we had a rare March snowstorm in Iowa with over 12" of snow. To begin, I will say that I really like the layout of the believer, the servo mounts and engineering is good. A feature that I did not know I would like so much is the cable routing channels along the side of the fuselage. It really cleans up wiring and opens up the space. I think the wing and tail connections are the best that I’ve seen so far, so I agree with previous reviews. One thing that I was not impressed with was the mechanical play/slop in the tail control surfaces. There are quite a few connections that result in a bit of unconstrained wiggle. It is a bit more noticeable than with the other models. The rod-ends have a bit too much slop in them, but overall it’s not bad. I also lost the tail section cover on my maiden flight during a brief 100% throttle burst. Unfortunately the small white cover was lost in the 12m/s wind aloft, and it drifted into a neighboring field of white snow. I’ll continue my flights with tape instead of a cover. I’m sure I had it latched, but maybe I installed it wrong.

If you need a lot of thrust for takeoff, the believer will just barely fit 14" props. I have 1" engine extensions behind the motors, and the clearance is shown in an attached image.

On to initial results: I tested with a 10,000mAh lipo, and then a 16,000mAh lipo + 1,050g steel weight. I only had enough time for two airspeeds each, but the results are stellar. Keep in mind that I still need to add the second steel weight to give a truly equal comparison, but WOW. Cruising at 17m/s on less than 100 watts (~4 amps on 6s)?! I’ll be sure to verify this data and test/publish the rest of the data points, but so far it is significantly more efficient than the rest of the planes. Don’t go and make banggood out of stock again though, because I might need them!! 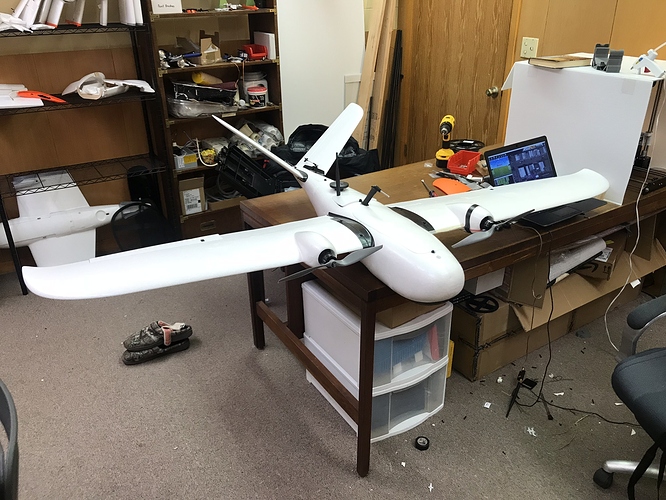 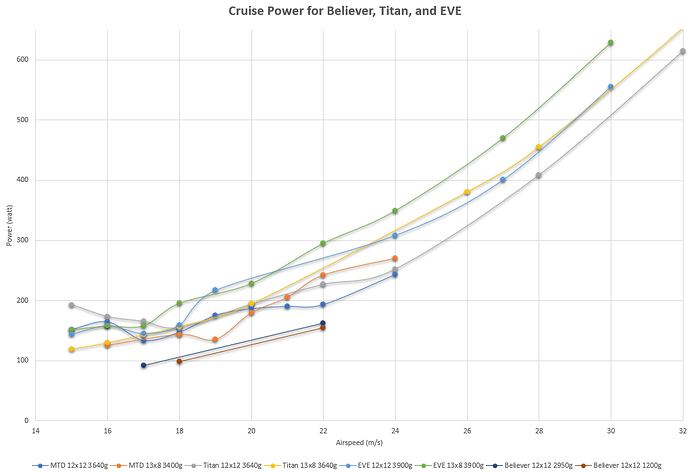 4 of the 5 airframes have completed efficiency testing. I finished testing the Believer tonight fully loaded with 3 different props. It is the efficiency winner so far.

I did get myself into trouble with a stall at about 13 m/s. I failed to pre-flight calibrate after my 2nd takeoff, and the indicated airspeed was incorrect by about 1.5m/s. When I attempted to cruise at 14 m/s, I found myself upside down in a spin. The plane was a bit tail-heavy, but luckily I nudged the target airspeed up right after the spin occurred. It recovered fine in auto mode, and the test continued without any further events. The air was very smooth, and I’m confident in the results. 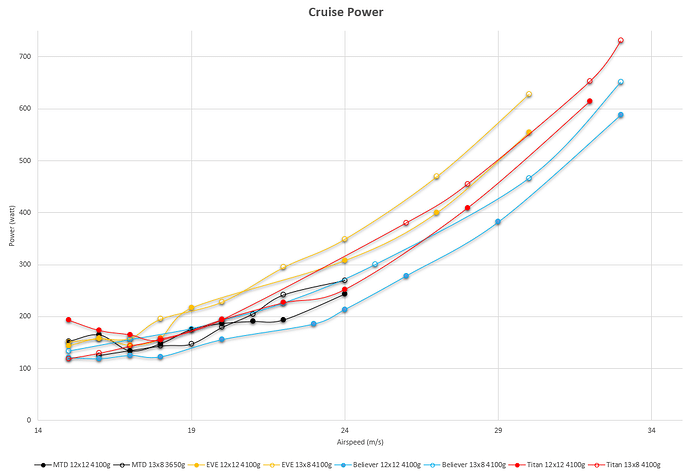 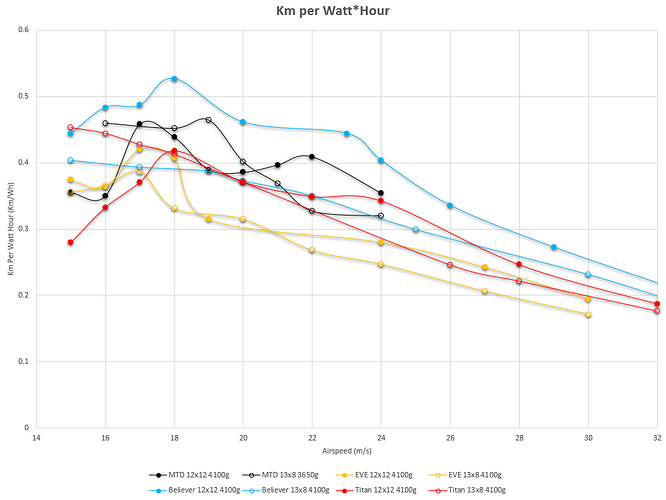 The Believer really is incredible. The temperature was about freezing, so I’m sure the li-ion batteries did not have their normal capacity. It was also pretty drafty outside with plenty of turbulence causing a lot of energy to be wasted. On a smooth, warm day, I’m sure that I’ll be closer and over 6 hours. For an all-electric plane that’s not specially designed, that’s amazing. 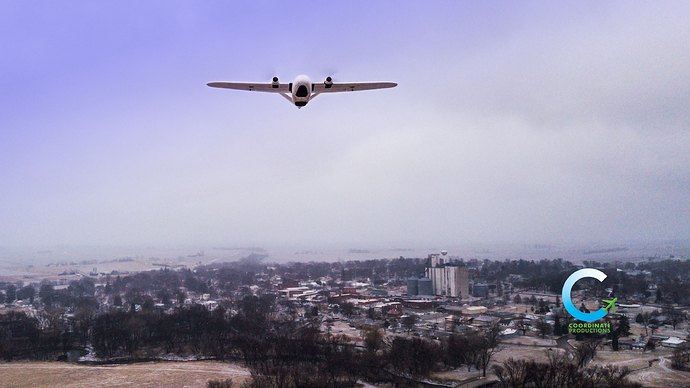 So finally it seems that the only negative point of the Believer is that it needs to fly fast and do not like speeds under 17 m/s while the other planes can fly at 15 m/s ?

What Li-On batteries are you using ?

How do you launch the plane and what was your AUW ?

The Believer will fly fine below 17m/s if you don’t have so much payload in it. I’m testing the very heavy payloads for extreme endurance, but it flies down to 13-14m/s with roughly 1600g of payload. I was cruising around yesterday with Just a 10,000mAh lipo, and I looked down to a 3-4a cruise at times. It’s very efficient with the right props.

The total weight for launch is up to 6500 grams. All launches have been hand launches

At such low temps and amp draws, I really doubt that there is much heat generation. The c-draw is only about 0.2c, and that equates to about 3A per 14,000mAh pack – far too low to generate much heat from what I know. Takeoff will draw more energy, but not cruise.

Nice work on the video Nate! Care to share details of airborne cameras, both stationary and following?

I’ll offer the basic Sony mapping cameras (A6000, A7R iii, RX1r ii), likely with custom gimbal options. For following cameras, there are a lot of options, some being very expensive. On the lower end, I’m not quite sure if the foxtech cameras will handle the wind. Maybe I’ll have to add a retractable windbreak for them or something. Otherwise something like the Epsilon 135HD will probably exceed most needs.

We can really integrate just about whatever you want. There is a lot of space inside the fuselage. There’s a DVD case as a reference. 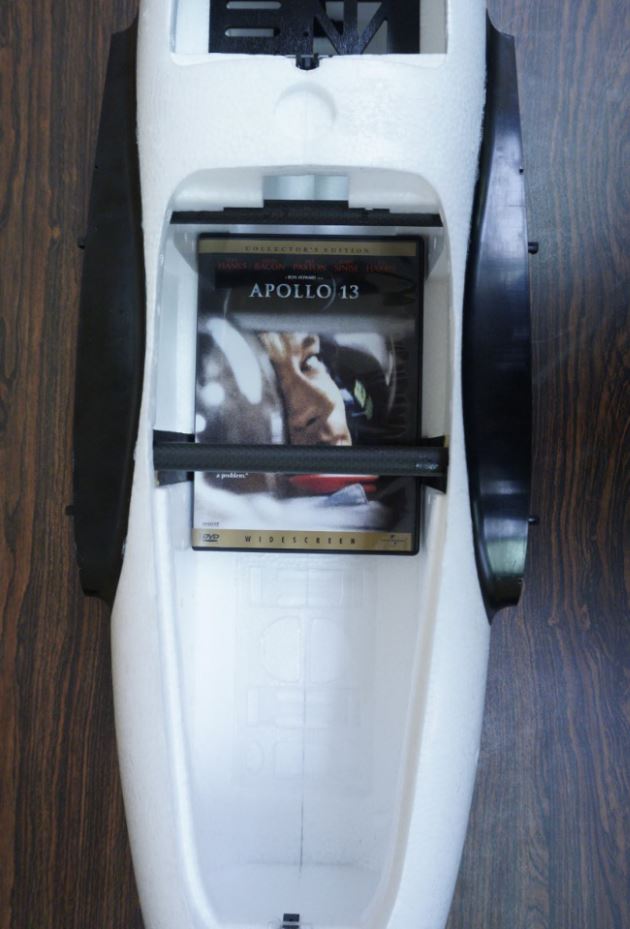 The Believer looks from your pictures almost identical to the XUAV Clouds. What are the main differences between the two that you know of ? Thx for sharing

The believer is kind of a scaled up clouds with a significantly larger payload area, longer fuselage, and larger V-Tail. I’m not sure I can squeeze 42,000mAh of li-ion into the clouds with a camera, but we’ll see soon.

This is an amazing post, I made the mistake of buying the Nimbus about a year ago. Horrible mistake glad you left it out of testing. The believer it looking very promising for endurance as well as payload capacity that thing is cavernous. Great post Nate.

Which motors are you using?

This project has taken much longer than I anticipated, but fortunately I was able to find consistent weather to test all of the planes with the same gear! The data collection is practically finished. The results are in, and they make sense to me. Thank you all for following this project! If you found the data useful, please consider donating to https://www.gofundme.com/MappingPlanes 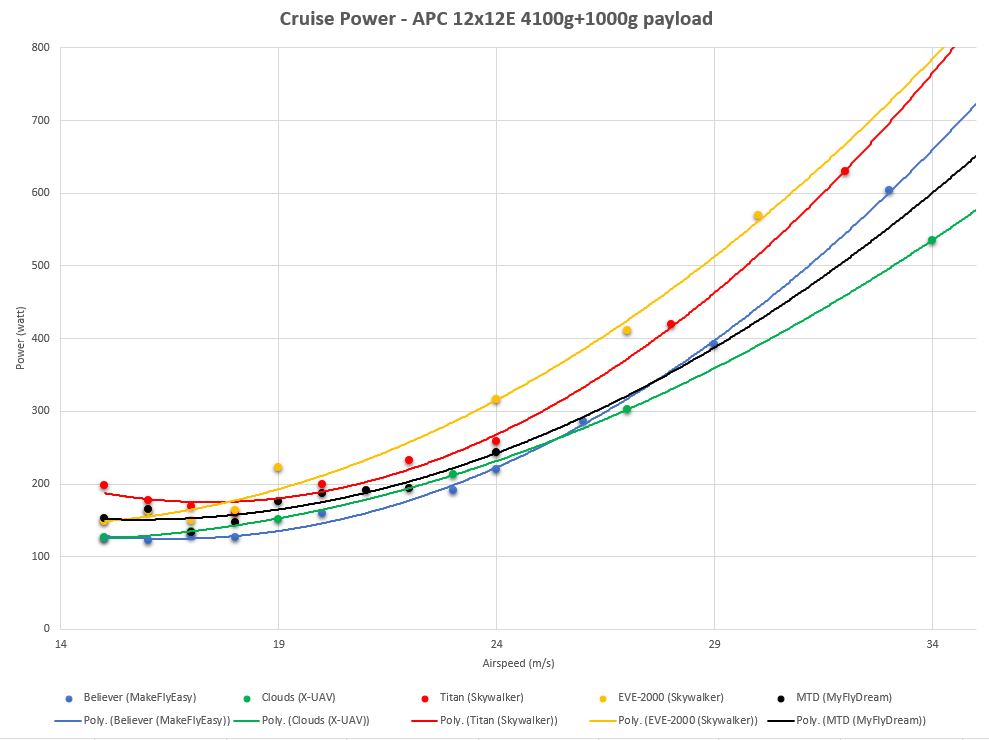 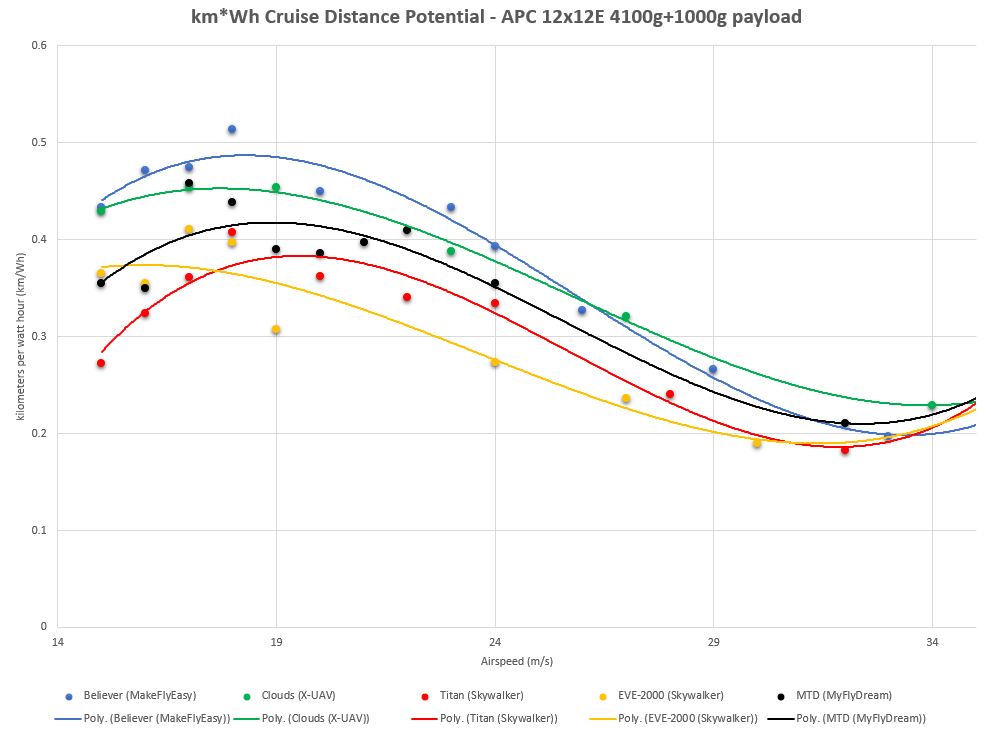 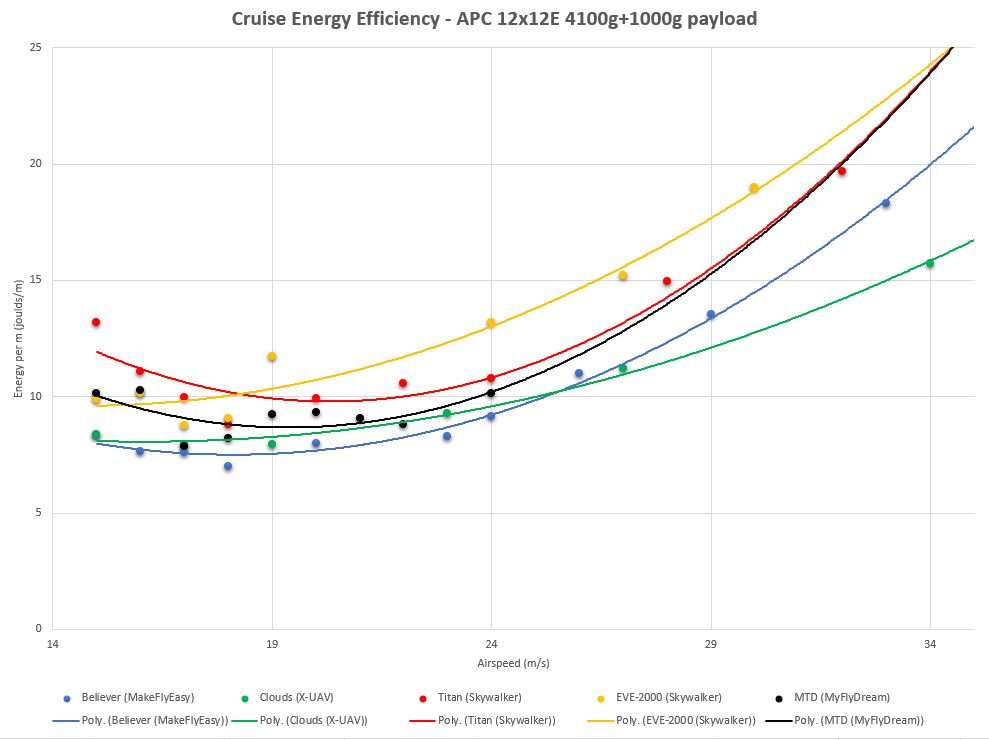 Great work! I would have never guessed the 12 x 12 would have won out.

@Naterater - Great work Nate. I scratch built a quadplane with an AUW of approx. 6.2 kg, and wing area of about 50 dm2, and as you could understand, the cruise speed for this plane is rather high, and so I did believe that high pitch forward props could potentially be more efficient at cruise. Although the props are likely to stall at low speeds (which means lower static thrust), it wouldn’t be much of a problem for quadplanes. Your work is just great and very useful. Thank you

Where are these engines sold? I’m not finding.

Can you post the pixhawk parameters for the Skywalker Titan?

Conducting testing for props MUST be done at cruise airspeed if you want data that will reflect flight conditions. High-pitch props are known to be inefficient at zero airspeed. Yes, I tested the APC Thin electric 12x12E and EP versions (counter-rotating props on the twin-engine aircraft), and it was the most efficent (provided the most thrust per power input at cruise airspeeds).