When I upgraded to copter-3.6.5, my drone wobbled when it take off, so I decided to re-calibrate the radio and the ESCs. and when seeing the results in RC1_MIN and RC1_MAX, these are shown out of range. I did several tests and even though the same results are still presented, I wanted to go back to copter-3.6.4 but it is not shown in the mission planner. 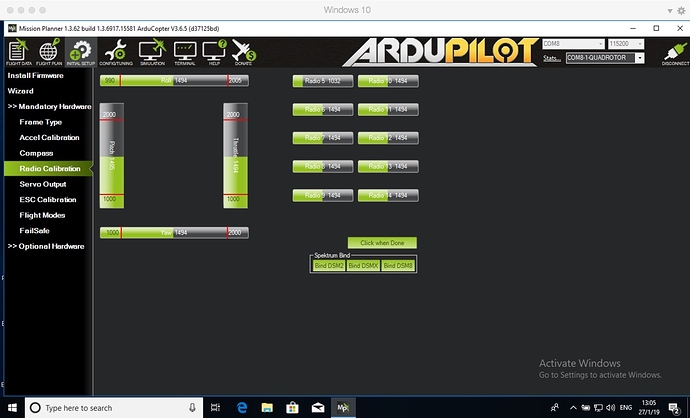 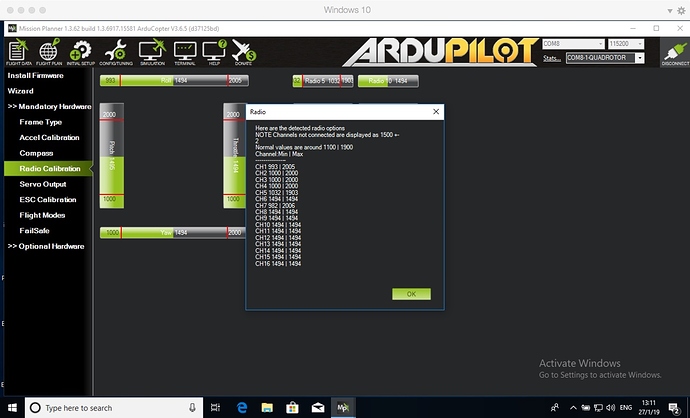 so long as its between about 800 and 2200 its fine, especially if is getting consistent values

I suspect that something else has changed on the vehicle to cause the issue because the changes between Copter-3.6.4 and 3.6.5 are pretty small but in any case, Michael Oborne says he’ll make 3.6.4 available in the “previous firmwares” list soon-ish. I’ve raised an issue here.