I have assembled a balance bot with two DC motors with encoders on a pixhawk, driven by Barbie Harley Davidson. At present is is reasonably stable but slow, and it is impossible even to start a mission.

Here is a first 4K video (manually driven with the R/C transmitter):

As can be seen on the tlog part (in parallel with the view from a second camera doing a twitch transmission) it doesn’t know at all where it is and its orientation.

This is other simple test on the big circuit: 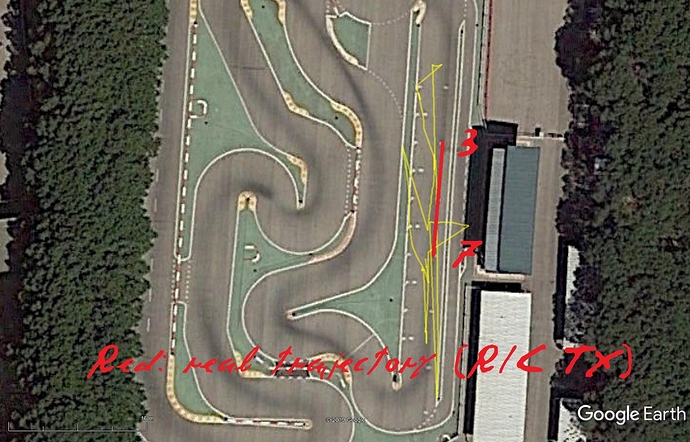 2020-01-14 11-08-16_realtrajectory.jpg1576×1011 315 KB
The small white horizontal lines are the starting grid positions (as in F1). The real trajectory was going from 7 to 3 forward, and back to 3 backwards, maintaining yaw (moreless north all the time). The yellow trajectory is what it thinks as the trajectory followed.

I’ve tried with v3.52 stable, v4.0.0 stable and v4.0.1 dev, and the yaw inconsistency always occurs. These situations are constant: 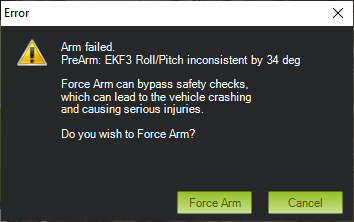 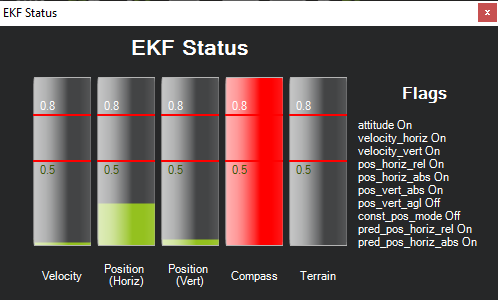 For analyzing what is happening with the yaw (and EKF3), I placed the vehicle still (constant coordinates) facing north (yaw 0) with the motors disconnected (no encoder signals) and armed it:

This is the log, with actual configuration (v4.0.0 stable).

Is it normal that EKF3 behaves so? Can it be corrected? Configuration problem?
If this EKF3 behaviour is normal, what can be the problem for the attitude error which is making impossible even starting a mission?

The video of the balance bot being driven manually looks quite good.

I suspect that the distances being reported from the wheel encoders are much too large and this is confusing the EKF. I haven’t looked at the logs yet though… but I will…

One thing to test would be whether the wheel-encoder distances seem correct or not. This should be visible using the mavlink inspector although it may only be possible to see the output from one wheel encoder at a time.

Hi. Thanks for watching.

About the great work by the developpers, some stability tests:

See also the Jumping Barbie on that video.

This should be visible using the mavlink inspector

Problems may be due to a deffective display which finally broke (it went black), which could mess with the RTK GPS external compass (even calibrations were succesful with two compasses, and no I2C errors seemed to appear). After substituting it, repeating the test with the Barbie with motors connected and armed, and not moving it, it stayed still during the several minutes test, and EKF compass indication was very low:

So I’ll test mission again shortly. It seems that next sunday 19, satellites here won’t be favorable for RTK: 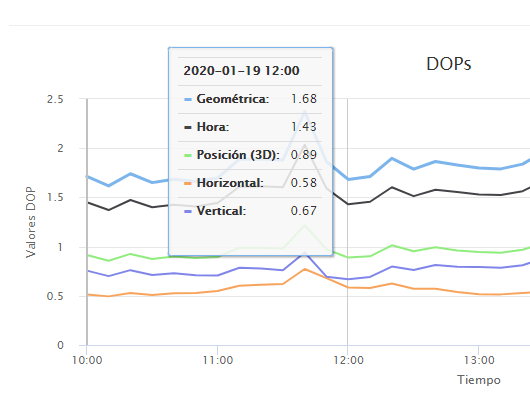