I had an interesting chat to Tridge today about adding autonomous aerobatic capability to Arduplane.

The ability to perform autonomous aerobatic maneuvers has been discussed before, but with the advent of lua scripts and reasonably priced 2mb flight control boards it would seem this is now within reach.

This wont happen overnight, but Tridge hopes to start developing the infrastructure required for us to start scripting autonomous aerobatic maneuvers into our flights. What does a geometrically perfect loop look like from the ground? Hopefully we will soon know! I am looking forward to helping with this development!

Thanks for starting this effort! I’m really looking forward to it

If you want to see (nearly) perfect aerobatic maneuvers logged with ArduPilot, check out some of the logs that FlightCoach users (expert RC pattern pilots) have generated.
There are a couple of screen captures on the FlightCoach home page: https://www.flightcoach.org/
And there’s a new blog post here describing the motivation: Flight Coach - using ArduPilot .bin files as an interesting way of viewing aerobatic flights 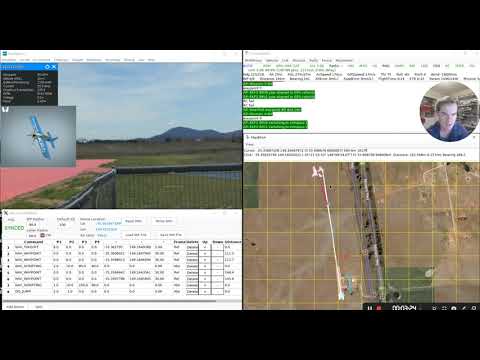 I’ve done a quick demo of lua scripted aerobatic missions in the above video. The implementation of this is in the following PR:

Scripting: allow for aerobatics in AUTO mode in plane

This allows for a NAV_SCRIPTING command that is a verify mission item implemente…d in a script. It is implemented in plane to allow for aerobatics controlled by a lua script. The mission item has: - a command ID (interpreted by the script) - a timeout in seconds - two script controlled float arguments This is an example mission: ![image](https://user-images.githubusercontent.com/831867/138655668-be432e35-cf26-464b-a09e-4263b3ceffc9.png) That mission works with libraries/AP_Scripting/examples/plane_aerobatics.lua. That script implements both loops and rolls the passes arguments 2, 10, 80, 90 to the script in WP 4. The params are: - 2 == an integer argument the script interprets to know what manoeuvrer to do. For the example script 1 is an axial roll, 2 is a loop - 10 is the timeout in seconds. If the script doesn't complete the mission item in that time then the mission continues with the next item - 80 and 90 are float arguments interpreted by the script. In this case it is the pitch rate and the throttle level

First testing at the field - rolls and loops with a foamy…

Work to be done, but the basics there… 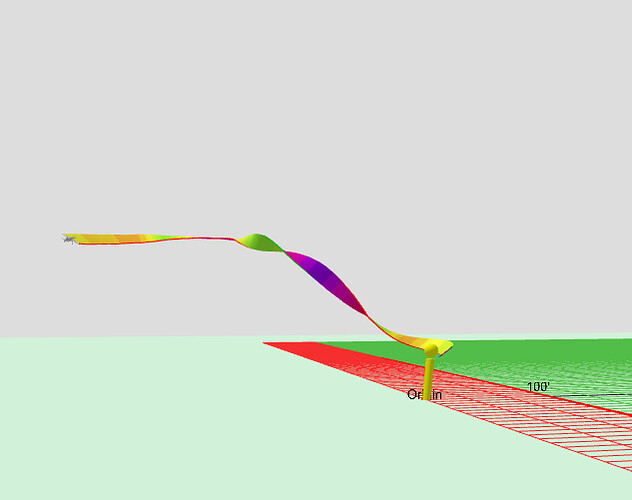 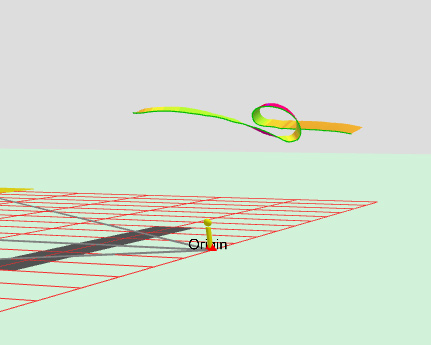 I’m imagining that an aerobatic library might consist of a number of various scripts that someone might develop to do various stunts. Is there a way to have the NAV_SCRIPTING waypoint specify a script by name, rather than using 1=roll, 2=loop etc?
This would also mean less code has to be baked into the firmware.

A square loop using a simple script. A long way to go, but looking great after 24hrs 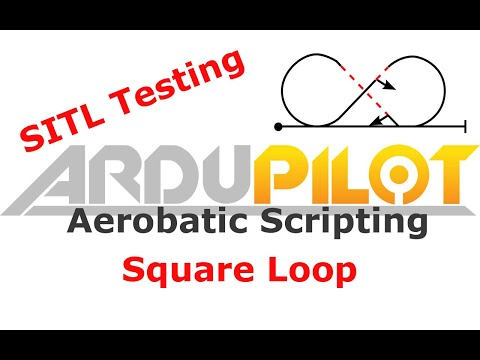 Have you considered yet how to do closed-loop tracking of a desired 3D trajectory (template) such as those Thomas David is generating using Python? 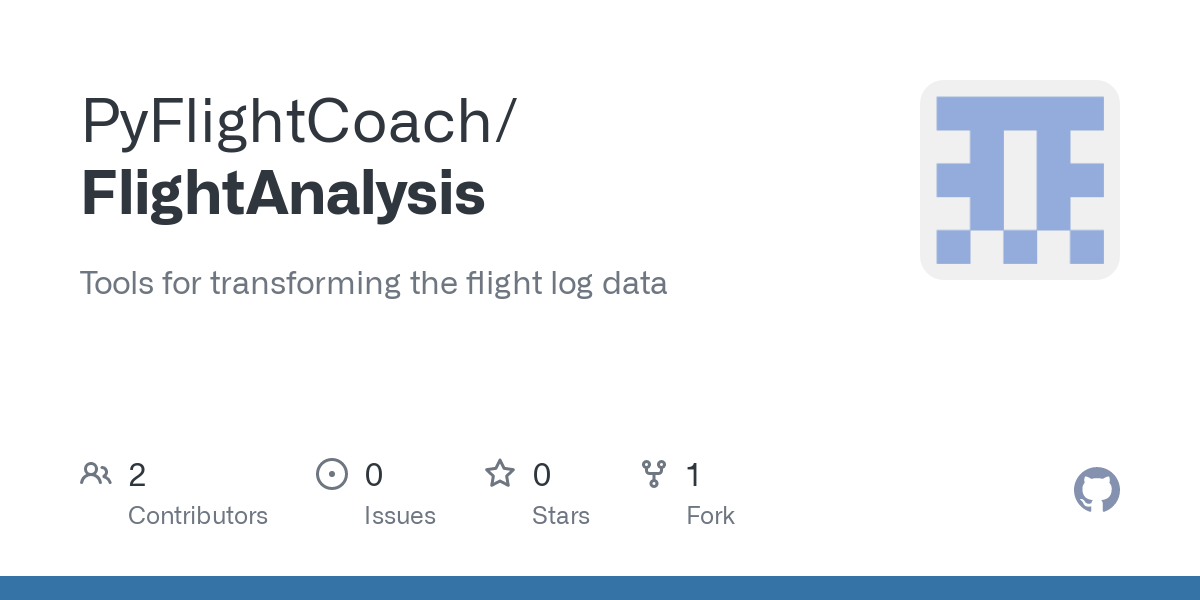 Tools for transforming the flight log data. Contribute to PyFlightCoach/FlightAnalysis development by creating an account on GitHub.

I have been interested in this idea for a long time, but assumed i’d need an SBC (ie ras-pi) to do it. nice to see that it might be easier than that! however, i have some questions…

Flight Coach (www.flightcoach.org) was Tom’s idea - and the website really came to life by Artur Uzieblo - as part of this team I am keen to explore the application of autonomous aerobatics for training pilots and judges. It would be really interesting if Tom’s work helped with this 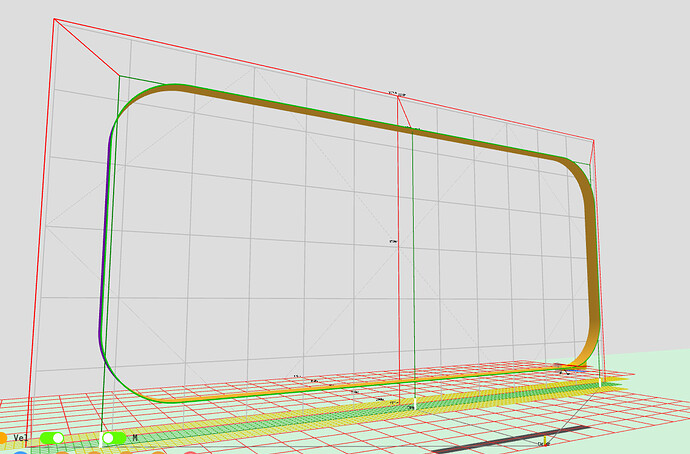 A couple of videos - an autonomous loop and roll with Ardupilot - just a simple small foamy - but already looking good! 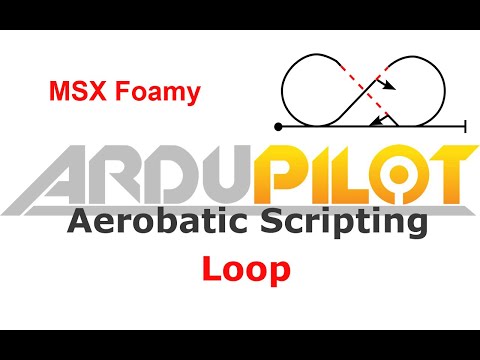 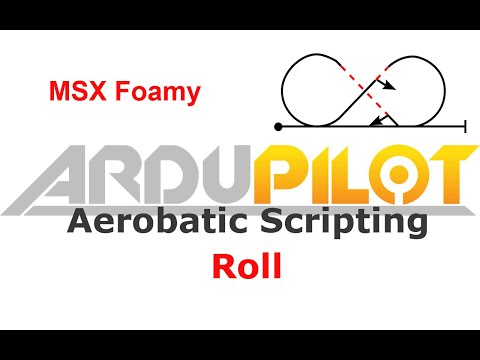 What are the specs of the plane @andyp ?

It is a indoor EPP foam model - a 36" MSX - not ideal for Ardupilot - 3D control throws, unstable, and trim always different. I added a Matek H743-SLIM, BN-220 gps (no compass, no AS). I needed to add a 10A BEC as the 1A BEC in the ESC kept on browning out (no surprises there!). Because this is a ‘test bed’, I am using SBus out of the FC (as I will be using this on other models, and want to keep the setups similar) - so it also carries a SBus to PPM converter for the servos and ESC. For fun, while I was adding all this weight, I put on a ESP8266 to make changing missions etc easy. 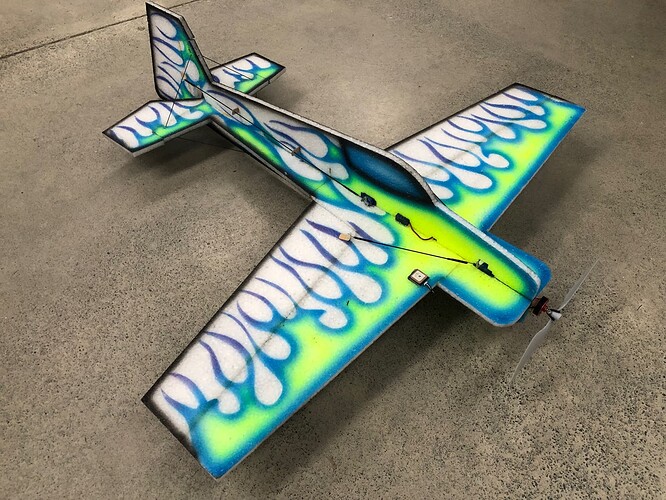 That’s helpful. I’ve just built a Bixler 2 with a Pixracer and as soon as I saw this topic, I setup an Ubuntu VM so I can build the firmware with this code in it. I’m hoping to test this plane on the weekend (weather permitting) and should be able to flash the firmware try this out, very soon I hope.

just a thought… something that might help some planes is having some kind of ‘soft’ entrance/exit to, say, a loop. rather than slam the elevator to the programmed position as fast as it will go, allow for some kind of gradual activation and release.

@tridge would be best to answer, but because it is using the rate controller, it is no different to when the FC requests any pitch or roll rate… so all that is already taken care of - certainly it looks good, and it is a pitch rate - not a simple servo position…

Thats why I was asking if the waypoint could specify a script file @1Gump , @andyp . Then you could change the script yourself to tweak it.

the script can control that, and a lot more. @andyp and I are working on an updated script which will do a lot fancier moves

So in other words - don’t assume people will use the ‘provided’ moves. People will want to code their own.