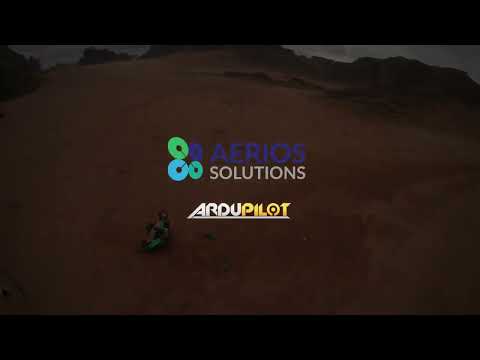 If I am honest I have been on a bit of a mission the last few years.

Why should betaflight have all the fun?

It really bothered me that we had this great autopilot system that did not seem to give great results for manual piloting, especially on smaller builds. And so begun an odyssey to try and fix that. By asking enough stupid questions I eventually got @Leonardthall to accompany me on my mission, telling me why things worked the way they did and why many of the things betaflight did, did not necessarily apply to ardupilot and were not necessarily the right things to do.

And so was born the harmonic notch filter and the notch filter driven using ESC telemetry and the notch per motor and faster gyro sampling updates. And then @bugobliterator pitched in and helped me with bi-directional dshot. There were other changes, including lots of drivers for hardware favoured by small copter builds, airmode and others, but these were the most significant.

@Leonardthall keeps telling me that higher numbers aren’t necessarily better - and I am sure he is right - but this combination of changes has resulted in copters that achieve remarkably low noise in operation meaning that @Leonardthall 's control algorithm’s can really get the most out of the hardware at hand.

There was a problem though - even though small copters were now capable of great performance, very few pilots actually achieved great performance due to the complexities of configuring and tuning. And so was born the 7" LR Standard Build. I took a set of standard components that were arducopter compatible, built the copter and then tuned it to the best of my ability. A couple of friends - great pilots - saw this and offered to help and so we tuned some more until we had something that was flying very comparably to betaflight…

…and then they went to Saudi and filmed off-road trucks using live HD broadcast equipment. This was the result.

I really appreciate what you and some others have done to increase the ArduCopters performance. Not only my 5" racer is running at a max speed of roundabout 140km/h in GPS modes but also the bigger things run smoother and more robust due to state of the art software filtering. A big thumbs up

. If there was one point which still could be improoved then I would point out betaflight 0 throttle performance (which is called airmode in bf). In my AP setup I still get some unwanted movement when the throttle is cut down to 0 in a forward flight, probably by some unwanted aerodynamic effects and the PIDs are too weak to cope with. May I say that I could count revs by eye at 0 throttle

But the last months surely increased my confidence in AP pretty much. So I made some flips and rolls with a 2m Y6 frame and it just did well

How are you configuring airmode and what mode are you flying in?

you did a great job for the little quadcopters! Thank you!
My little 3 " quad arducopter has been flying for two years already and can reach speeds very close to 80 Km / h and I’m sure it could do a lot more if it didn’t carry a 100 gr li ion.
Thanks again

I’m talking about flying acro mode at speeds >15m/s when experiencing this bit of tumbling. With a forward speed of 0m/s and letting it fall down 50m in height it behaves quite stable.
I’m arming via switch so I expect control loops active at 0 throttle.

Make sure you set ACRO_OPTIONS=1, arming via a switch no longer enables airmode

seems I missed that, THX

ACRO_OPTIONS is in 4.1 as well. I think airmode on a switch was changed in 4.2

did a test today with ACRO_OPTIONS=1 in 4.1.3 but couldn’t notice any difference. With speed not much higher than 10m/s it works but faster it gets temporarily out of control.