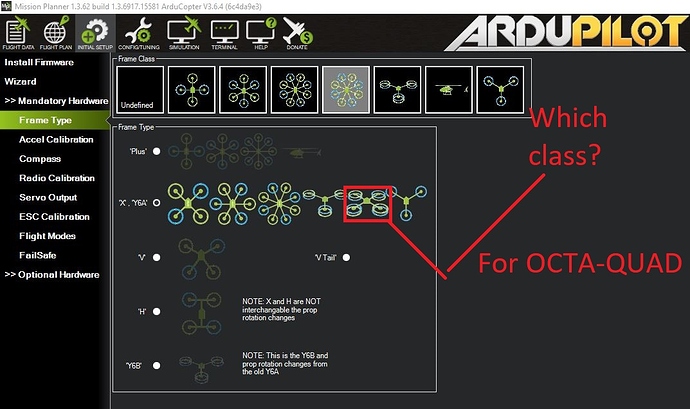 There are 2 classes with 8 motors but which class to select for an OCTA-QUAD ?

Octa Quad (I would say octo quad instead as eight motors are “online”). 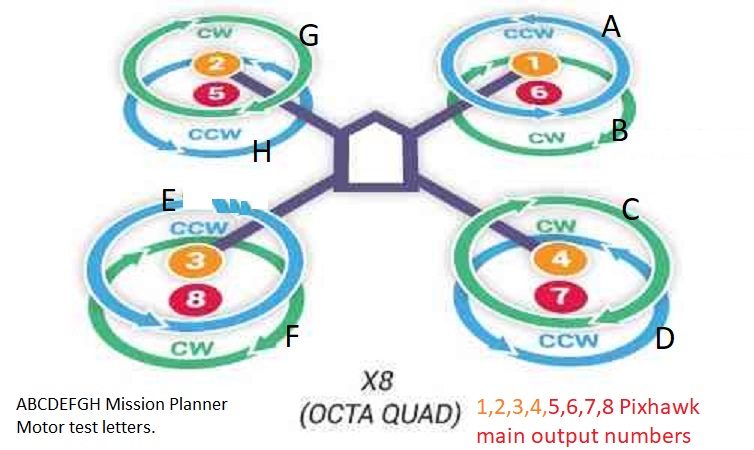 I think you’ve figured it out from the picture above but in any case, an octaquad is a vehicle with two motors on each of the four arms. The FRAME_CLASS should be “4” for “OctaQuad” and the FRAME_TYPE is normally “1” for “X”.

By the way, we’ve recently updated the motor order diagrams although I don’t think the diagrams have changed for octaquad.

Thank you, Randy, for the confirmation.