Anybody still flying older 2.X APM Hardware? and is there help available here?

I just brought up a quadcopter on older 2.5 era hardware.
I’m wondering if there are still enthusiasts flying this older stuff and if this is a good place to ask questions
and get help & suggestions other that telling me how old and unsupported it is.
If it worked good in 2015 it should still work good now.
And those are the people I am looking for if they are here.
I get it it’s old.
But you still should be able to have fun with old stuff if you have it on your shelf.
Thanks!!

Few are using them so user support is waning. When a Flight Controller that supports current Ardupilot can be had for ~$30, that leaves the APM in the dust, there is little motivation to stick with that FC. I don’t really get the “on the shelf” argument when the FC is just a component of a RC craft and not necessarily the most expensive one.

That said I have one on the bench with a GPS module connected I have used many times to answer basic questions. Anything specific?

Thanks for chiming in so quickly!
I was thinking (and hoping) as it seems that so many of these older things were made and sold from what 2012-2015?
I bought my “2.6” new from BangGood in hmmm 2017 and there’s still all kinds of them for sale online.
So I was hoping they were sorta supported or still flown by many.
I guess those may be clone? and maybe even less supported or cared for?
But there has been and still seem to be a ton of them out there.
The only “on the shelf” argument I have right now is that it was on my shelf.
I finally pulled it off the shelf 2.5 years later did a total build in one night (all nighter) and decided
to play around with it.
What can you get that is current for ~30?
Sorry I’m a bit out of the loop on this stuff.
I was thinking anything current was a pixhawk/2 or newer and costs hundreds!

Anyhow my first attempt at ARducopter (ever) seems to be flying pretty good.
My only question that I was hesitant to ask about until I did some more reading is that
in acro mode my copter is or seems to be self-leveling slowly…
and much faster than what I’d expect from low I gain but not nearly as fast as it levels in stabilize.
I was thinking maybe my I gains were way too low and started cranking them up.
I was also wondering if it may have been something to do with my very low RPM configuration…
as I am on 3S running 935Kv motors with 10x45 props.
But looking things over now I am seeing something in the software called something like “acro training mode” which seems to be on by default

Acro mode should be acro mode damn it!

And I hope it really is that simple!
I’m a bit of a multiwii fan even though I’ve not flown it in a few years.
And I’m thrilled and excited to have this old beast in the air!
Also my first build ever with GPS modes of any kind.

Wasn’t sure if I should have posted this here or over in APM 3.2
I was going to post the self-leveling question over in 3.2
But I have a feeling that just got sorted by looking in the software and seeing that acro trainer
might be on by default.
If it’s not and you have to actually switch into acro trainer vs. acro then I still have an issue to work on.

I am that idiot at the flying field that does some nice smooth GPS flying, a small mission around the field and then flicks it into acro mode with pretty high rates and starts doing flips and rolls for a few minutes

This is a pretty old unit and when you go to min throttle there is no control it’s shut off.
I’m used to having directional control at min throttle.
They call it “air mode” or “idle up” on newer racing style stuff.

Acro mode is Acro Mode, it has 2 levels of assistance (training). Disable them.

Arducopter doesn’t have air mode but you can set min throttle so it doesn’t shut down and maintains some attitude control.

But you will be struggling with the antique 8 bit Flight Controller. No sense in using it for the type of flying you are talking about.

Wow!
Had no clue that arducopter could be run on some of the same boards that Betaflight runs on.
I have an extra omnibus F4 laying around.
I’m used to flying acro flips and rolls on Multiwii 2.4 so I imagine the experience will be similar.
Not as precise and smooth as a modern racequad processor but familiar for sure.

Pixhawk:
God I really hate those little tiny connectors and not having the tool to make those cables.

These are currently supported in Stable. There are more in the Dev revision.
http://firmware.ardupilot.org/Rover/stable/

Reporting back following up:
I actually have a “2.8”.
Not sure if that is just a clone with a Chinese name added to look cool or what.

Anyhow acro works great with that auto level crap turned off.
I have not idea why it is on by default.
That’s just crazy.
It’s called acro mode for a reason.
Have a separate training mode if you want a training mode SMH.

GPS/Loiter worked perfect out of the box in 15mph winds gusting to around 25.
and up at 100FT above the ground.
Got about a 5 minute flight on a 3S 2200 in that wind with cells at 3.8V
after landing.

October 2019:
These things are still for sale as new all over the place including Banggood.
This is why I thought they may be loosly supported or still have a significant fanbase/userbase here.
I thought there might be a lot of people flying them because of this. 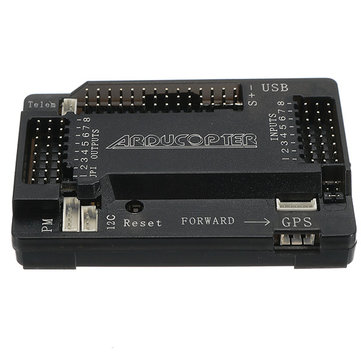 There are not a lot of people flying them. Well, maybe there are but most that post on here have moved on. I have one left, the rest I threw away a couple years ago after replacing them. All you have to do it look at the Changelog from the last version to run on those (3.2.1 from FEB15) to today. Page down about 25 pages…

I see the date but not the year.I have two, APM 2.8 strait pin and bent pin flight controllers.I bought in 2018. I fly them everyday do missions and just flying. I have tested the APM 2.8 on Mission Planner and Tower now on google play called Props v1.1.1. As of today 2019-10-12 they still do a good job. But the cheaper Pixhawk Clone 2.4.8 is a more stable flight controller and still the upgrades are still going on today, but not the APM 2.8. Check it out, this Apm 2.8 build with a mission done this year 2019. https://www.youtube.com/watch?v=SetWFuQfcmE&list=PLTCknJ5Nik_uBjp5twkZtp1546W26m0e2&index=2

You see the date and not the year.
Agree these interfaces are absolutely horrid.
If that’s what you are referring to.

The Pixhawk 2.4.8 looks very cool.
I’m not a fan of those tiny connectors
I prefer something I can make all of my own cabling for
but that won’t stop me from doing a build.
Thanks for reaching back!

FEB15 is February 2015 if that’s what you mean. When the last version of Arducopter to support those FC’s was released. 2 Months after that they were left in the dust with 3.3.

Well I still have 3 units with APM in them, one is a 2.5.2, one is a 3.1.5 and the other one that crashed was also 3.1.5, I couldn’t get the darn ESCs to stop beeping no matter what, even swapped a couple of them but after the second one wouldn’t stop beeping I decided to let the crashed frame rest and used it only as a test bench for other stuff.

The other two however do fly well, the loiter could be better but since it’s only got GPS to keep its location it tends to …well…loiter. Not a big deal if you don’t expect it to sit still like a Mavic Pro, after all the propellers on the Mavic cost more than the whole APM gear.

All in all, even though it’s not the most capable FC, it does have the MAVLINK capability so you can do tricks like follow-me or circle, lead or a flight plan in Guided mode.

Depending on your needs though it can get pretty boring pretty fast. For my intended use which is taking aerial footage now and then it’s more than enough. Not to mention I can do all sorts of DiY on the side but this is less to do with the quad and the FC and more with one’s ingenuity.

years ago I bought a quadcopter from the following Kickstarter Project: 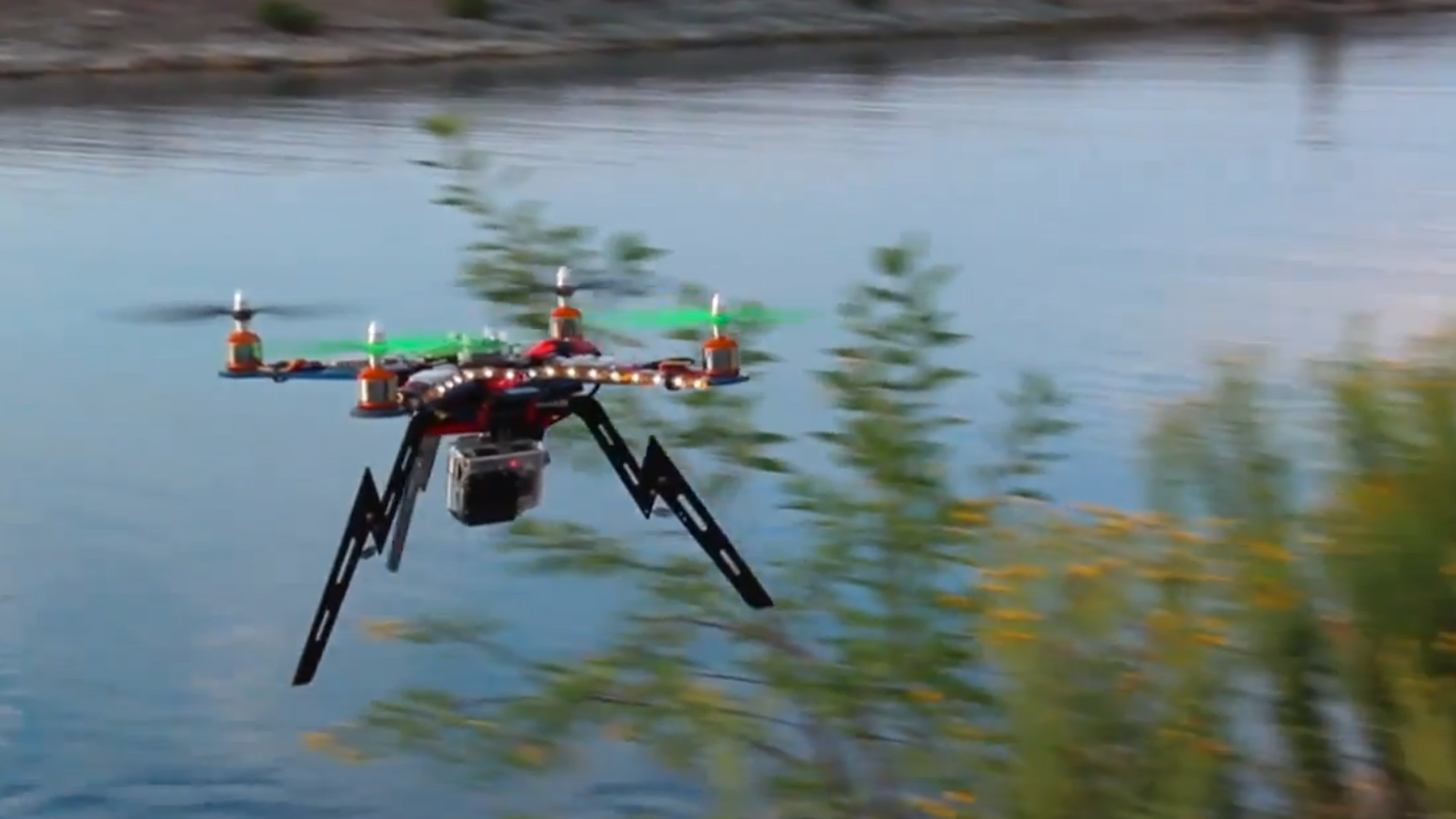 Robot Fourbot - A copter that anyone can fly!

Inexpensive multi rotor air robot that enables you to capture amazing photos & Videos from the air.

In short, I would like to ask you for two recommendations:

I would like to get the copter ready with the hardware as is, if this is not possible …
2) Which board would you recommend as replacement, a cheap one for the start wold be great, also one where I can use the rest of the hardware, e.g. the GPS etc. . Are the F4/F7 possible? The pixhawk would of course be nice, but this is no easy replacement.

Happy for any recommendation on both points.