An upgrade for my helicopter, a curiosity about temperature sensors

Hi
I bought a new RPM sensor, throwing away the “bad sensor” that Chris once said.
While I was looking for the RPM sensor, I found a Temerature sensor.
The engine of my helicopter now shows overheating (heating).

The temperature on the plug side is about 120 degrees Celsius.

We determined that overheating of the engine during long-haul flight could cause major problems.

Can I use this sensor to get information about the temperature of my engine on the Mission Planner?

If possible, I would like to use FS for temperature.

Do you have a photo or model number of the Temp/rpm sensor? Hopefully you are using Frsky telemetry?

The RPM sensor has a sensor attached to it when I buy an aero spire governor.
But the sensing is not good.
So I’m trying to change things.

There is no temp sensors that I am aware of that allow monitoring in the ground station. Plenty of them available for RC telemetry.

A free-air-cooled two-stroke engine at full load can hit 450F cylinder head temperature, which is about 230C. RC format fan-cooled engines normally don’t run that hot - more in the range of 250-350F.

There is not a good selection of sensors, with appropriately heat-shielded cables to measure temperatures in that range. So I measure the temp on fan-cooled RC format helicopter engines with a sensor on the base of the cylinder near the exhaust port. Normal operating temps measured there are about the same as automotive engines - 165-180F. At 200F the alarm sounds in my RC radio and warns of engine overheat. This usually happens in extended hovering. So when the overheat alarm goes off I either land it, or get it into flight so it can cool down. From an overheat in hover, the simple act of getting the helicopter into forward flight at >20kts cools it down to 180 in only ~3 minutes. The engine isn’t working as hard in forward flight as it is in hover.

So, depending on where you measure the temperature, and the conditions you measure it under, 120C (250F) may not be out of range.

I also have the same need for monitoring CHT(cylinder head temp.) on Mission Planner.
My Heli is a 32kg MTOW, with 70cc air-cooled two-stroke twin-cylinder engine, CHT usually operate between 200-210C. (operating at high MSL will be higher)
I am still looking for the solution for temperature sensor/monitoring on PIXHAWK and Mission Planner.

There is no support in ArduPilot for external temperature sensors. Cylinder head temp would have to be monitored on RC telemetry.

Is it impossible to change the MP code etc.? 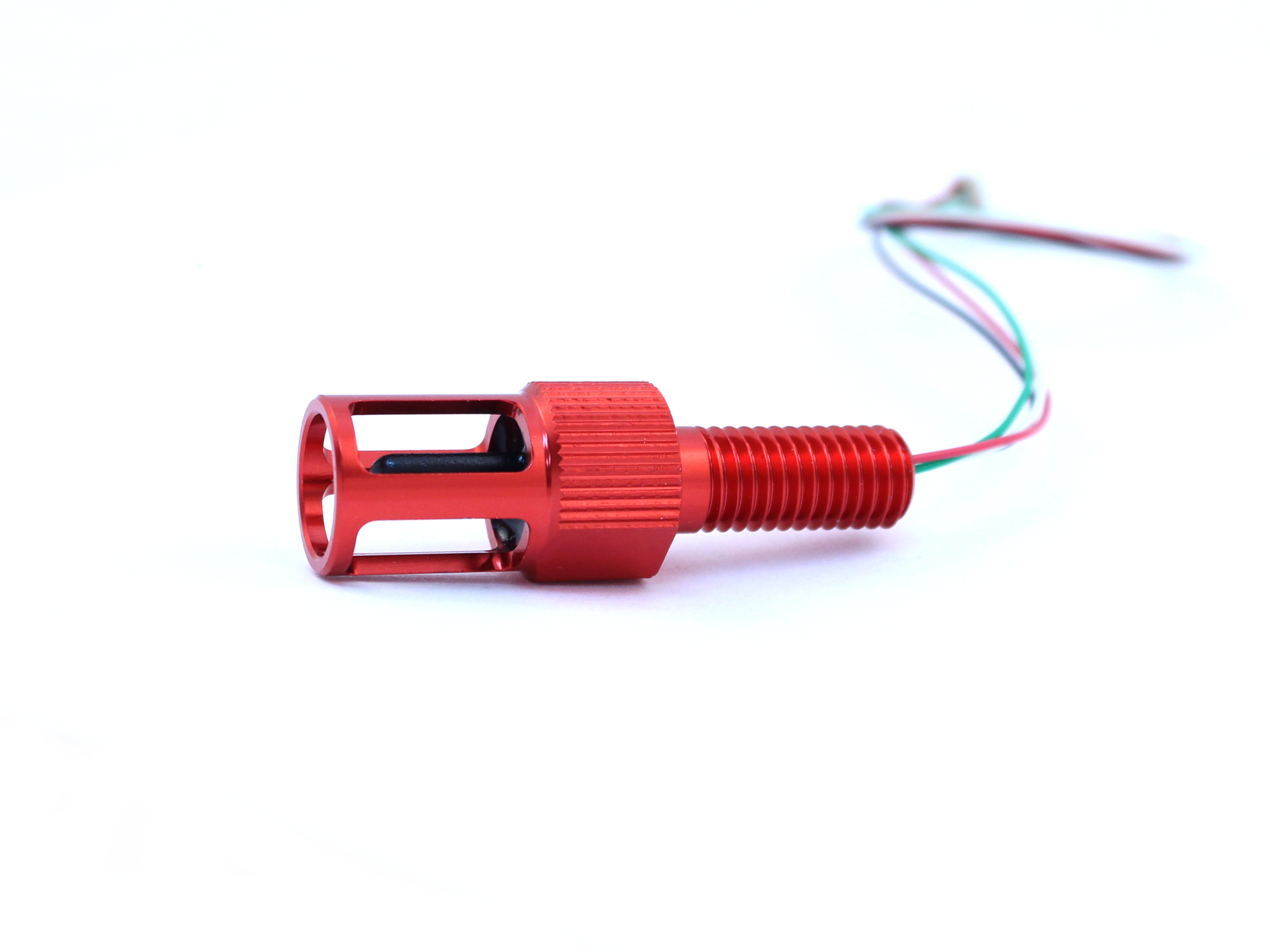 Learn how to install the Celsius Temperature Sensor on your project!

In the description of this product, it is possible to use it in pixhawk.

While it might be possible, the code does not exist in ArduPilot to support it. And that code has to be there before Mission Planner or QGroundControl can support it.

Contributions to ArduPilot are always welcome so if you want to write the code to support it that would be great. Otherwise you’ll have to wait until one of the developers has enough time to write the code for it. Right now ArduPilot has support for temperature sensing if it is part of another protocol such as a temp sensor on a IMU or baro. But support for external sensors is a different animal.

What you want is already available using more advanced telemetry than Mission Planner. I have all the ArduPilot telemetry on my RC radio plus engine rpm, rotor rpm, engine temperature, Outside Air Temperature, KIAS (kts indicated airspeed) with the use of a FrSky SPASS-70 pitot tube. None of which you can get in Mission Planner, except for the rpm’s. 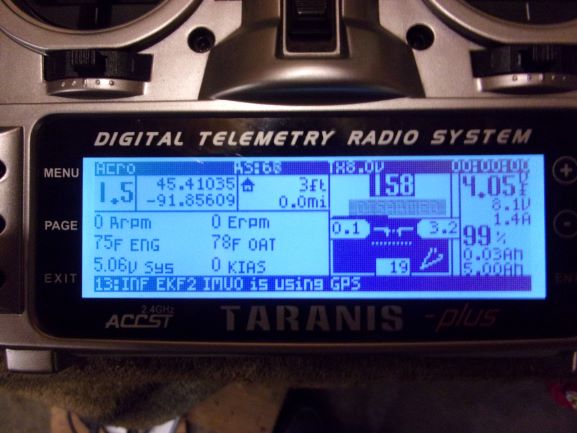 This is done with advanced telemetry scripting running in the RC. Unlike Mission Planner it has zero latency. Eliminates the need to lug a 1990’s technology Windows laptap around that has a screen that you can’t read in bright sunlight anyway. Can use a more modern mobile device like a tablet or smart phone to upload flight plans to your helicopter with WiFi - no telemetry radios needed.

[x9d] [x7] This project is what I’ve been working on in the last couple months, an open source lua based telemetry script for the Taranis X9D, X9E and QX7 radios, it uses the frsky passthrough protocol and requires opentx 2.2 and a recent release of ardupilot. The script supports all the telemetry DIY 0x5000 packets sent by ardupilot’s frsky passthrough protocol library. The project is hosted on github Screenshots dual battery view [x9ddual] [screenshot_x7_18-03-03_20-23-42] mavlink mes…