Am i doing something wrong with IBUS?

I have a Problem;
Good result with SBUS but however i can not use IBUS as RC protocol. No pulse in mission planner Radio Calibration window. 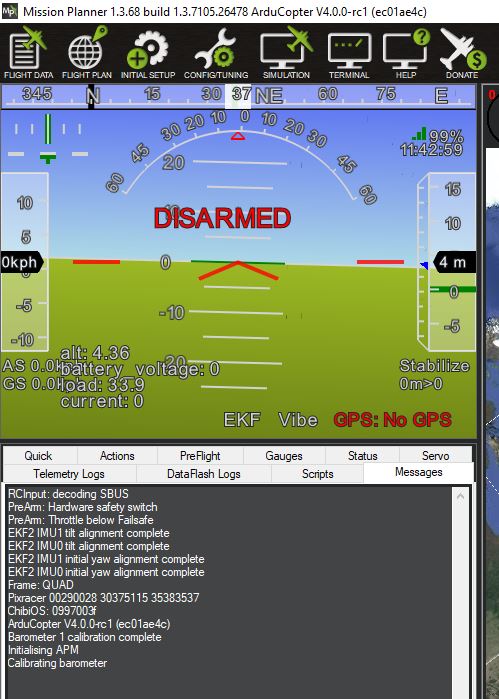 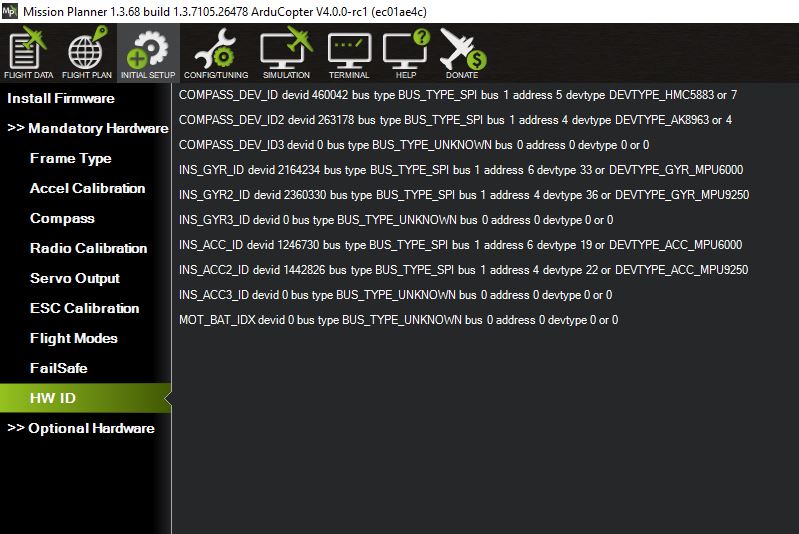 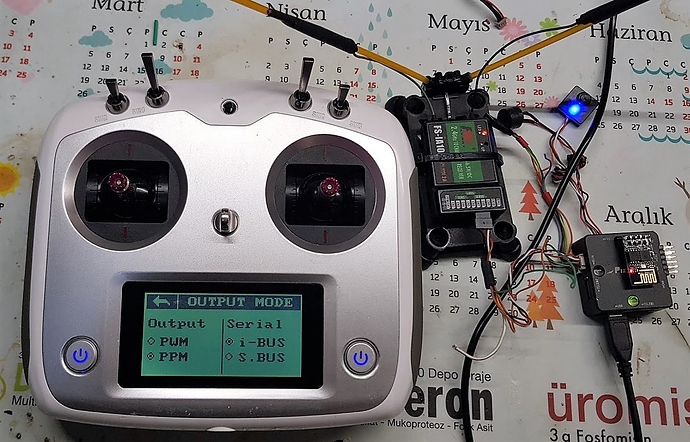 is there any settings to use IBUS or something else.?

Thanks for the report. I don’t know anything about IBUS but I’ll ask around. We should probably have some discussion of how to set this up on this wiki page (but we don’t yet).

There shouldn’t be any special setup requirements beyond plugging it into the RC input of the flight controller just like SBUS.

@peterbarker did a test using his equipment and was able to use it successfully so we suspect that there’s perhaps some differences in the receiver (perhaps different receivers send different bytes).

We think that we will need to create a special debug version of the firmware that outputs all the bytes the receiver is sending to the flight controller and then ask you to run it so that we can look for differences… hopefully we can come up with that debug firmware in the next week or so.

Thanks to all for your support, i’ll try IBUS feature with a different board (matek f405) and report.

With love and respect
sakir polay

no other boards to test with

@yaapu, thanks very much for the report, very much appreciated! 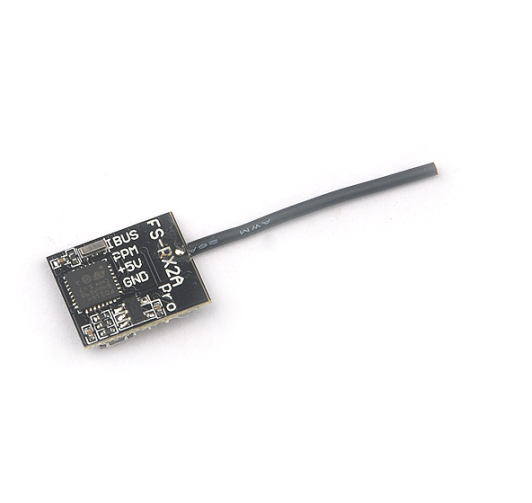 different hardware but same problem. ibus do not worked for me.

setup works with succes in sbus protocol when i change tx protocol to ibus mission planner radio calibration window do not work. shows no pulse.

I’m using a Fli14+ Flysky compatible receiver with a Chinese Pixhawk clone and a “hacked” Flysky i6 remote. Worked fine out of the box (connected to RC IN). I’m not getting any messages related to RC, so I guess it is using the IBUS protocol, since the receiver doesn’t support SBUS and I’m getting more than 8 working channels. I’ve configured the receiver to PPM/IBUS using the remote’s settings menu.

On Copter 4.0.7 with a FlySkyFTr10 receiver (TX is a Paladin 18) ibus doesn’t work, MP says “Bad channel 1 input, canceling”.
Switch the RX mode to sbus without modifying the connection (SERV0 to RCIN) and all is fine, calibration runs and MP show RC_IN_MODE as SBUS in the log.
So maybe ibus support is not so good/mature at the moment. ( tow october 2021 )

I met the same problem, and I solve it, the link maybe help, good luck!

Hi all, i am confused of RCIN protocol. my device: 1.pixhawk 2.4.8 2.firmware : ardurover 4.2.3 3.transimmiter: flysky NB4 4.receiver: flysky ftr16s, connect to pixhawk RCIN pins when i set the receiver SBUS out, missionplanner can read the servo value, it works fine, the steering and throttle are OK. but I set the receiver IBUS out, pixhawk can not read anything, the RC calibrate bar color is grey in missionplanner. I look for in the Ardupilot document, it says support IBUS, so I am con…