In an effort to improve on precision in automatic landings we are using a lidar rangefinder (Tf Mini Plus - max range 12m) and GNSS RTK. While horizontal control with RTK GNSS seems to be significantly more precise than with stand-alone GNSS, we are not convinced that RTK GNSS and the rangefinder have the desired effect in altitude control. We have set GPS as primary source for altitude except for when the Rangefinder is available at 70% of the 12m max range - i.e. at 8.4m. We have two issues:

From the pics below it seems as if the Barometer - the least precise of the altitude sensors - dominates the AHR2 Alt values. We would suggest the following hierarchy in altitude input weight for control during landings (and generally):
i. GNSS RTK (undiluted) and if that fails then
ii. Rangefinder (undiluted) and if that fails
iii. GNSS (stand alone) and Barometer conventional mix 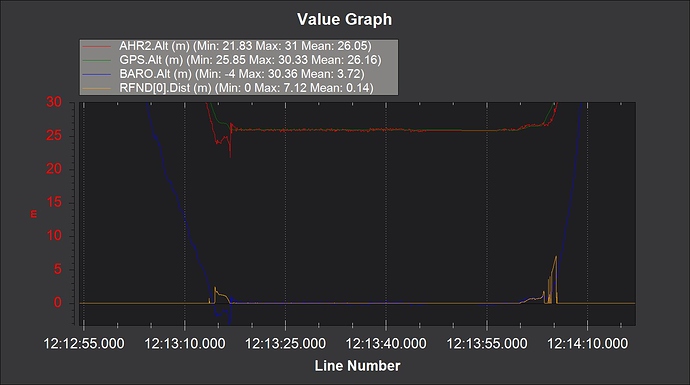 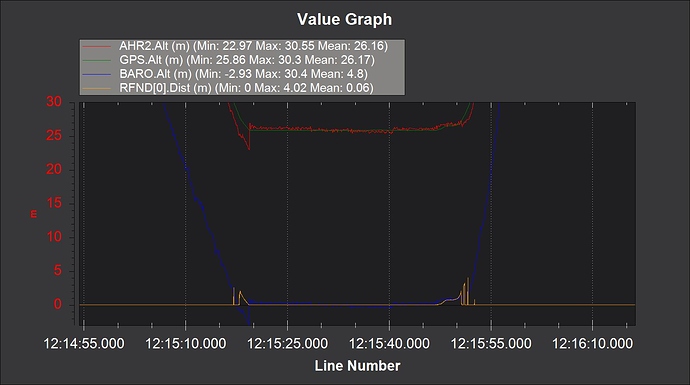 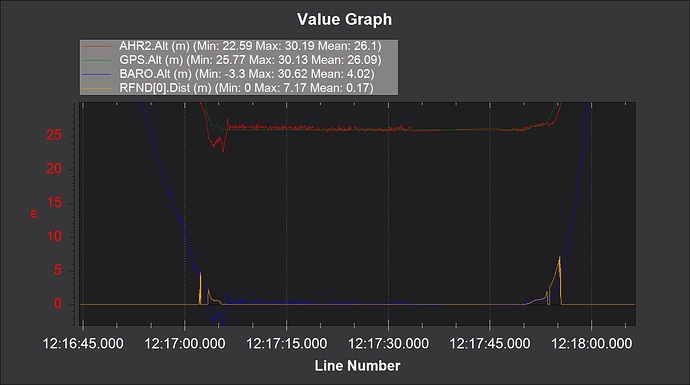 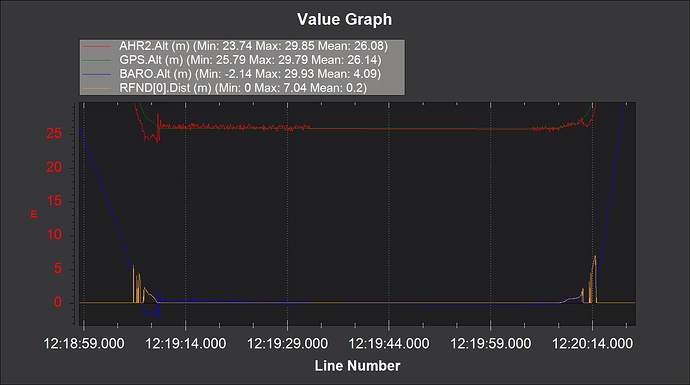 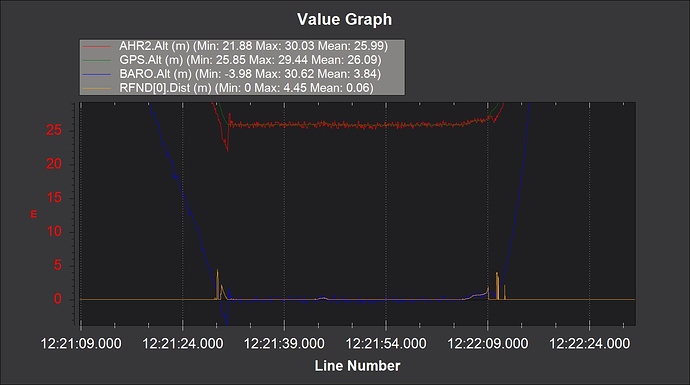 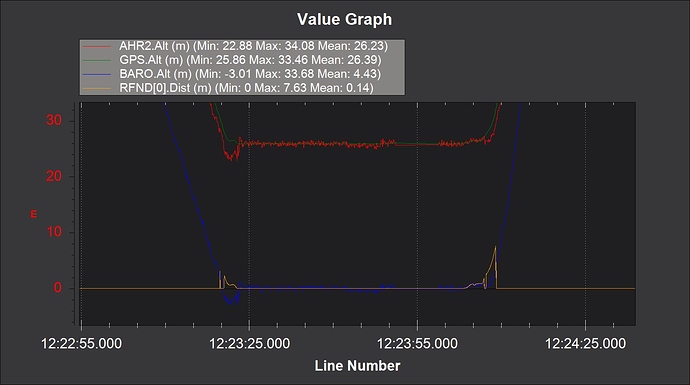 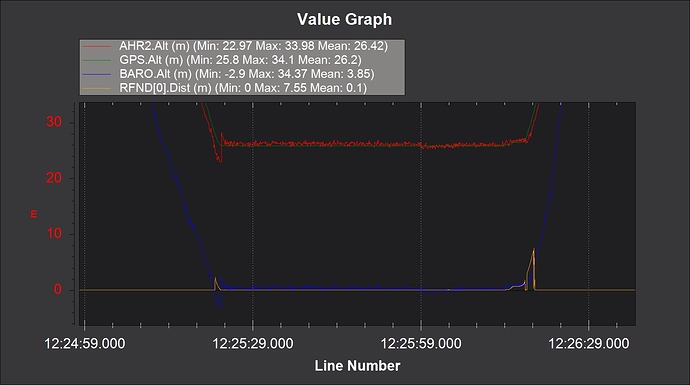 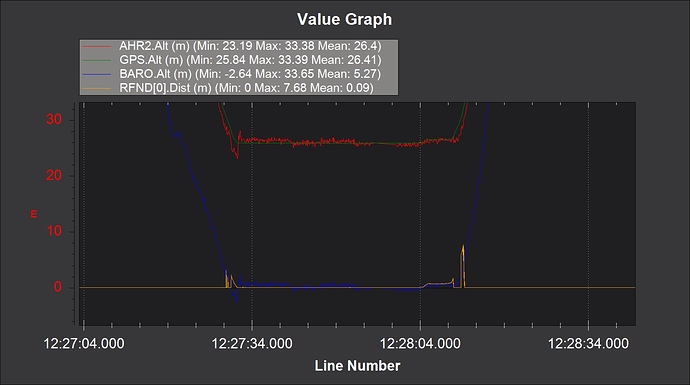 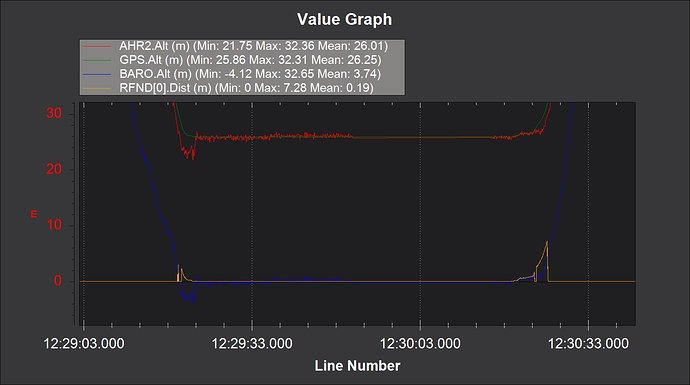 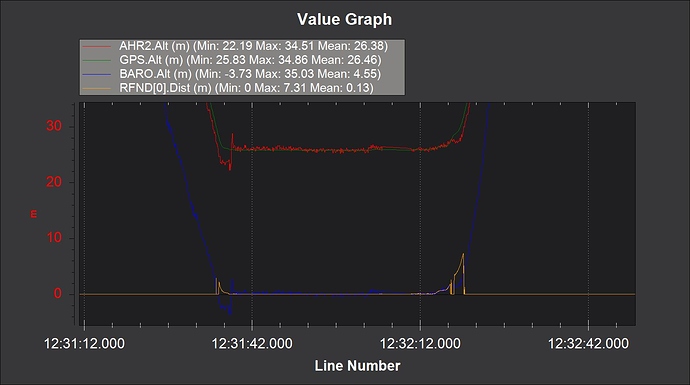 There have been baro altitude fixes in master. What version are you using?

We are using V4.0.6 (036ad450) on two identically configured Believers, both of them displaying the same behavior.