What is the goal for this Rover? Not “4 hrs of drive time”, what is it’s purpose? Does it have a payload? Drive in a circle in your yard for 4 hrs? There are gas lawnmower rovers that might run for 4 hrs for example. There are agriculture autonomous vehicles that will run for longer than that. What work is it going to do?

Right now it’s just to gain maximum drivetime. Then I will add extra sensors and gadgets or surveys & data analysis of land. But first hurdle is to get drive time to a decent amount. Even 2 hours would be great. But from what you’ve said the Wild Thumper 6WD couldn’t pull it off, which I thought it could 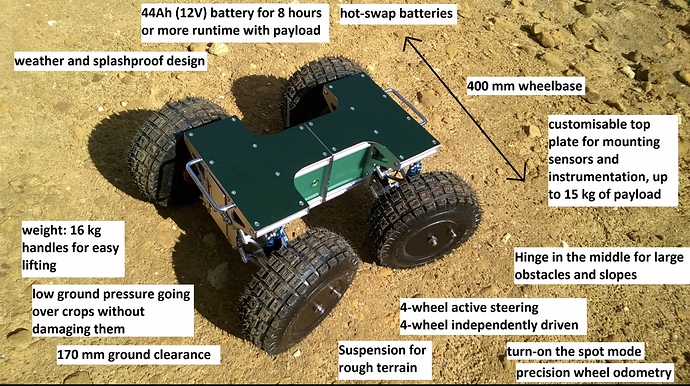 As you can see in this picture this rover build has the capability to run up to 8 hours which is incredible.
What kind of battery and motor setup would I need to produce something with even half the runtime of this beast? It’s like you mentioned it’s an agricultural rover so I’m heading towards that direction with what I’m after. If the Wild Thumper is not the direction I should head in I’m happy to invest more money to get to this level to achieve 4 hours of possible. Just need to know what I will need, I have no idea, I lack the tech vocabulary and more than likely will end up electrocuting myself whilst trying to assemble the rover when the time comes. But I’m going to give it a try nonetheless. Just need some advice on what needs to go inside regarding motors & battery that will be compatible. 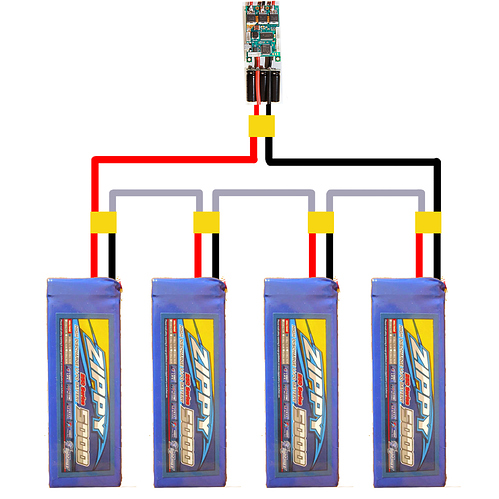 Would a setup like this do the trick and with each battery giving 5K mAh what would the final output be? 20,000 mAh?

Do not waste your money on a Wild Thumper. The quality and design is not great. The aluminium is really soft. They use self tapping screws as axles/pivots for the motor holders. The front and rear wheels destroy their gearboxes faster than you can say “spare part”. The motor wires are cheapest, stiffest, low strand count crap. I once had a Wild Thumper and my first thought after unboxing was to send it back immediatly. I kept it against better knowledge and tried to improve the obvious design issues, but there is not much you can do about the drive layout and buying spare motors at almost the same rate as charging the lipos is no fun.

Thank you for your reply and as your already an owner of the Wild Thumper I will take your word for it. Is there any other rover chassis that’s suitable for rough terrain with high torque motors that you can recommend to me please? I have the money ready and waiting, I just need a push in the right direction in making the right purchase. Thanks again

All the red wires would be together as well as the black ones. You may want to read all this.

Ha, ha, no. Fire, fire! I already told you the batteries need to be in parallel. You may want to start at the beginning here: 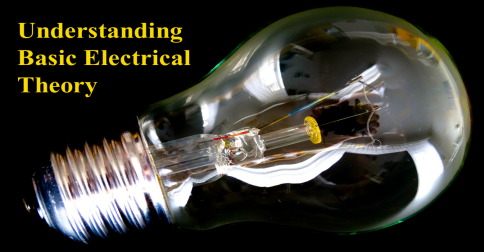 Brush up on some basic electrical theory and deepen your knowledge about electricity. In this post we cover Ohms Law, AC and DC Current, Circuits and More.

And as I and David have suggested read the Rover Wiki. 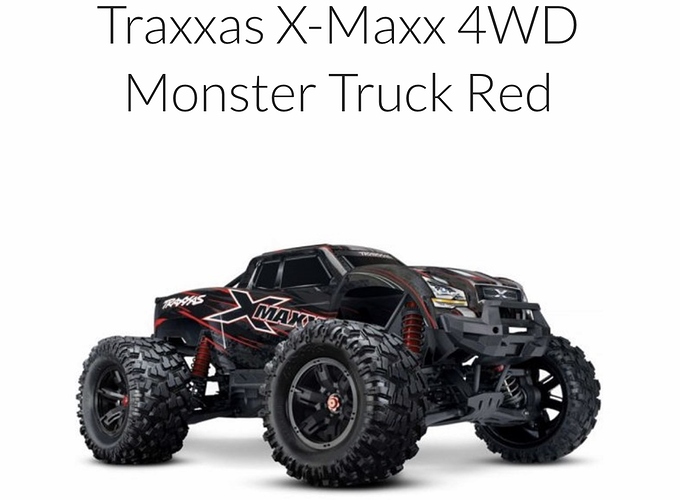 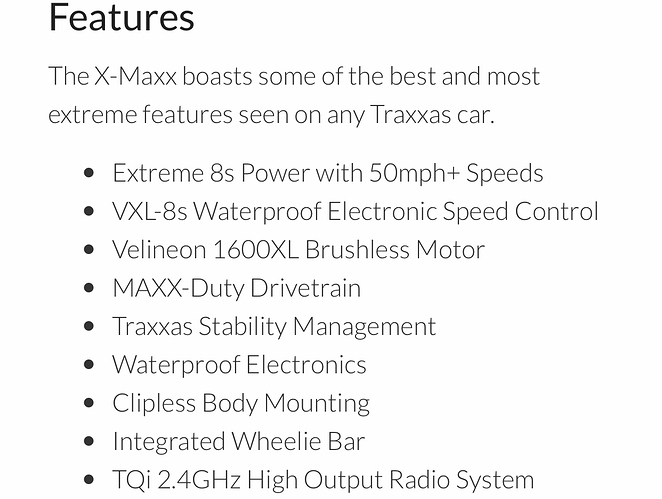 How about this. If I buy this would I be able to put the apm onto this? It goes 50mph with a runtime of about 30-40 mins at 50mph so if I limit it to 5mph with two 8S lipos running parallel I should get a decent amount of runtime. Only question now is can the apm be easily hooked up to this to use as the base of the rover?

I think a crawler chassis would be more suitable for a rover. You will have problems making the Maxx go only 5mph. Brushless motors without hall sensors in rc cars do not like to start and go slow. Axial makes nice crawlers and you would not have to keep your money.

You should also upgrade to a pixhawk or similar. APM 2.8 is old and not supported anymore.

Yeah definitely a crawler would be better. Also looking to get the Pixhawk 2.1 kit with The Cube and Here v2.
I found this, what do you think? 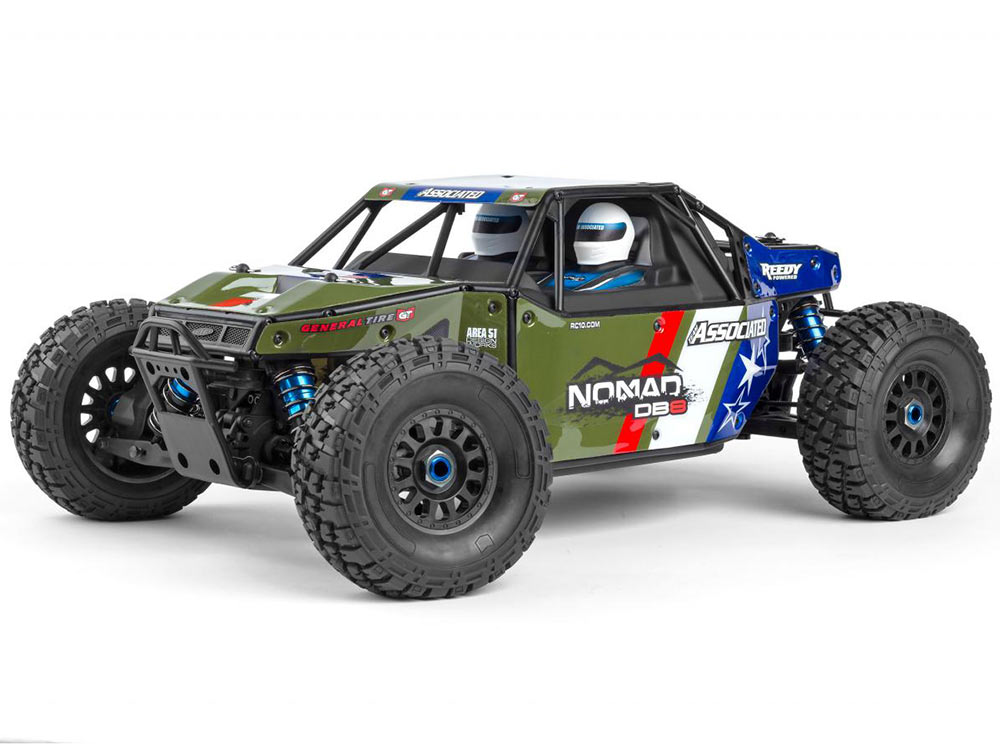 I was thinking to also buy this battery pack with it:

This is a fast RC buggy too. The link you posted is just a search for a lipo. The top result is a 6s 22000mah lipo. This is the wrong voltage and much too big for the Nomad. You can not fit such big lipos in an rc car. The suspension will not be able to support a 2.5kg lipo.

Could you help me to choose a suitable rock crawler? I would appreciate it as I’d like to buy one asap & begin my journey in making a rover. Only thing delaying me is lack of knowledge and not money lol it’s usually the other way round

The problem with any RC car (and the Wild Thumper) will be the suspension. As soon as you try to load more than the car was designed to carry, the suspension will soon be at its limit.
For that reason, I have build my rover three wheeled and without any suspension, except for the air filled tyres. It can carry 90kg (me) in addition to 16kg of its own weight.
You should be better of to look for wheeled robot plattforms like this one:

It uses bigger motors than the Wild Thumper and has no suspension. I can not say anything about the quality, etc.

I’ve seen this rover before. Was even thinking of buying one of the Lynxmotion rovers.
Trouble is if one side goes over a rock the whole thing shifts direction. It doesn’t keep going straight and goes of course before returning back to the waypoint line

No idea what you are talking about with regards to to an obstacle and an auto mission with that vehicle. Where did you come up with that?

If you have more money than build experience, which I think is clear, contact these guys:

For those not knowing the “Wild Thumper” it uses 6 Volt DC brushed motors. Connecting them to a 4S limo might not be good for them.

The 'Thumper has six motors three on each side and each side has three motors wired in parallel. The motors can draw up to about 7 amps each if they are stalled and given full rated voltage. But they will burn up if you do this for long. In normal about 1 amp is common. I use and recommend a 2S battery. These are simple brushed gear motor, one gear motor per wheel

a 2AH 2S battery would work fine. Also notice the metal boxes under the chassis top plate, A battery of the suggested size fits there. Use fuses. If a motor stalls or a wire shorts the fuse will prevent a fire.

To power the moteryou are going to want a pair of “H-Bridges” one per side and make sure the bridge can handle the worst cast current and still have a good safety margin.

The 'Thumper uses a smart steering system. 50% of the vehicle weight in on the center axial the ends are lightly loaded. So it handles almost like a two wheel differential chassis but has the traction of a 6WD system. It can drive over objects like standard red brinks and 2x4 lumber with no problems.

My WT is modified to have rotary encoders on the center pair of motor and the motor controller uses PID for speed control. The encoders also are used for navigation. The main computer is a Raspberry Pi3 runnig Linix and ROS. I don’t use ArduPilot on this chassis

What you will find is that these R/C cars are VERY hard to control at low speeds. Why? Say the top speed is 50 MPH and the ESC as 8-bit resolution. This means there is 256 different motor speeds available and each speed increment is 50/256 MPH or 0.2 MPH. or about 0.3 feet per second. That seems slow enough but the motor will not overcome insta fraction until you put anoint 10X that much power into in. so the car stays at zero speed them takes off at 3 feet per second.

A robot car needs a bout 10X lower gearing so the max speed is many 5 MPH has you say. Then the cars will stick at zero and then jump off at 0.3 FPS which is better.

Low speed driving chacrteristics are the hard part. It is quite easy to go fast. Why? These DC motor has zero torque at zero RPM and need have certain minimum power input before they can move and then once moving need less power to continue moving.

One way to help is to use wheel encoders and a PID control loop then the motor current is controlled inside a very fast loop and low speed precision is possible.

The Wild Thumper comes in two versions one with 34:1 gearing and the other with 100:1 gears (numbers from my poor memory) you wan the one with the higher reduction. It will have more torque and better control at low speed.

Also note that these cars’ suspension is optimized for high speeds on a FLAT dirt track. Is that what you want? Maybe you need low speeds over big bumps? I don’t know.

But if this goes up to 50 MPH, you want to radically change the gear ratio.