I did a “clean install” and moved all my parameters over manually. It flew absolutely perfect in 3.4.9. Rock solid in altitude and in GPS lock (i usually use poshold mode). I read somewhere that the hexa option in mission planner doesn’t flash the correct file? Is that true?

But as i went for the update, it wasn’t as stable any more. It drifted a lot in hover, in the vertical direction. It couldn’t keep its altitude. I have done a compas/accelerometer/all calibrations from start and the right way (i hope).

I see some other people also struggling with keeping the altitude, but without any explanation? It went better after a couple of flights, but not perfect locked in. There were no wind in the last flight.

Is there anything else in my logs to be concerned about?

Last i have just updated my taranis x9d+ and since i updated to OpenTx 2.2 i keep getting a “sensor disconnected”… Is this something to worry about, or is this just a bug between pixhawk and opentx?

hello,
it seems that you forget to put the link for the logs !

Hi, you are absolutely right! Sorry about that. Updated the original post with the link.

Hi, thanks for your input. Is 3 to -3 and -5 to -15 the overall threashold for too much vibration, or is this the vibration in my hexa?

All configurations.
This is referring to the overall vibrations being subjected to the flight controller.

The purpose if this requirement is to keep the vibrations away from the flight controller as not to interfere with good operation of the accelerometers that tell the FC its orientation.

A better metric to use is the VibeX, VibeY, VibeZ and the Clip 0,1 &2 parameters. These are conditioned signals of more value than raw acceleration. As such your VibeZ level is marginal but not terrible. Prop balance, FC mount can be a root cause. No clipping was recorded.

Thanks for your answer… My props and motors are very well balanced… Did it manually, and they are absolutely dead still when ever i spin the motors (have spinners mounted to see vibrations)… I am pretty sure they are perfect. My FC are mounted on silicon pads… How do you suggest i decrease the amount of vibrations? You say they are marginal, how do other achieve lower vibrations?

I use Zeal gel pads on some and ball mounts on others both are effective. I just had a look at your log from 3.4.6 and those Vibes are actually higher so if it flew fine before then it’s not likely to be the problem, if there is one, now.

Well, today i didn’t notice anything… Could it maybe the adaptive mid throttle thing that has been implemented a long time? I mean, it was a “fresh” install? Was it maybe just calibrating the hover throttle? It flew perfect before? But i would like to catch the problem beforehand, do you think i should do something for the vibrations? And do you have some links for the products you have been using to decrease vibrations?

It could be that as your MOT_THST_HOVER value between the 2 log revisions are slightly different.
I think your Vibe levels should be addressed. The attached is from your 3.4.6 log and I can tell you I have had trouble with my F450 with levels and clipping at this magnitude. 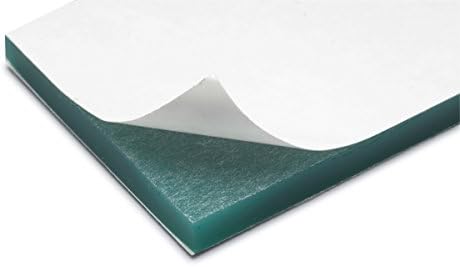 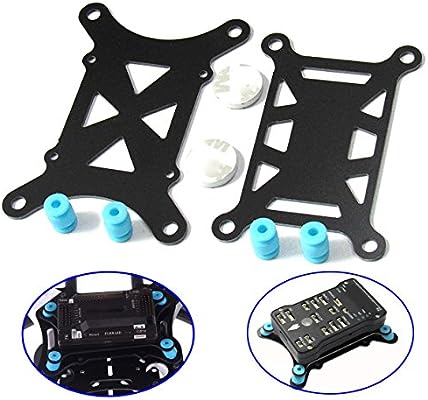 Thanks for your reply… And thanks for the image. What would be in the acceptable range of those values?

The Kyosho vibration sheet, is the way it is mounted so far. The one i have is black though, but i am sure it is the same material… Is the damping plate really enough to solve it?

Am i right that the MOT_THST_HOVER will adapt itself?

I replaced 4 squares of Zeal with a mount plate on a F450 quad and it did help. Here is the guide for Copter vibration analysis with some general guidelines. Note the comment about the clip values steadily increasing which your 3.4.6 log shows.
http://ardupilot.org/copter/docs/common-measuring-vibration.html

Yes, if you have the learn parameter set, and you do, it will adapt.

Thanks for your help! I will order a mount plate right away! Any other comments to my concerns?

I then redid all configurations (compas, radio, esc, acc. etc.). Then i copied my PIDs into the fresh firmware, and the only thing left was the “small stuff”, like retract gears, serial ports, wpnav speed, disable switch etc. I did that manually. Opened the old parameter file in VS code (its just a textfile), and compared the values i found necessary. So the only parameters that are new, are all the calibration parameters. I have attached the old parameter file. Sadly i havn’t got a change to pull the new config file, but i did compare them, and the only difference seems to be, as i mentioned before, in those parameters that are attached to the calibration stuff.

My FC is mounted between the bottom and top plate, and the battery on top. See attached photo…

I really appreciate your help!

As a side note, it shouldn’t really be necessary to wipe and re-do all the calibration etc when upgrading from Copter-3.4.x to Copter-3.5. For the most part, any parameter migration should happen automatically.

Thanks, i know that, but i have been working a lot, and made different settings. Like an old windows computer, it sometimes is a good idea to start from scratch, and thats why i decided to do that!

Just upgraded my 550 hex from 3.4.6 to 3.5.2 “Pre-ARM, Compass not calibrated” yet I have green compass offsets in the compass calibration window.

I took a look at your pictures, and in my honest opinion you have the Pixhawk mounted improperly.

The main issue I see is the Pixhawk is “crammed” between the top and bottom plates and the wires are most likely transmitting vibrations from the frame to the Pixhawk.

The second issue is the Pixhawk is mounted forward of the aircraft pitch axis. Ideally you what the FC as close as possible to the point were the roll and pitch axis intersect.

The third issue is the Pixhawk is too close to the main power input and the integrated power distribution board which will affect the internal compass and may cause “compass inconsistent” errors.

The fourth issue is the battery is mounted transversely on the top plate. This moves the aircraft CoG (Center of Gravity) up towards the propeller plane which has a tendency to reduce stability which can cause an increase in motor currents and reduce flight time. This transverse battery mounting also makes pitch balancing difficult, particularly if you intend to mount a camera and gimbal.

I recommend hanging the battery below the bottom plate and attaching the flight controller to a vibration damping platform that is mounted on the top plate at the intersection of the roll and pitch axis. Now you can shift the battery fore and aft to get the aircraft in balance.