I have encountered a lot of trouble recently with high vibrations, specifically with the z-axis in the accelerometer. I have observed this with several different vehicles with propellers ranging in size from 15 inches to 29 inches. I’d like to focus this post on a Hexacopter build with the following:

The log file shows high z-axis vibes, going above the maximum of 30m/s/s recommended in the Wiki. The more concerning part however is the clipping in the z-axis, as this is WAY, WAY higher than it should be (at zero). There is also a little bit of clipping in the x and y axis on this flight, but the vibes are well within the acceptable level. The flight controller is attached to the vehicle with two pieces of Moongel and secured in place with CA glue.

I have been through the vibration damping guide many times and have read from other users about good results from Moongel. Other vibration damping techniques have not yet been tested on the vehicle because the general advice seems to be that vibration levels this high are caused by an underlying mechanical issue and this should be addressed rather than simply attempting to mask them.
The primary suggestions for fixing these underlying issues seem to be balancing your propellers and ensuring that the frame is sufficiently stiff. I can promise that the propellers are correctly balanced and that the frame cannot conceivably made any stiffer. The plates are made from 3 mm carbon fiber and the arms are made from 30 mm diameter pullbraided carbon fiber tubing.

I have spent many, many hours trying to figure out what could possibly be the issue here, and on the other platforms I have investigated. Quite frankly I’m out of ideas, so I figured I would reach out here. Some images of the vehicle are included below. If anyone sees anything about the construction of the vehicle that could be causing this, I would greatly appreciate it. 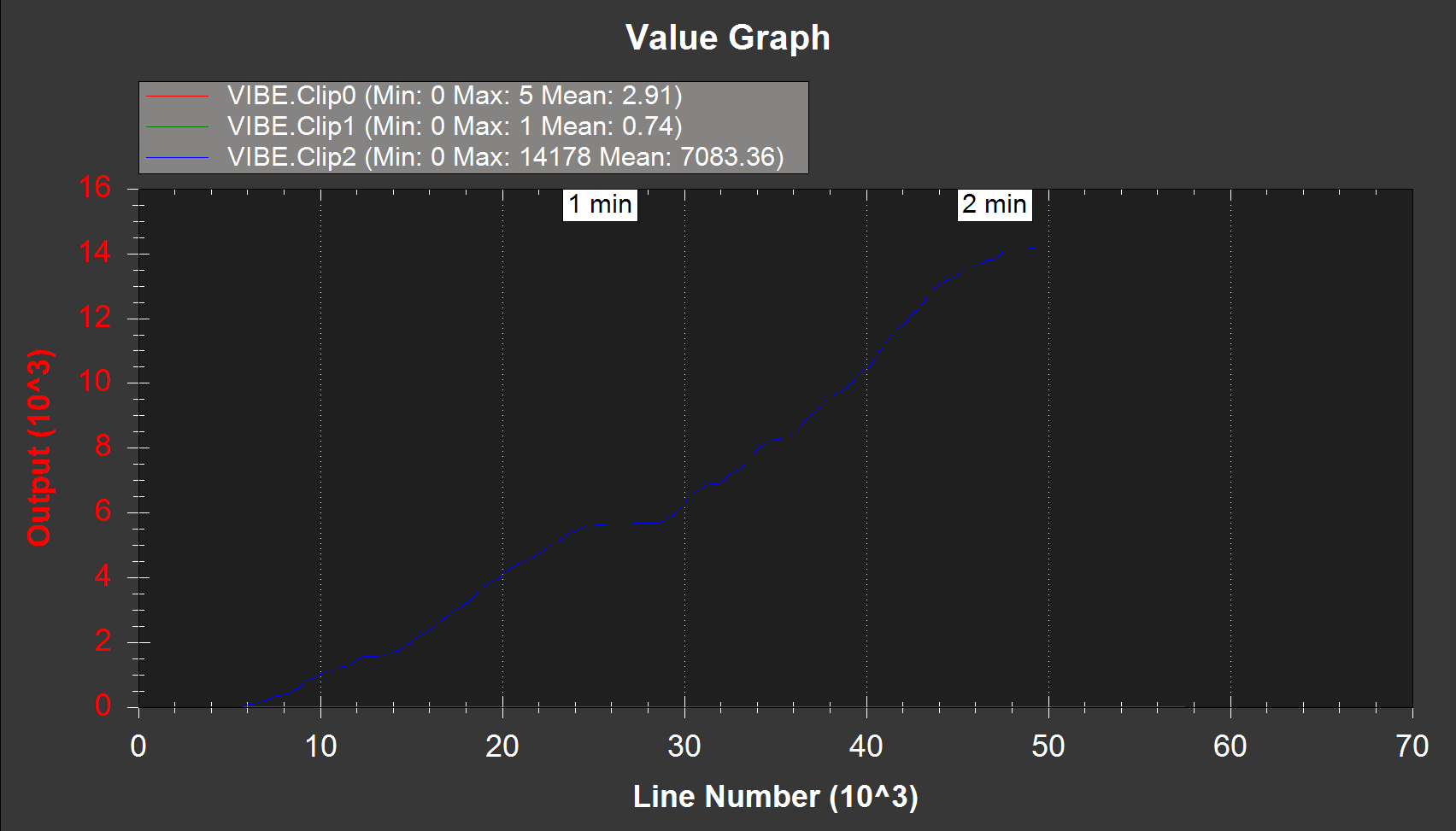 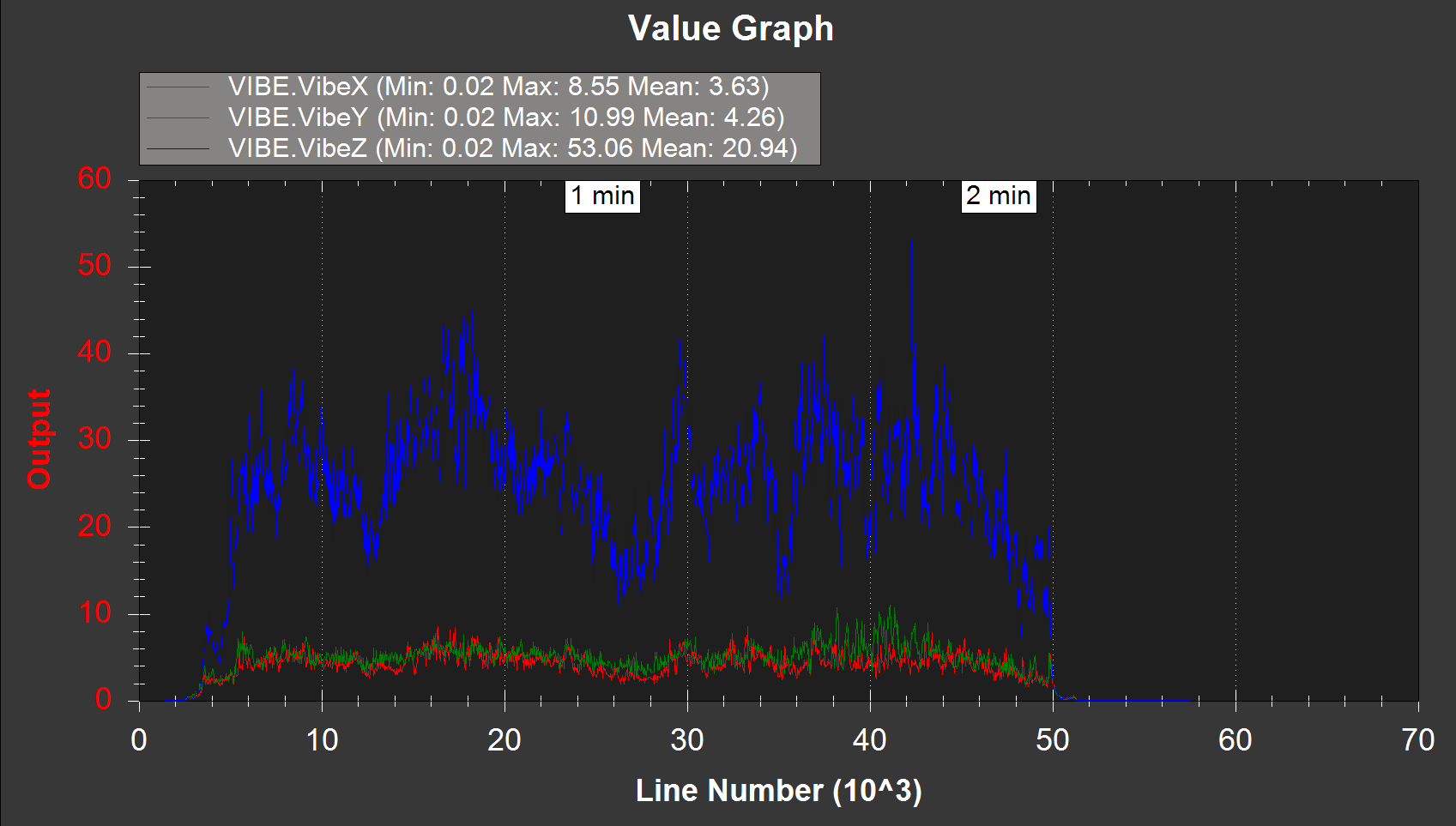 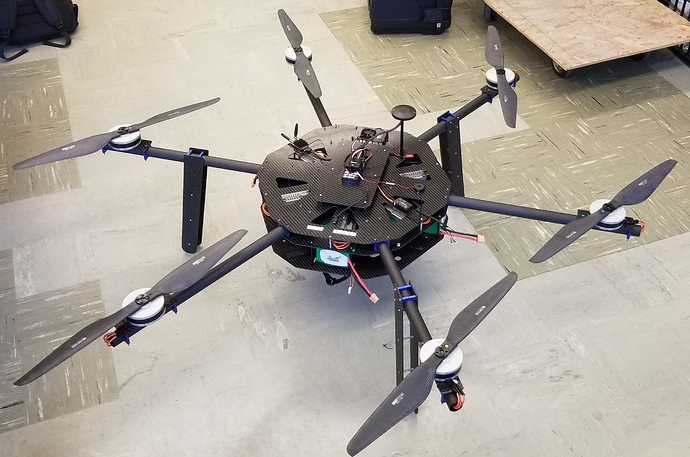 I would go for securing the wiring first, particularly that GPS cable. Get all the wiring attached to the frame, then a nice curve to its connector on the FC so there is flex in the wiring but not so much that it’s flapping around in the wind. Make sure none is touching the cube or carrier.
It is also a bit too easy to turn your nice new aircraft into a flying ball of cable ties - it’s not a good look

Hi Shawn, thanks for replying quickly. I’ll give that a look. In your opinion, would it be a good idea to stick with the Moongel as the vibration damper? Obviously it’s difficult to say from just the pictures and I’m aware that it is known to melt at very high temperatures. I wasn’t sure if the flight controller could be more easily influenced by the movement of the wires because its spring constant is so low when compared to other some other gels like Kyosho and especially compared to foam mounting pads. I’d like to test this, just seeing if anyone has any input before I do so.

That gel could be fine, time will tell. Get it flying with the Z vibrations unter control and then we can tell more about the effects of the gel.
Usually prop balance issues manifest in X and Y vibration.
Z vibrations can be props to close to arms, overflying the base plates, and loose stuff.
But still check all the wiring everywhere, not just the wires plugged into the FC. Anything not secured vibrates around more than you would expect.

Ok, I will give that a shot and make sure all the wires are secured as well as they can be. I will post on this thread if I learn anything, or resolve the problem. If anyone else has any other suggestions let me know.

The designers of the Cube say no damping, I am seeing as well some higher than normal z wondering if it a error. however wires and in my case the battery could be transferring to the frame.

Hi Nick @Nick_DeGroote,
If after all the suggestions you are still facing vibrations from an unknown source, you might want to try also dampening your motors by placing some silicon sheet (like those used in baking trays) under each motor, something like this.
HTH
Gal

@Nick_DeGroote have you tried hard mounting the cube to the top plate? By mounting the cube on moongel you may have inadvertently excited one (or more) of the natural frequencies of the cube’s vibration isolation.

@BRiskas I have not tried to hard mount the Cube by screwing it directly to the top plate. I realize that 2 of the 3 IMUs are internally damped and that adding another vibration damping device will affect the performance of the internal damping. I ran some tests with different vibration isolation methods with this type of flight controller in the past on a different vehicle (Coaxial Octocopter with 18 inch propellers) and had the best results with the Moongel when comparing it to some of the other commonly used vibration damping materials. So this was the reasoning for going with the Moongel off the bat for this vehicle.

I know I’ve read several posts debating whether or not the Pixhawk 2 should in fact use additional vibration damping. I don’t believe I’ve seen a consensus reached on this issue yet. I assume it will vary depending on the specific vehicle and the corresponding forcing frequency. It could be that one of these frequencies is excited on this vehicle. I’ll have to determine this conclusively with some more testing.

I ran an FFT for IMU0 on the next flight: https://drive.google.com/file/d/1f-hI2vqwX5wiO7y6tnl_QQ7NBGchSSdV/view?usp=sharing

The large spike at ~103 Hz is from the propellers (based on 2x our estimated RPM). There appears to be a harmonic above that in the low 200 Hz range. The other, smaller spike at 52 Hz concerns me a bit more though because I don’t know what’s causing that. I suppose it could be induced from the wires vibrating, or from another frequency being excited… (Correct me if I’m wrong) I’ve read the post here discussing the natural frequency of the Pixhawk 2 here: Dealing with Vibrations and harmonics... a competition

Thanks for the suggestion!

Hi @gnitzan, I’ll give this a try if all else fails. I’m curious if you have had success with this yourself and what type of vehicle were you flying? I’ll admit that it concerns me a bit that the rigidity of the platform may be decreased slightly by placing rubber or silicon under the motors. Thanks!

I wouldn’t use Moongel in any case. On a hot day that stuff turns to goo. If you are going to use a gel pad use Zeal. I’m not suggesting Zeal here just as an alternative to Moongel in general. Leave that product for the drummers.

Have a read of this as it shows that the cube black doesn’t have great vibration damping characteristics below 120Hz, the range in while larger multis operate in. I’ve had similar issues to yours where no amount of mechanical tweaking could fix the issue, so I put on one of those dampeners which consists of 2 plates and 4 grommets sandwiched in between and that made a massive difference for me. Went from average vibrations of approx 30 down to 4.

designer of the Cube said No damping.

Why is this? I don’t have any Cube’s but one would think the use case would determine whether isolation other than internal would be helpful. I understand how a too compliant mount is not good either as I have mounted FC’s on such a mount. But experienced builders can deal with that.

Sorry. The links should now be accessible

Nick @Nick_DeGroote,
Actually I had great success with this method on two separate vehicles 680mm which is smaller than your vehicle but it is one more option in the builder toolset.

3m tape is all you need. the Cube has internal damping.

FCs like the Zero and 2.1.777 can be hard mounting with just screws or 3M tape. I guess the best way to look at a real off road shock if to much bounce and high rebound the shock will add more distortion.

I need to move the usb wire off the FC. but that because the wire need to be longer to fit the rear slot.

I’m definitely willing to try the hard mounting the flight controller, but I still want to test some others as well. Not to nitpick wording but a shock absorber is typically different than vibration isolation, as the shock absorber does not need to deal with a harmonic force. Also, this amplification will only occur if the source vibration is relatively close to the natural frequency. I could see some scenarios, albeit not all, where changing this natural frequency could be beneficial, especially if the Pixhawk 2 is less effective for frequencies below approximately 120 Hz.