Normally I’m fairly OK with log analysis but I’m not sure what I’m seeing here.

Had a crash this morning where I appeared to lose radio contact with the model while in Loiter and it crashed a few seconds later.

My failsafe is setup correctly and works 100% and even works now on the recovered model yet I don’t see failsafe occuring and the logs look odd after the crash. The battery remained in the aircraft with the receiver and telemetry still working.
Everything looks happy until the crash and then everything flat-lines except Vcc: 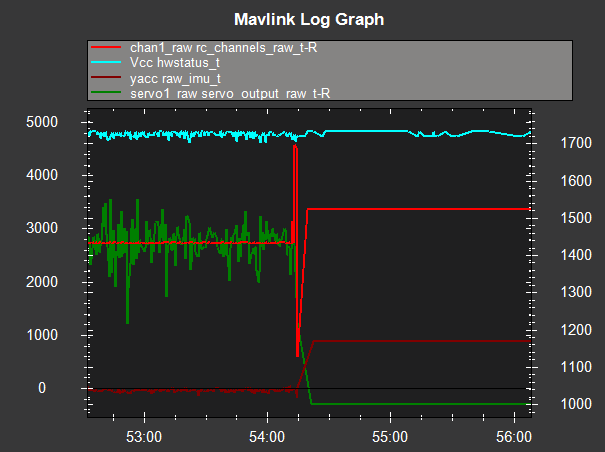 The log file looks odd but recovery took over an hour so not sure if that had an effect but it is attached in case as well as the tlog.

My last command was full up elevator a but the aircraft seemed to not respond, almost as if the APM had frozen, I still had radio signal though: 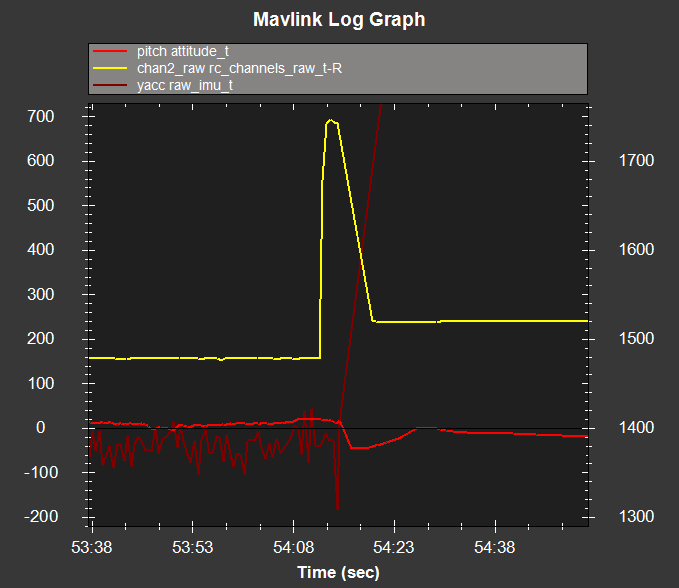 What it looks like to me is that the plane’s pitch sensor sensed that the nose was pitched up at 20 degrees when the plane in actual fact it was in a rapid descent as shown by decreasing altitude.
Not sure why no response from the plane though as I appeared to have radio contact until the point of impact.