I am trying to run SITL with Xplane’s Bell Ranger and Mission Planner, following carefully the instructions and video from @tridge given here http://ardupilot.org/dev/docs/sitl-with-xplane.html

With Mission Planner version 1.3.48 build 1 and SITL’s Arducopter 3.6 dev, I was not able to successfully run the SITL - at least not everything.

The problem comes when I tried to get the helicopter into AUTO mode, it stubbornly refuses - throwing up errors like “Failsafe: Terrain Data Missing” and then disarm (even though I’ve disabled the param TERRAIN_ENABLE) and “Missing Takeoff Cmd” (even though I’ve included a takeoff command).

Could someone point to a direction that I can debug or figure out? I’ve kinda ran out of options here. 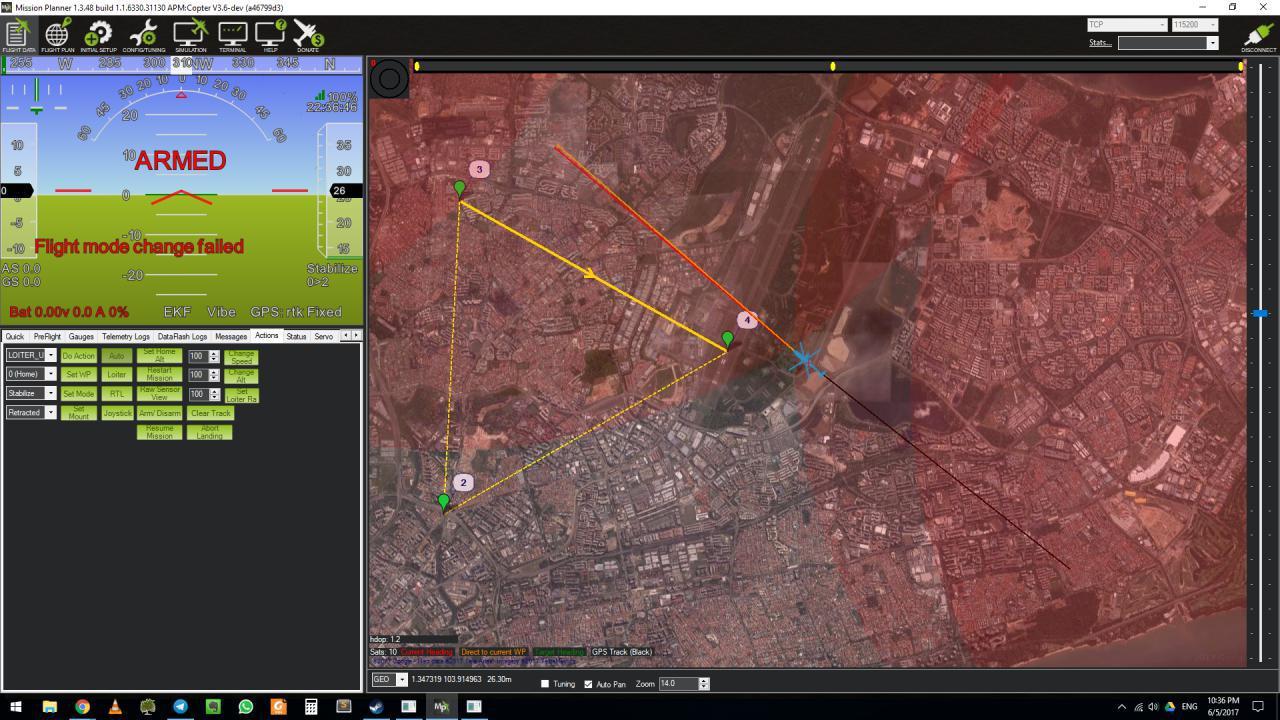 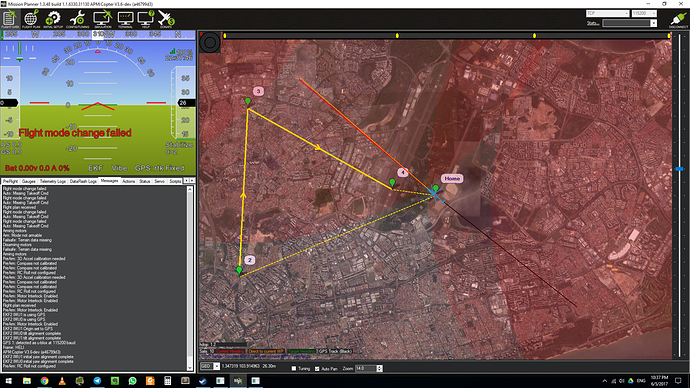 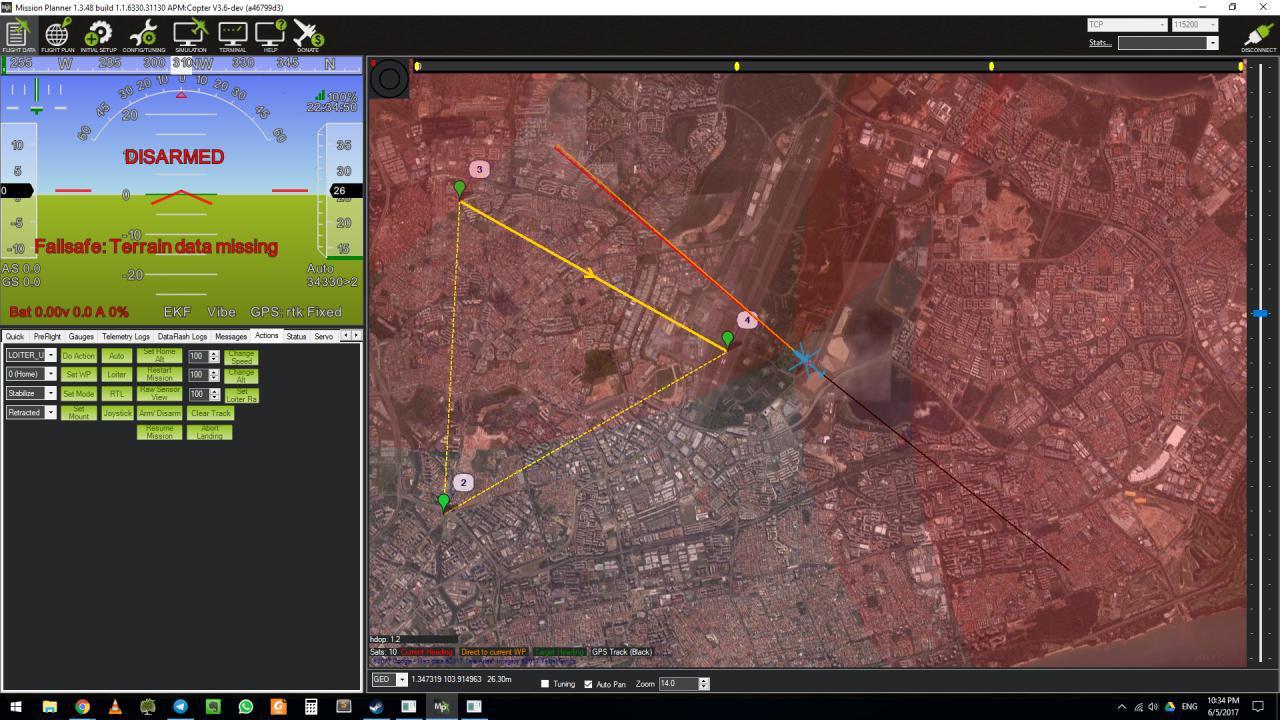 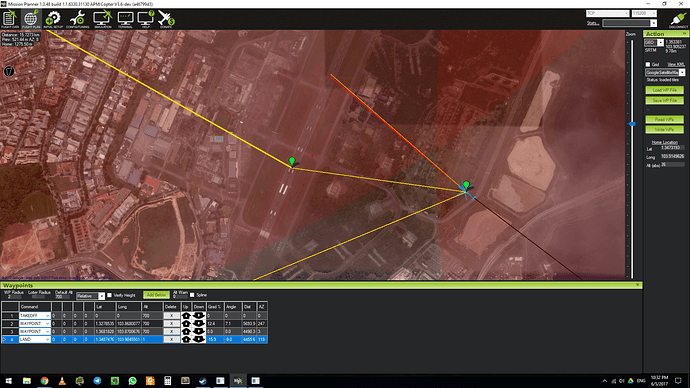 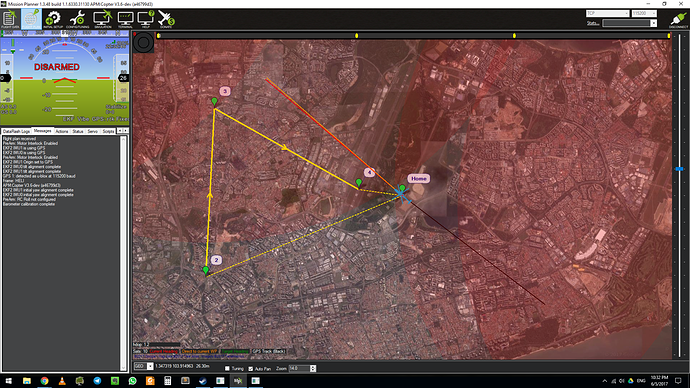 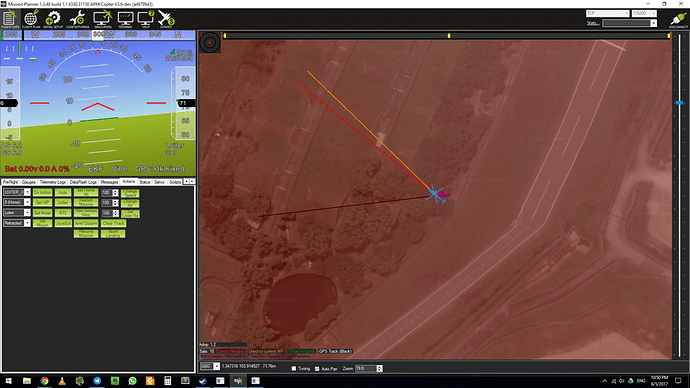 If it can fly Loiter mode then it should also be able to fly AUTO.

My guess is that the mission hasn’t been uploaded correctly to the virtual vehicle. From MP’s flight planner screen try downloading the mission (i.e. Read WPS button) and make sure it’s just what you expect.

For example, the “mission takeoff” error messages clearly means the first mission command is not a takeoff.
The “missing terrain data” is most often caused by the altitude type for the mission commands is set to “Terrain” although in the screen shot above it’s pretty clearly “Relative” so I can’t explain that except to think maybe you haven’t pushed the “Write WPs” button… although that seems unlikely.

I’ve reproduced the issue with AUTO mode, and I’ll look at a fix. I have found a workaround though - change your AHRS_EKF_TYPE to 2 and you can takeoff in AUTO fine. EKF 10 works fine once you are flying, but there is a bug (related to EKF origin I think) that stops an AUTO takeoff.

Tridge, this workaround works. We are seeing a lot of “Bad Accel” and “Bad Gyros” but auto now works.

I am also able to fly in AUTO with AHRS_EKF_TYPE set to 10.