Hi, I have recently purchased a Pix Hawk 2, and upon first system boot up it showed the pixhawk as inverted on the APM Planner artificial horizon. Despite proper calibrating and setup I cannot seem to solve the issue, any suggestions would be greatly appreciated. 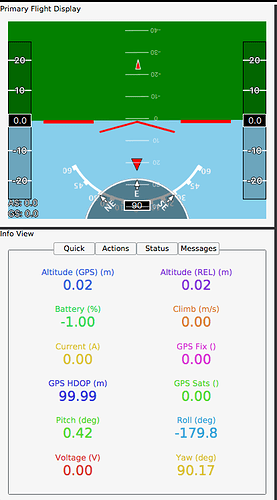 DId you calibrate the compass?

Hey mate cheers for the reply, yeah I did but solved it by reflashing the quadcopter firmware onto the pixhawk which set it strait.