; your main follower is here

That’s exactly right! I had four 250-size quads and disassembled two of them. The higher power quad weighed 21oz with a 4oz 3s 1300mAh 30C pack so I know that was my minimal lift capability. Since my Wing Z-84 had its maiden plane flight at 15oz using the same pack, I plan to use the lighter quad power system that has 14oz minimum lift. Overall, I think keeping it light will provide a better solution.

Do you have a thread for your project? Is it a Phantom or Zeta wing?

A few images from test flight 2. 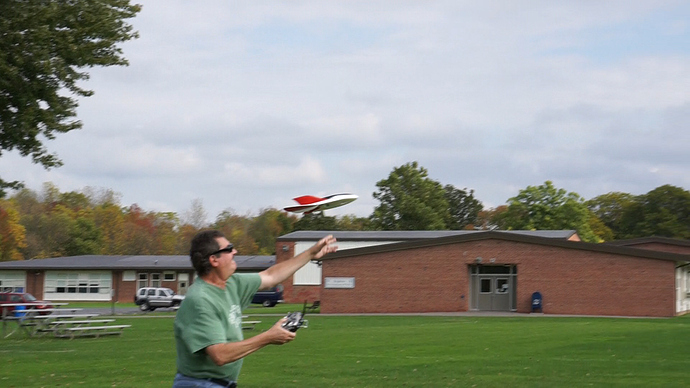 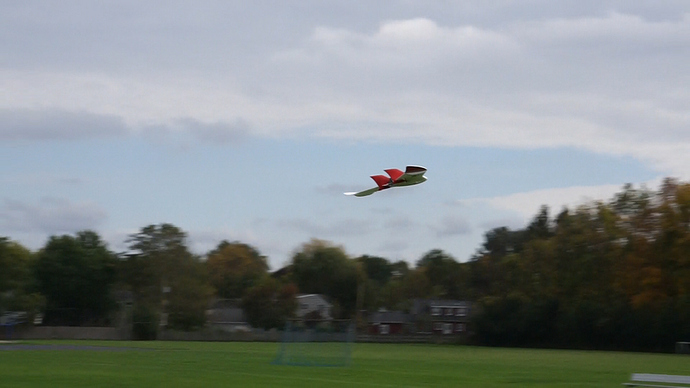 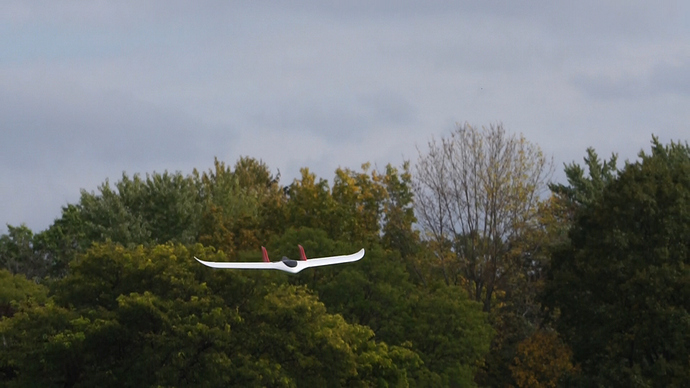 It´s a Phantom,First Phantom FX 61 VTOL
I had horrible weather to test but now I´m in spring and good weather and time to fly is coming, I need little more quad tunning and go to transition, some new test today to try to tune alt controller.

It looks like I am still having problems with vibration. I added another layer of Velcro but my Z-84 continues to flutter in wind. This is the partial vibration plot from the log below when I was in AUTO TUNE mode. Is it the Z axis that looks too high for vibrations?

The Z-84 is flying well except for pitch flutter in wind. I think my next thing to try is to replace the Velcro mount under the PixFalcon with several layers of servo tape. There isn’t sufficient room to install a normal anti-vibration mount because the carbon bar limits the height of the PixFalcon. Let me know if you have any suggestions…thanks! 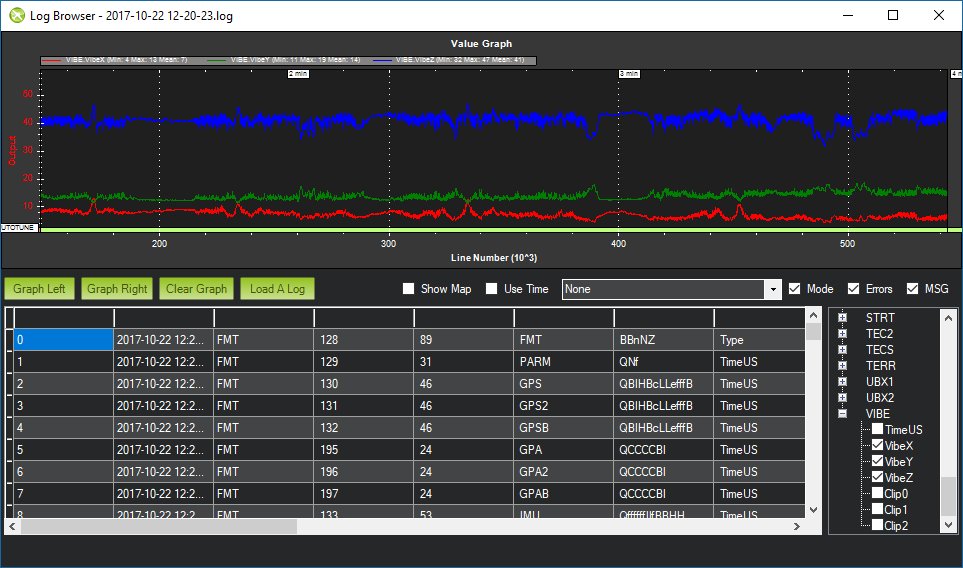 This is very interesting to me to share something and learn something from your project.

I like your choice of low drag fram and there light weight components.

Sir, I have small experience of Quadplane and I would like to be a virtual team member of your team.

I request to all readers that please guide and correct me If need . . . Please

I tested those cell upto 20A , there is no any problem.

5 ) when you test copter mode of quadplane at first time, to avoid damage of wing and structure, I suggest first use damy flying wing on copter fram with same weight as original. After proper pid setup you can test original wing.

Hope you will properly update your project.

Let me know if you have any suggestions…thanks!

I’d suggest adding mass to the PixFalcon, some lead weight, or an aluminum plate.
If you haven’t yet set Q_ENABLE=1, then I also suggest you set SCHED_LOOP_RATE=300, to match what it will be once its a quadplane. Then set SERVO_RATE=100 to increase the rate you write to the servos.
Once you’ve done that post a log of it flying and we can look at tuning.
Cheers, Tridge

I’d suggest adding mass to the PixFalcon, some lead weight, or an aluminum plate.

Thanks for the suggestions. I’m not understanding the lead weight addition. It seems counter-intuitive to add weight on the FC and obstruct some of the LEDs. Can I try pressing some foam in between the FC and the carbon rod to press it down instead or does that not give the same added mass effect?

Adding mass is likely to make the biggest difference.
Think about it like this. Imagine a tiny piece of paper or plastic on top of a loudspeaker. Turn up the volume and it will bounce around a lot.
Now imagine that it had some lead attach to it. It would no longer bounce about unless you had a lot more volume on the loudspeaker.
Using good foam is nice, and worth doing, but you should add mass too.

Can I try pressing some foam in between the FC and the carbon rod to press it down instead or does that not give the same added mass effect?

pressing it down doesn’t give the same effect - in fact that could make it worse as it allows for more coupling of vibrations.

This does make sense. I have a Z-84 with a velcro mounted old school APM and the Vibes are tolerable. Much more mass than a PixFalcon.

This is very interesting to me to share something and learn something from your project.

Thanks for the suggestions. There are many alternatives to designing and testing the QuadPlane depending upon your goals. Mine is just one example. Normally, we don’t use the BEC on the ESC but for space limitations and small servos it can be a good compromise. It is true that Lithium Ion cell capacity is better for the same weight than Lithium Polymer and the 20 amp current delivery may work for small QuadPlane projects like the Wing Wing Z-84. It is easier to start with a pre-made LiPo pack than create your own Li-ion pack from cells as it requires special tools.

Perhaps we will see some other design variations here soon…

Sir,
Thanks for your reply, if total 5v current requirement less than 3A including two servos, than can we provide all 5v power requirement only from your “mini power distribution board build in 5v UBEC” , simply power to servos from "mini power distribution board.
If thats possible than , no need heavy esc+bec , need light weight BEC only, The compromise is single power source for FC.

Sir,
Your mini power modul is UBEC , its look power module and FC are very closely fitted with each other, I think power switching vibration of ubec may disturb to FC . . . Please think on that point for vibration problem which seen in log.

I discovered that the HolyBro PixFalcon Combo came with several 3/16" (5mm) thick 3M foam mounting pads. I removed the Velcro from the bottom of the PixFalcon and mounted it using the thick foam pads. I then added 1/4oz (7g) lead weight to the top of the PixFalcon to help eliminate vibrations. It is very near the CG so it shouldn’t offset my balance.

While I had the PixFalcon up, I plugged in the I2C cable for my future digital AS sensor. The HolyBro kit comes with many extra cables and a micro OSD board that I have not yet used. 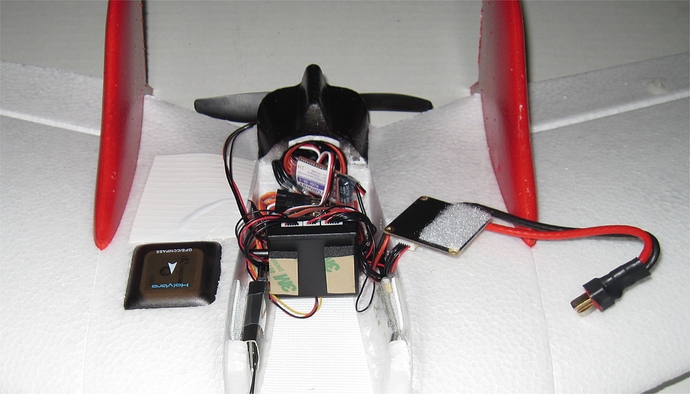 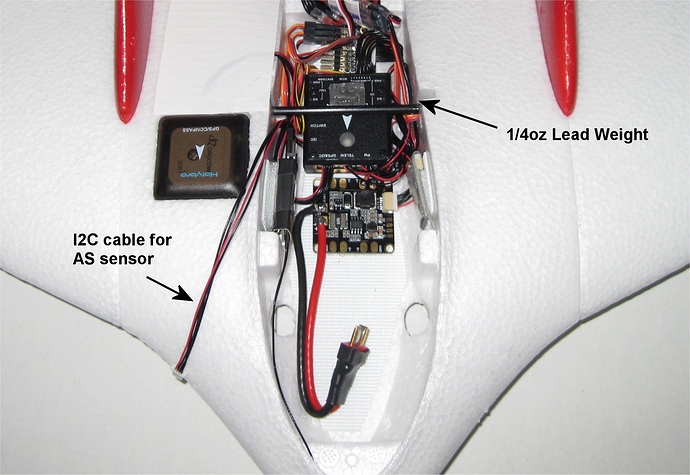