Think the title says it all. I originally setup my wing with a fellow fx-61 owners parameters file and this set THR_MAX to 100, but since several upgrades later, mine is now at 75% (never amended manually to my knowledge). So why only 75% throttle max? I just upgraded my motor as I seemed to be having poor performance, could I have instead just set THR_MAX to 100% not give me more thrust, and saved a few ££’s?

Hi Paul
The THR-MAX can sometimes change to default upon firmware update. It’s a good idea to reload and check your parameters before flight after a firmware update or other changes. Typically, RC motor propulsion configurations are setup for around 40-55% throttle cruise, so 75% THR_MAX is typically a safe margin for sustaining flights and climbs on most air frames with stall prevention active, and should avoid high performance power trains from thermal overload by limiting the FC (Flight Controller) from running at WOT (Wide Open Throttle).
Regards
Sam

Thanks for the reply. I think the main query is, if I set it to 75% then do I literally only have 75% of my throttle output available for manual flight? It’s use us a little ambiguous I think.

From what I understand yes. BTW for all auto modes FBW settings apply that can reduce motor performance as well. FBW is not a “manual” flight mode.

I mainly launch in Stabilize and fly in either Stab or Acro (plus occasionally manual). I would really like to have all available thrust from my motor in these modes (no point in buying a more powerful motor and then limiting the thrust). I tried the thr_max on the bench last night during some testing with a power meter (testing in manual mode) - I tried both 75 and 100, but both seemed to produce the same throttle range and max current was identical, so makes me wonder if this is perhaps only used in assisted modes - guess I need to test this also.

You might also have to redo your RC calibration on the PXH and the throttle calibration of the ESC to notice the difference.

It sounds like you might have done the ESC thr calibration with 75% Thr, so you have had 100% throttle all along. (if you have motor performance issues (ie climbout) you might have to upgrade the drivetrain after all)

What is your aircraft and propulsion setup? I can run it through ecalc quick for you if you want.

That’s the best answer I have seen so far. Thanks Jeff. I did already upgrade the drivetrain to use an NTM 3528 motor and 60A YEP ESC (both from HK). I also had to get the programmer card for the ESC as these come setup for Heli’s so needed a few settings adjusted. I also was only able to do the throttle calibration with this programmer by using a servo tester instead of the Pixhawk, so set the ESC PWM limits this way. (problem is, to get the ESC into the right mode for the programming card to work, I need to have throttle PWM directly at power-up, which is not possible from the Pixhawk of course). So I manually set those limits by dialling in 1200 for the low value (required for active braking to work (as I have folding prop), and 2000 for the high limit. I presume on full throttle this is what the Pixhawk will put out? May have to get my oscilloscope on the output to check that!

No probs Paul.
In Mission Planner on the status tab on the flight screen you should be able to see the PWM output for throttle (CH3).
You can also try this: http://ardupilot.org/plane/docs/quadplane-esc-calibration.html

What size folding prop are you using on that and how heavy is you model?

Model is an fx61 wing weighing about 1.5kg. Prop is an Aeronaut CAMcarbon 10x7 folding prop

NTM 3530 maybe? I can’t find a NTM3528.
According to ecalc that prop on a NTM3530 might be a bit to steep for that motor. A 10x6 might be better for static thrust on 3S, depending on how much thrust you need at speed. It’s within the operating range though. 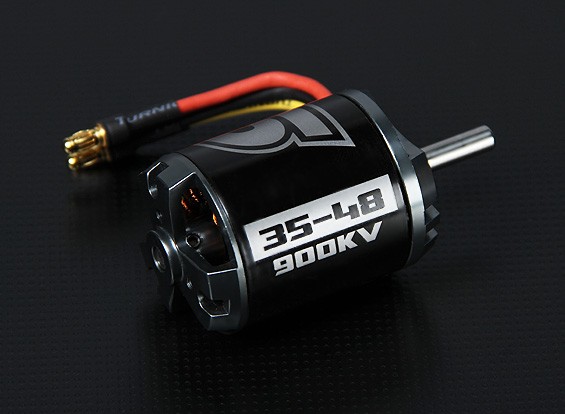 OK, I have done some testing tonight. My RC3_MIN and RC3_MAX were set correctly. The THR_MAX I have determined effects all assisted modes, but not Manual mode. Can’t wait to go test fly now with full throttle to see how she handles.

That motor is within spec and looks like this: 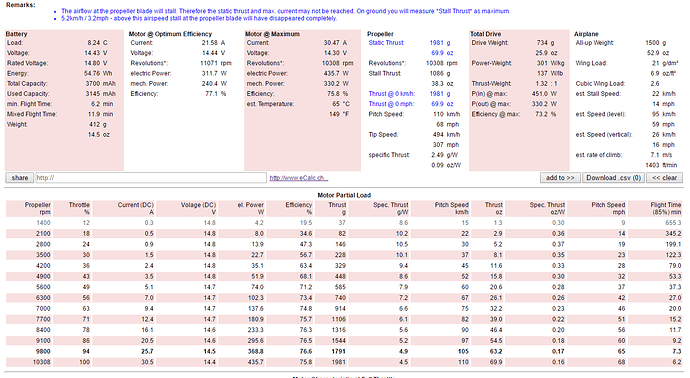 Cheers Jeff,
My tests on a fully charged 4s was seeing 32amps draw. Hope fly get some decent weather to test this weekend. Cheers, Paul

to not get power cut on take off, is it possible?