Why a full 360 degree roll during auto mission? Explained!

I got an unexpected and scary roll during an auto mission flight with my fixedwing. Never experienced anything like this before.

In the FPV video you can see when RSSI is down to 40% it seems to switch from AUTO to MANUAL mode shortly and then back to AUTO again.

Why did this happen?
I did not change any flight mode, so Who or What did?

The short and long failsafe parameters ( FS_LONG_ACTN ) are both set to 0 = continue. So I was expecting if a failsafe occur then it will just continue. But it seems here there is no Failsafe but just a change of Flight mode and after that some drastic full roll moves.

I noted in the log that the radio noise level reached the same level as the rc signal when this happened. Can noise do this?

Just luckily I did not lose the plane since it was getting back to Auto mode and the code regained control of the situation.

I don’t like this at all.
Have I missed some configuration setting?

Hi Karl,
Luckily the roll went well. Could you post a link to the logfile ? Without looking at the logfile, any answer will be a guess at best.

very likely you had a short failsave and preassigned failsave values for your rc chanels.

Thank you for replies!
Yes, of course, log file and some setup details.

Its a vTail fixed wing Zhod talon gt with a pair of rfd900 for telemetry and transmitting the ppm for rc control. Flight controller Mateksys F765-Wing. 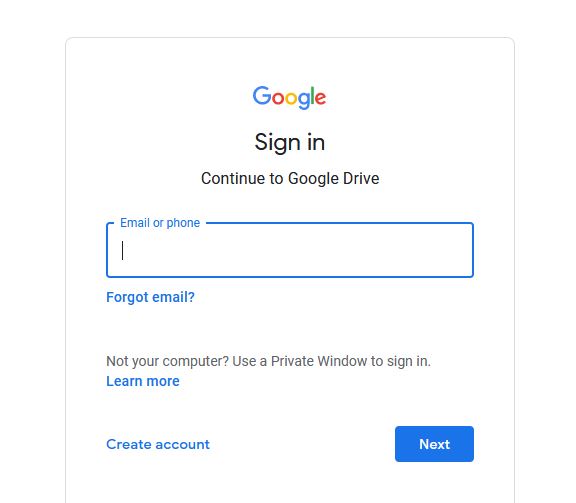 Wow, that would have got my heart rate up.

RFD radios won’t send a failsafe signal unless there’s a physical problem with the radio or the wiring between the air unit and the FC. If they have a loss of signal they will send a pre-selected signal like a normal RC receiver. Test your plane on the bench and see what it does when you turn off the radio. See what mode it goes into. Based on your video I’m going to guess it will go into manual mode.

Side note, I would expect much better performance from an RFD900 than just 600m. Are your antennas okay?

Here’s a workaround I came up with to have the RFD radio trigger failsafe to the FC.

Based on what I’ve read here I know I’m not the only person struggling with the failsafes on the RFD900X. I think I have a work around. My problem has been that when I set up the failsafe as per the RFD instructions the Pixhawk does not recognize the failsafe condition based on throttle failsafe. During testing (turning off the radio) I could get it to trigger an RTL mode so it was functional but not ideal. I’m using: TX16S (2.3.9) and Yaapu Telemetry RFD TXModV2 and RFD900X (Both on 3.16) …

Sorry sorry sorry, unintentionally didn’t set the access to anyone with the link.

It will work better now I hope:
https://drive.google.com/file/d/1HK-9TK6cC5uwfDxeZE7HY3na8fhcbsOs/view?usp=sharing

If that doesn’t work, I will try find another host location for the file.

You can see the RSSI value going down till it drops to a minimum value. At that moment all your RCin values drop to their minimums (about 1000). This includes Channel 5, for modes. The FC doesn’t recognize the failsafe and it sees a command for manual mode with the elevator pulled back and the aileron full stick deflection. You know what happened next. Luckily as soon as the link was re-established channel 5 went back to Flight mode 3=10 (auto) and the FC was able to regain control. The airspeed was dropping because of the maneuver so I bet another second or two and it wouldn’t have been able to recover.

As I stated before, RFD900 radios do not send a failsafe signal to the FC, they just keep going and in this case yours sent all RC channels to min values. I offer a few suggestions:

Edit: Since you have both failsafe values set to 0 you may wish to consider still using my work around so at least the FC will see the failsafe condition and not cause the stall/spin crash. Is there a reason you decided to set them to zero?

Wow, thanks a lot guys!

Mystery solved.
Looking back I should of course have tried first on the ground to unplug the radio and checked it behaved as expected.
I did try to use Mission planner simulator to trigger a loss of rc signal but could not figure out how and just moved on

On your sidenote question Why the limited range with the RFD units. They were set to signal strength 20 (out of max 30) that is 100mW at the time. Since then I cranked it up to 26 and got around double the range. However, I still think its less than expected. I made a dipole antenna on the plane side myself, maybe I will try and buy a proper one next time.

I’m just looking at some of the RSSI readings. (I’m stepping way out of my league here so take this for what it’s worth) I noticed that the moment when things went bad isn’t your furthest point from home. The noise level peaks, but only slightly at this point so maybe it was a combination of things. To me this suggests that your antenna position should be changed. Perhaps you have horizontal antennas on both your RX and TX? If that’s the case consider mounting them both vertically. And for testing consider using a known good antenna. Your RDF900 should have come with a couple of different styles to try out.

This link explains how to calculate your theoretical range. Using this model I would have said you should have a 6km range. (I can’t explain the calculation, I barely understand it myself). When I apply the same math to my plane with a stock antennas I estimate 28km. I’ve never tested it to be sure but let’s say I’m not worried about a few km.

Edit: Since you have both failsafe values set to 0 you may wish to consider still using my work around so at least the FC will see the failsafe condition and not cause the stall/spin crash. Is there a reason you decided to set them to zero?

My intention is to let the FC be aware of a failsafe. The reason I put both short and long failsafe to 0 is, if on a Mission then I want it to carry on the mission. While if the failsafe occurs In other modes, like FBWA, then I want it to switch to RTL. So I will have good use of your workaround post!

I’m just looking at some of the RSSI readings. (I’m stepping way out of my league here so take this for what it’s worth) I noticed that the moment when things went bad isn’t your furthest point from home. The noise level peaks, but only slightly at this point so maybe it was a combination of things. To me this suggests that your antenna position should be changed. Perhaps you have horizontal antennas on both your RX and TX?

You are correct about the distance is not the furthest from the home when lost connection, however I think its the lowest altitude, at that waypoint its supposed to go down to 20m to have a look at some fishing gear, else its around 35 m. Thus less range I imagine.

For the position of the antennas:
on the TX side I have the long stock antenna vertically and the little chubby stock antenna mounted horizontally.
on the RX side the stock chubby is mounted in the left wing horizontally and my DIY 900 mhz dipole antenna is mounted vertically further out on that wing.
I suspect the power supply of the TX might not be enough and also my DIY antenna might not be tuned well.

I will have a look at that calculator - thank you!

Hey guys,
just wanted to pay something back for your kind attention of my issues.

This is a video after cranking up the power of the RFD so no more more issues of failsafe, but the fail safe is not yet resolved as it will happen in the future, I will fix that later with the input of you guys.

Just want to give you some summer footage that you might like this winter season?
your names implies you are in Europe and its now pretty cold and a snowy place?

As a land locked Canadian, your video is a nice treat on a number of levels. Thank you.