Hi chaps, I just need to know (because I am very confused) which is the latest, a Pixracer V1.0 or R14? There’s a lot of sellers out there…

Or is it more complex than this?

The original one is the best 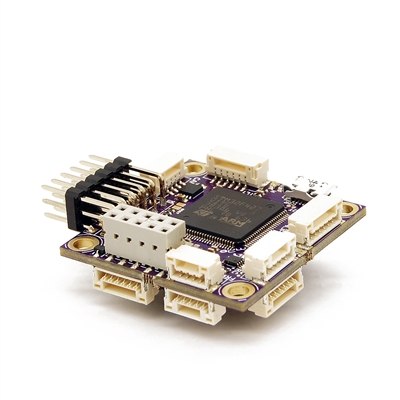 Many people will mistakenly believe that the PixRacer is just a standard 'racer' controller that lacks many of the functionalities of a complete autopilot system. Well, don't be fooled! PixRacer has all the capabilities of the original PixHawk...

Try to buy the original

I would personally choose a different controller. Read here:
https://discuss.ardupilot.org/t/pixracers-keep-bricking/12654/86

Not my experience, and I’ve “punished” my pixracer a lot…

Agree. I have 3, one genuine, and they all perform great One is on a mini-quad that has had some spectacular crashes and it’s going strong… The difference between the V1 and R14 on the clones is a revision they made on the R14 to correct a Spectrum satellite bind issue.

Happy for you both, as per the linked discussion others have had significant problems with very poor response from the original company, who are still involved to some degree. There are lots of other options out there.

I have had mine for a few years now and have had a few crashes with it. No problems works just great.

In fact I had to re-solder the WiFi plug as it got tor loose from the board. Since then I put it into a case and tried a face plant into my drive way. Still works like a charm. Copter not so much.

I did however have to replace the power supply board as two of the control wires crossed and burned out the control signal. Had to repair the cable to fix the issue. Now works just fine.

I have also had mine for a couple of years, stuffed into ZMR250’s and they have worked fine.

Some of the original batch if I recall correctly.

I also had good support from the supplier.