I want to put a controller to run Ardupilot in thew new OMPF ZMO VTOL. I will also need to put a raspberri pi 4 in there for other purposes (telemetry, camera, etc) so space is going to be limited.

So I am asking for a recommendation of the smallest controller that:

Here are some videos of the size of the fuselage area:
Go to 1minute: 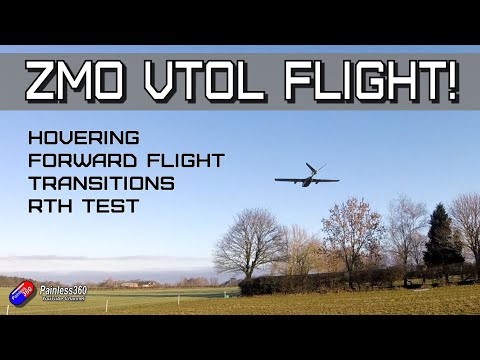 Go to 1minute on this video too: 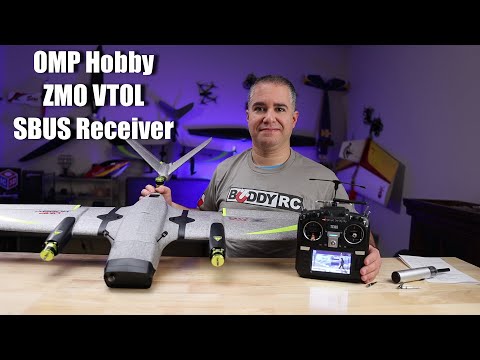 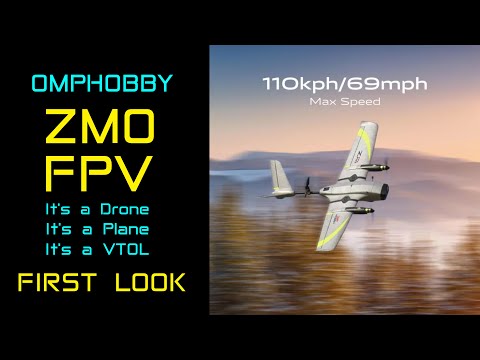 You might want to follow @techspy who is already working on getting an Orange Cube to replace the OEM FC. I, myself, am thinking of doing this possibly with a 3DR Pixhawk Mini or Pixhawk v2 that has the 2MB RAM. Having said that, for all intents and purposes, any Pixhawk v2 or later should work. It may just be your budget that will serve as the limiting factor.

While I’ve not used one, Airbot is partnered with CubePilot and makes a mini carrier board. If you’re interested in the Cube Orange, that may be a good option for you.

Yep, cube orange installed. It fits but will have to be creative on location of the Herlink Airunit. Prob mounting it inside the front hatch cover. Dont trust the stock servos. I had the system powered on while adjusting the params in mission planner and all the sudden my servos lost power. Something was shorting out the BEC. Double checked all connections and wires. Finally pulled out my Seek thermal camera and immediately found one of the vtail servos was hot. Unplugged it and everything worked again. Tried a servo tester on the servo and it let the magic smoke out of the tester. It is toast. Maybe this is what damaged the stock flight controller. I was able to remove the vtail and test fit THIS servo I had laying around and it fit perfect. I am not going to use this servo but will match the size for a higher quality one. And I will replace the anemic servo wires while at it. I am going to replace both tail servos and look hard at the tilt and aileron servos.

Nice… I just bought this plane as well so looks like I will be working on a very similar project!

I was going to use a Raspberry Pi instead of a Herlink, do you think there is any more space where the flight controller is or not really? I hope it will fit where the DJI air unit is if not. But I really wanted to put a bigger battery in the unit and if I use that space up there I don’t know if I will be able to. Possibly do some 4G LTE modem install stuff.

Thanks for creating the 3D part to mount the orange cube! Anything else I need to modify? Are you sure your servo didn’t just burn out?

Is there a way to send a private message or etc to you techspy?

do you think there is any more space where the flight controller is or not really?

I’m sure you could use a much smaller Flight Controller than a Cube Orange on a Mini Carrier if you wanted to. The Matek H743-Mini board has 11 outputs and it’s 36x28mm. Even the Wing version is smaller and it has a bit friendlier Form Factor. And they take direct battery power.

That’s the point. The servo DID “just burn out” and was brand new. It was just sitting on the bench with no binding or anything. When I got the plane the flight controller was bad. The ruddevators were at full throw at mid stick and one tilt did not work. I swapped the tilt plugs and it stayed on the same port. Thinking the servo being bad killed the flight controller.

Anyway, be careful adding too much additional weight with a larger battery. The min speed this thing flies on the stock flight controller is pretty high. Maybe they found it had a high stall speed in testing. The only reason I am tight on space is because of the antenna length etc of the Herelink air unit. It limits mounting options.

Okay awesome I am going to follow your build.

Are you able to reuse the GPS sensor and flight speed sensor that came with the plane on the Cube Orange/Ardupilot?

You will need a lot of outputs obviously. I had to use some of the aux outputs on the cube. The stock gps doesn’t have a compass, or at least it wasn’t detected. I wanted a compass a little further away from the ESC so I swapped out the gps for another unit with compass and baro. I will probably add another gps for blending. I have dual gps on my Swan K1 and like it. I put the stock gps in another build and it works fine. The stock plane didn’t have any “flight speed sensor” but I am installing a matek air speed sensor with a custom pitot. Check my build thread for details and drop any additional questions there.

I can also solidly recommend the H743 series from Matek. My experience so far has been very good.

Okay cool I bought the Orange Cube + regular sized board, printed your 3D mount plate, Matek Digital Airspeed Sensor ASPD-4525, and Hero 3 GPS. Let’s see if I can get it to fly!

We are using a H743-V2 Wing. So far it has been pretty good and the price is right.

We also tested f405-wing and a Holybro Pixhawk5x. My favorite was the Pixhawk5x but budget made us choose the H743. The f405-wing had all sorts of problems that I was never able to trace out. Eventually I scrapped that board but I do have one flying in a Tundra V2. Plus I hate the microusb among other things.

I see–yes I plan on trying out some autonomous flying and so I saw that the Cube Orange has mechanical separation of the sensors and vibration protection so I went with that. Let’s see how it turns out, it was quite pricey!

I have had 2 mateks exhibit odd issues lately (765, 765wse) that i ended up having to replace and have another one that seems strange that I am still investigating. Hence spending $300 for a cube orange with adsb carrier and redundant sensors.

what about trying to put the parrot disco chuck on the zmo vtol would it work ?