When do users need propellers installed on the work bench

I like to get an idea when i need to install props during the build. I say never use props on the bench do all your setup including arming motor test and the like.

Install the propellers outside (well, before the flight

).
It is a dangerous thing to arm the vehicle inside with propellers.

an option when working on machines is to build a smoke stopper, essentially a xt60 extension with a 12v bulbs in series, it acts like a current limiting resistor limiting the current the machine can pull down to around an amp, so it will just cut out if it tries to spin up but it will let enough power through so it can run all the electronics fine. 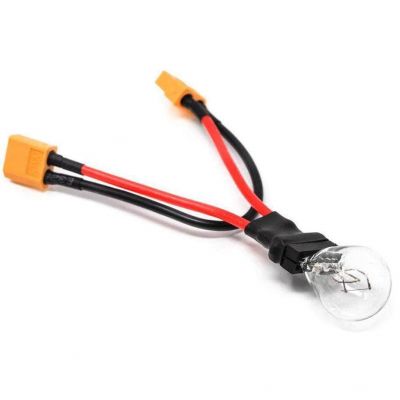 a current limited bench power supply also works, just set it to 1a.

Well, there is the one recommendation to swap props by one spot over to the next motor when testing your PM.
In that way drone is pushed into ground whilst using a high current similar to flying. → This allows to check if your MP is calibrated correctly and showing the expected amps.

But other than that unsafe to use props indoors.

Well, there is the one recommendation to swap props by one spot over to the next motor

This used to be the safest way to perform Compass Motor Compensation also before Magfit was available.

I can’t think of a reason to spin up a propped multirotor on the bench.

I’ve just seen it mentioned again by a developer in a recent post. As this is the only practical way of testing the current measurement without having aces to advanced electrical test equipment. - As it was always recommended to have at least 5A but better over 10A for a reliable test. (unless using a PM with HAL sensor)

I have always used the charged mah/logged mah calculation to determine the amps/volt value as it’s simply ratiometric. It get’s close enough for the purpose it’s used for.

Yes, with your experience I’m sure you can do that sort of thing in your sleep.
But what does a Newbie do who doesn’t even know how to aces log files?
…Anyway, I guess always up to the individual which approach they are more comfortable with.

to calibrate current sensors i usually hook the power module up backwards and charge a battery through it using a fixed current from the charger. discharging would work but my charger could only discharge at a very low rate.

I’m fortunate enough to have access to laboratory power supply where I can dial the exact voltage and current I want.
But I know this is rather unusual.

I have used this method and a bench power supply. You will find that using current consumed vs logged to adjust the amps/volt value is remarkably close. Realizing some of these PM’s are non-linear anyway, close enough for horseshoes, hand grenades and as a Flight Time metric!

My general rule on the bench is: Props on or battery connected, but not both. Play this game long enough one day you’ll have brain-fart and the motors will start to spin on the bench. I was lucky and the props were off but it solidified the rules for me.

I’ve also been using the current consumed vs logged method. You could almost argue that it’s less effort than nearly everything else. I’m going to fly the quad and charge the batteries anyhow, an extra minute to do some quick math and move on.